Super Rugby AU Teams: All the lineups for round six

Super Rugby AU has come around full circle as the teams head into round six.

The Brumbies sit clear on top after the first five rounds and will face the Rebels at Leichhardt Oval on Friday night, looking to keep their clean sheet intact.

On Saturday, the Waratahs host the Reds at the SCG looking for revenge after their round one defeat to their fierce rivals.

The Rebels have made four changes to their 23 as they look to upset the ladder-leading Brumbies.

Halfback Ryan Louwrens's season is over after he underwent surgery on a torn biceps against the Force, opening the door for the return of James Tuttle.

Fiji international Frank Lomani will start against the Brumbies with Tuttle, who has battled two consecutive achilles injuries, coming off the bench.

Lock Matt Philip returns to the starting side while Esei Ha'angana is rotated out of the 23.

Young backrower Josh Kemeny replaces Michael Wells at blindside flanker and Brad Wilkin is elevated to his first start at no. 7.

The shuffling doesn't stop there - Andrew Deegan will take the reins at 10, pushing Matt To'omua to 12.

Campbell Magnay makes hi return from injury to start at 13, a move that means Billy Meakes is on the pine.

Andrew Kellaway returns to the wing after a stint at 13 and last week's debutant Tom Pincus drops out of the 23.

Michael Stolberg comes onto the pine as well in the forward changes.

The Brumbies have kept things fairly stable, making just one change to their starting XV.

Andy Muirhead starts in place of Tom Wright, who is being rested, and Len Ikitau comes onto the bench.

Ryan Lonergan also comes into the 23 after battling an ankle injury in recent weeks.

The Waratahs welcome Lalakai Foketi back from injury in the biggest change to their starting XV after a two-week break.

Foketi has battled a hamstring injury in the opening half of Super Rugby AU but has been cleared to start against Queensland.

Jake Gordon is starting at halfback after a successful return from injury last weekend.

Captain Rob Simmons has been cleared to play despite suffering a rib injury in the Waratahs' round four clash.

Angus Bell returns to the 23 after a back injury and hooker Andrew Tuala replaces Joe Cotton, who has been released to club rugby.

Reds back Jordan Petaia has been with a starting spot after his superb return from injury against the Brumbies last weekend.

Petaia is the only change to the starting XV, replacing Chris Feauai-Sautia (calf), but there are some switches on the bench. 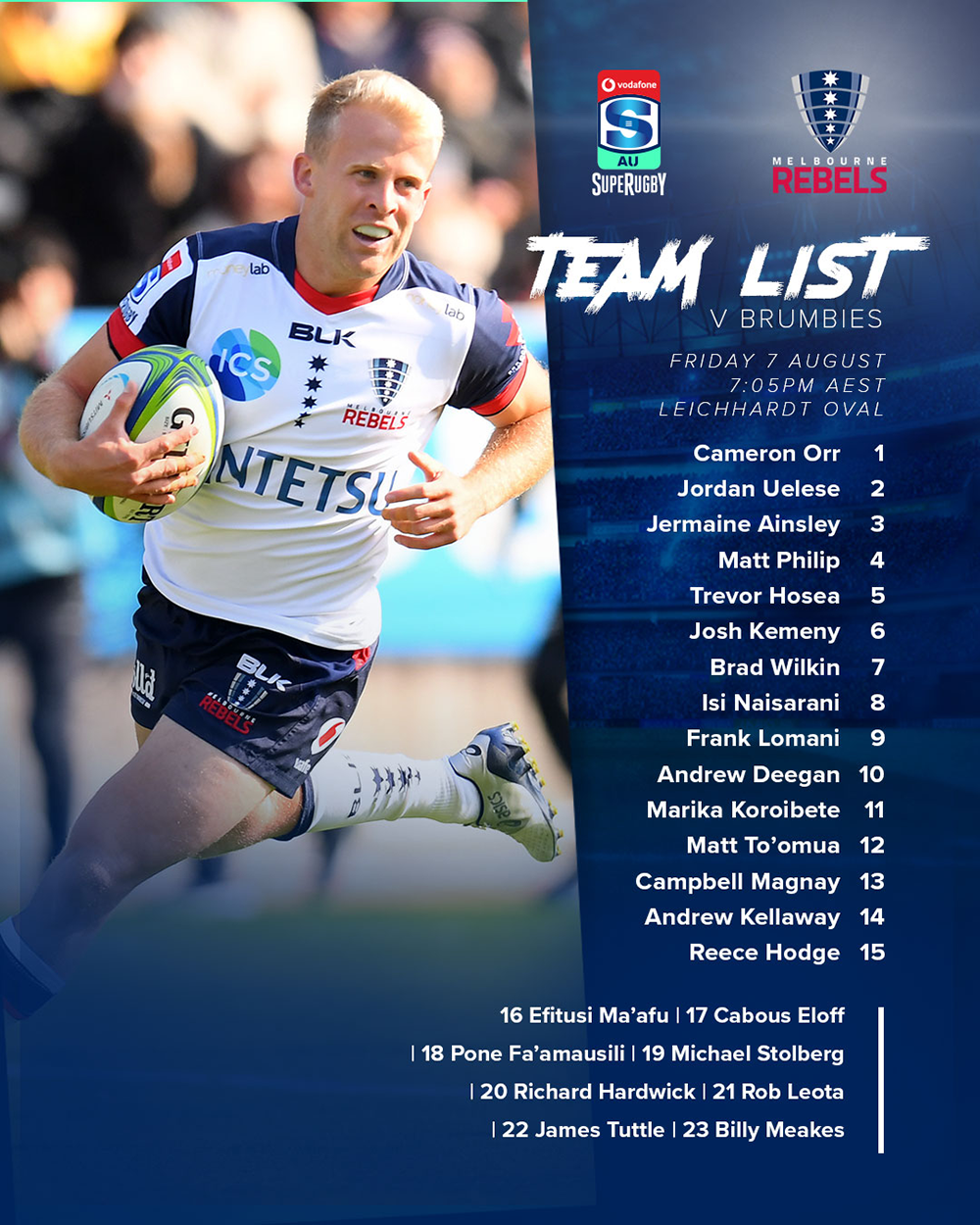 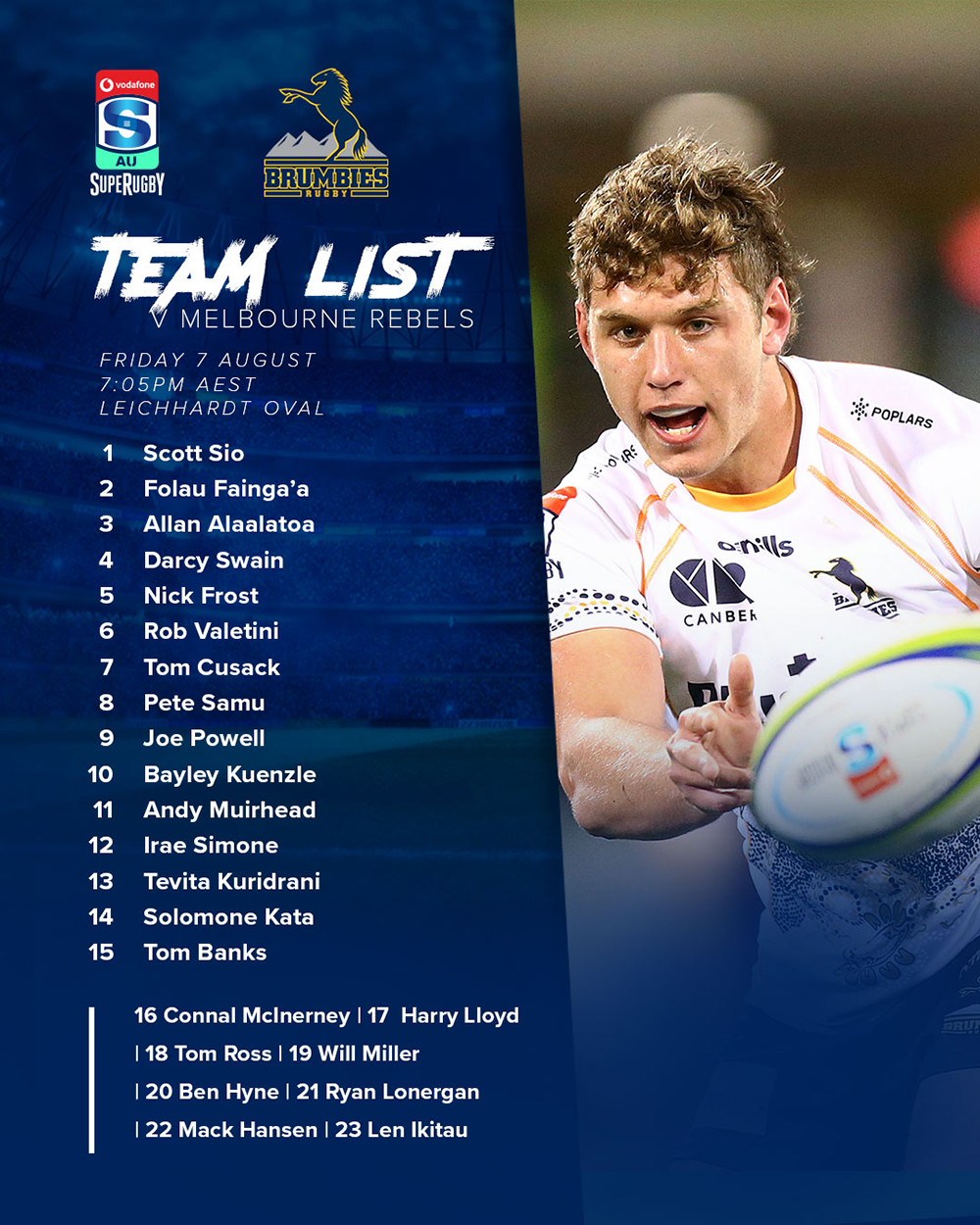 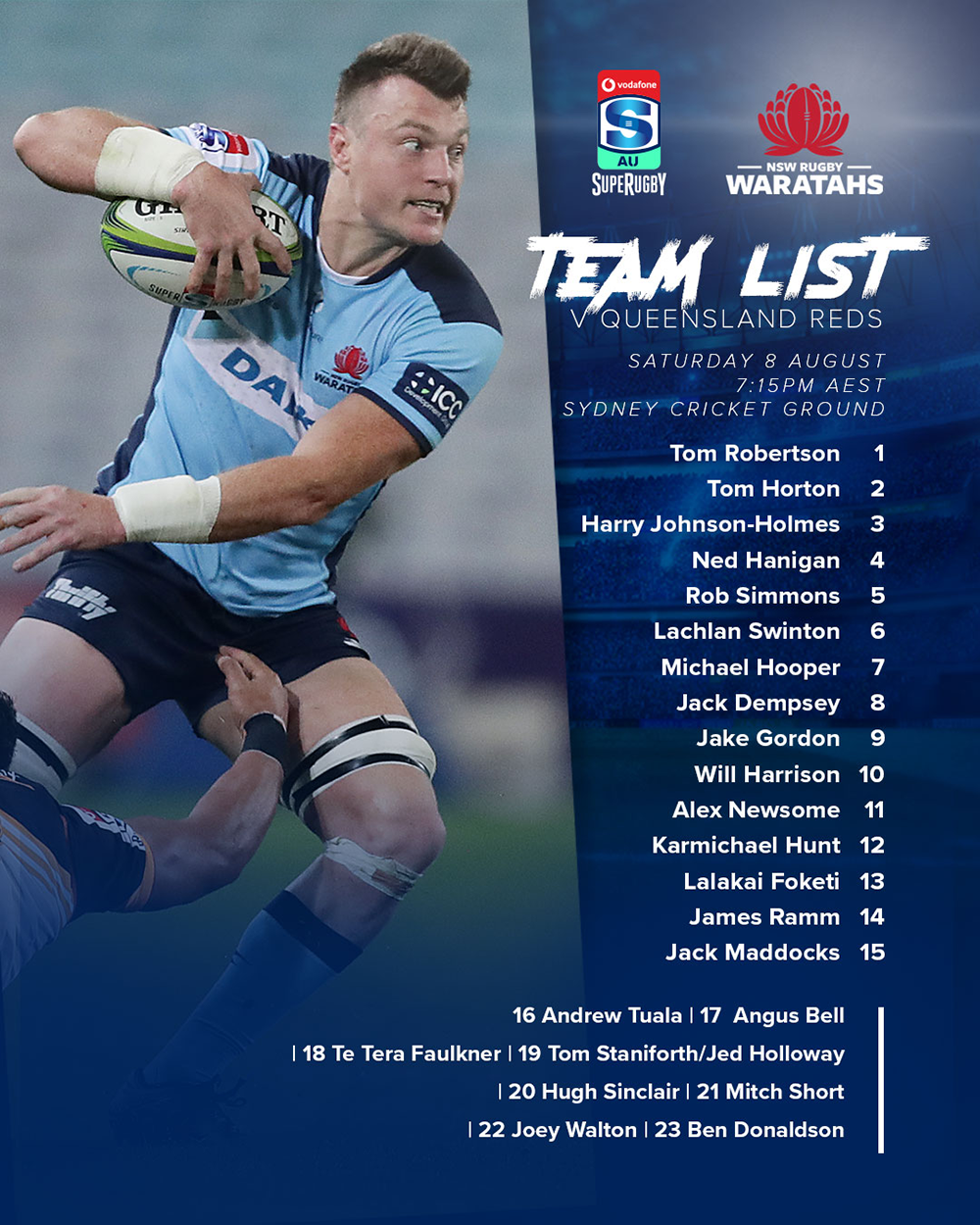 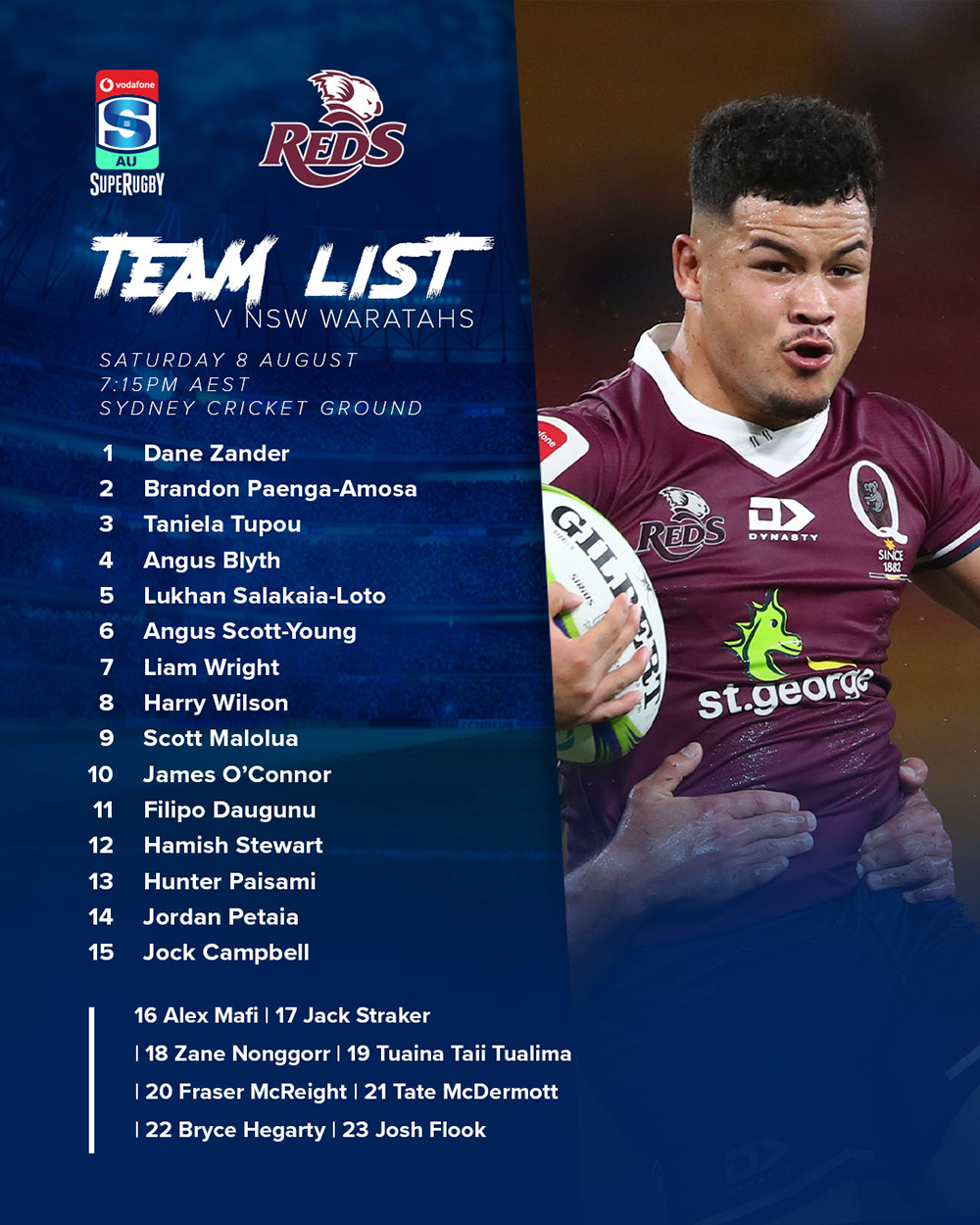