Brandon Paenga-Amosa is sporting Ma'a Nonu-esque braids but the Reds hooker says that's where the similarities end between he and the All Blacks great.

Paenga-Amosa has had his hair braided in a similar style to Nonu and former All Black, something that takes more than five hours to do.

A hooker, Paenga-Amosa's arsenal is far different to centre Nonu's but he hoped to channel a little bit of the cult figure and fellow Test star Rodney So'oialo.

"I've been inspired by Rodney So'oialo, Ma'a Nonu, a bit of that predator vibe," he said.

"I've just got to find a headband or a rubber band that can hold it back, it went a bit wild against the Brums out there."

As for whether he might be emulating the ball-crashing Nonu in any on-field areas, Paenga- Amosa was quick to play any similarities down.

"Maybe if I can run a 10 second flat 100 metres maybe I can play out in the centres like he did but I don't see that any time soon because I'm slow as and I'm a front rower," he laughed. 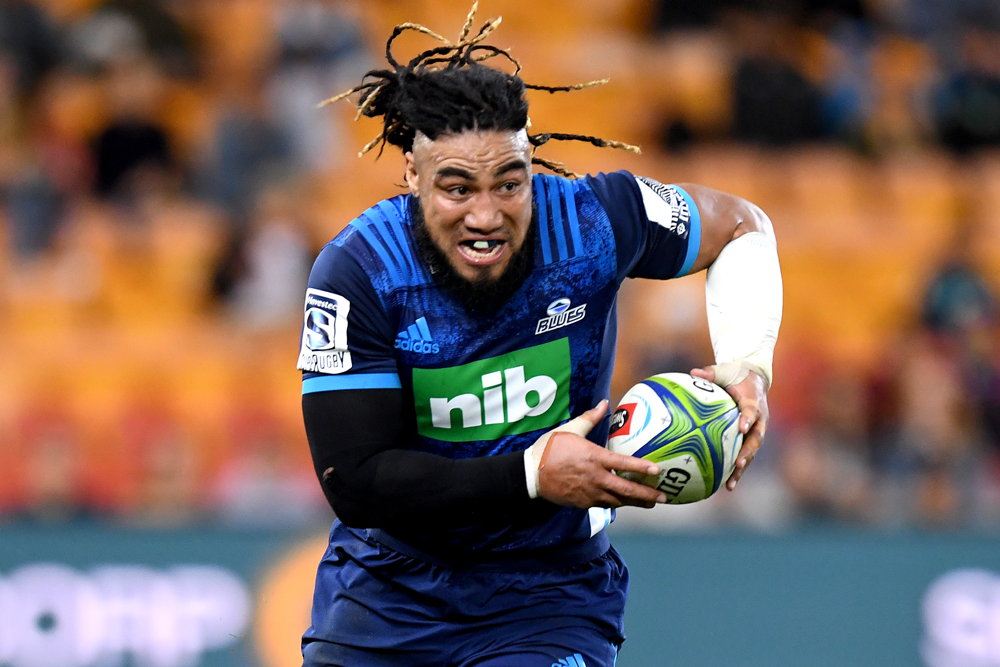 The Reds hooker's focus this week will be on shoring up a wobbly Reds lineout that was dismantled by the Brumbies in a last-minute loss in Canberra last weekend.

"It's a mixture of things, it wasn't any individuals at all," he said.

"It was our whole forward pack, we definitely have put a lot of time into it doing our extras, jumpers lifting, our throwers as well .

"That's been a big focus on the forward pack this last few days."

The Reds went down in the 83rd minute against the Brumbies last weekend and Paenga-Amosa said they were still feeling the pain of that defeat.

"It was a tough loss. That one hurt, especially because we know we did a lot of good things out there and we definitely know that we deserved the win," he said.

"But we've definitely built momentum heading into the Waratahs so we're excited to take the field and to give it to them.

"Emotions will be high. Certain individuals will be out there to prove a point so I know they will definitely bring a lot.

"But I know us Queenslanders will definitely go in, play smart, stick to our processes that we know best, which is good, hard, tough strong Queenslander footy."

The Reds take on the Waratahs on Saturday August 8 at the SCG, kicking off at 7:15pm AEST, LIVE on Foxtel, Foxtel Now and Kayo Sports. Buy tickets here. Buy a Kayo Sports subscription here.

Want to have your say on the Super Rugby AU season so far? Give us your feedback to go in the chance to win a signed Super Rugby jersey. Survey takes less than 5 minutes to complete. Click here

Today at 11:06 AM The Rugby Championship
Feature

Today at 9:00 AM The Rugby Championship
Feature