Welcome to Club Corner, our weekly series where we cover the best of Australia’s Premier club competitions.

The Hospital Challenge Cup kicks off in flying fashion this weekend in Brisbane, the latest premier grade competition to get underway.


The Waratahs have released a handful of players to return to club rugby for the remainder of the Super Rugby AU season.

Under biosecurity measures, Super Rugby squad players haven't been allowed to return to club training or games but the Waratahs have made the call to allow some squad members to play.

Unless restrictions ease, the players won't be able to return to the Super Rugby squad for the remainder of the 12-week Super Rugby AU campaign.

With the Super Rugby season to finish before club rugby, Waratahs players will likely be cleared to return to Shute Shield after the season.

NSW rugby general manager of rugby Tim Rapp said it would be a good opportunity to give some rookies regular game time.

“These lads can train until the cows come home, but if we want to see them improve as footballers they need to be playing week-to-week against men,” he said.

“They’re chomping at the bit to get out there and play, it’s been a long lay-off with COVID-19 and the delayed start to club rugby – they’ll now get two or three months of footy under their belts before a returning for the 2021 pre-season.

“Our high-performance unit will continue to monitor their progress from a physical perspective and all players will have an ongoing dialogue with our coaching staff.

“Players right across the squad love getting back to their clubs, as much as their clubs love having them – it’s provides a huge boost to the competition."

“We’re home to the best club competition in the country and anything we can do to help further support that can only be a good thing.

Current compeittion heavyweights Sydney Uni and Norths are still to drop a game in the Shute Shield while Gordon and Randwick, both of which have struggled the last few years in first grade, are also vying for first place.

Newcastle also showed they may be the pick of the returning teams, pushing Eastwood all the way in their first home game of the season.

While they eventually fell 46-11, it was a scoreline that didn’t reflect how close the match really was.

Match of the Round

Manly vs Norths - The match of the round this weekend is an absolute no-brainer, with Northern Suburbs making the trip down Military Road for a tough clash at Manly Oval.

The Marlins have shown a lot of promise in the opening fortnight, and while losing a tightly-fought contest against Sydney Uni last week, did kick off their season with a win against the Two Blues.

Norths currently sit atop the table, off the back of big wins over West Harbour and Penrith. However, this weekend will be a big step up compared to those games.

The Manly - Norths clash will be live on 7TWO, with coverage starting from 3pm AEST this Saturday. You can also catch all the other games live on Cluch TV. 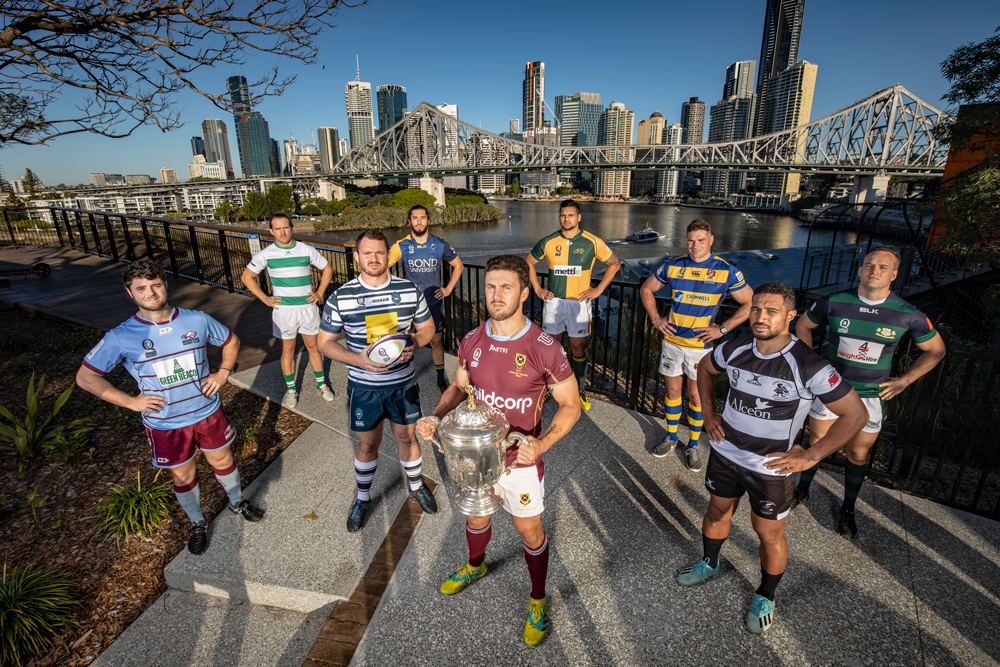 Queensland’s top premier competition, the Hospital Challenge Cup, is finally set to kick off this weekend, with several big clashes set to start the season with a bang.

The target will be firmly set on University of Queensland, the current premiers and pace setters.

Their consistency over the last few years has been impeccable, having featured in the last four grand finals, and winning two of them. The stage however is set for a very competitive season, off the back of all the premier clubs having representation in the NRC last year.

Match of The Round:

One of the best clashes in the competition, the first match to kick off the round is set to be among the most hotly contested.

Brothers fell at the final hurdle last year, going down in the Grand Final 31-26 to UQ.

They’ll come up against a Magpies side that hasn’t tasted a premiership in nearly five years, and who lost to Brothers twice during the 2019 season.

Expect plenty of fireworks down at Jack Ross Oval this weekend.

Norths vs University of Queensland

You can watch these games live on Queensland Premier Rugby’s Facebook page or at qld.rugby.

The John I Dent Cup continued to serve up several surprises, with each match of round two serving as an indicator of the increasing depth of the competition.

Last year's improvers Gungahlin received a massive wake up call with a loss to Queanbeyan, while Norths had to dig very deep to win over a fast finishing Wests side.

Then, of course, came the Bob Hitchcock Shield clash of the Royals and Vikings. While it’s early days yet, the season looks set to be one of the closest in recent memory.

Match of the round

For those who will be braving to head across the border this week, you’ll be rewarded with a fantastic match in Queanbeyan.

Some had written off the Whites following their crashing out of contention at the end of last year and their thumping at the hands of the Vikings in round one, but last week they showed they are still a very dangerous contender.

This week they come up against an Owls side that is still to drop a game, and will be looking to keep it that way to keep in touch with the Vikings.

Head to the John I Dent Cup Facebook page for their live stream of the all the matches of this round, kicking off at 3pm AEST.

Round Four of the WA Premier Grade saw several teams pick up their first win of the season, as well as a four way tie at the top of the table emerge between current premiers Cottlesloe, Nedlands, Joondalup and UWA. T

his weekend however will see a separation of the boys from the men, with the Gulls hosting UWA and Joondalup hosting Nedlands.

Expect to see plenty of movement in the ladder, as several teams will look to try and take advantage of this clash at the top of the table.

Match of the round

Of the two top-of-the-table clashes, the clash of second and first is one that folks in the west should not miss.

Both teams have displayed impressive performances so far this season, and definitely have earned their right to be at the top of the ladder.

While many may favour Nedlands, as traditionally one of the strongest WA clubs, this Joondalup outfit have proven themselves to have weapons all over the park, and will want to put forward a title claim with a victory here.

You can watch the selected match of the round (Perth Bayswater v Curtin Uni) over at wa.rugby.

The Premier Grade will have an emotional round of footy on the weekend, with the rugby community in Adelaide affected by the tragic loss of Quentin Fleischfresser, who refereed rugby in the city for over fifteen years.

Brighton and Old Collegians are currently the main contenders, however several teams, including Onkaparinga and current premiers Burnside, are starting to catch up and put together several wins.

You can watch a live stream of a selected match of the round (Onkaparinga v Old Collegians) on Rugby SA’s Facebook page.

The final regular season of rugby in the Top End sees a critical clash between South Darwin and Casuarina, with a home semi-final up for grabs.

Darwin University have now claimed the minor premiership, and having not dropped a game this season will likely be favourites for the trophy going into this weekend, especially with them effectively having a dead rubber match against last place Palmerston.

Finally, Tasmania’s season kicked off last week with wins to the Harlequins, Davenport and Taroona.

However, University of Tasmania and Glenorchy made impressive statements despite going down, which sets up several interesting clashes over this coming weekend.

Hobart Lions vs University of Tasmania

We hope you enjoy your club rugby this weekend, wherever you are!