The Super Rugby AU lineups are in for round four and there are some changes across all the teams.

The Waratahs have made a host of changes to their bench with Jake Gordon headlining the inclusions returning from a hamstring injury.

Rookie hooker Joe Cotton comes onto the pine as well, along with Chris Talakai and Jed Holloway.

Angus Bell, who was a late withdrawal last week with a back issue, is out of the 23 while young halfback Michael McDonald and no. 8 Will Harris also miss out.

The Rebels have made three changes to their side for the clash with the Waratahs on Friday night.

Rookie Trevor Hosea starting alongside Matt Philip while loosehead Cameron Orr comes into the starting side with Matt Gibbon back to the bench.

Reece Hodge will start in place of Campbell Magnay, who pulled up sore after training earlier in the week.

On Saturday night, the Force host the Brumbies at Sydney's Leichhardt Oval and both sides have been forced into some tweaks.

Bayley Kuenzle will start at 10 for the Brumbies in place of the injured Noah Lolesio but there was no space found for Reesjan Pasitoa in the 23.

Scott Sio sill start at loosehead as James Slipper shifts to the reserve tighthead spot and Nick Frost starts in the second row with Darcy Swain out of the 23.

The Force have copped two injury blows, forcing a reshuffle of their team.

Force captain Ian Prior has been ruled out of the team for this weekend after suffering a shoulder injury in his team's clash with the Reds.

Nick Frisby is set for his first start in Prior's place with Jacob Abel remaining on the bench.

Former All Black Richard Kahui will come off the bench after linking up with the Force last week.

Veteran prop Greg Holmes will miss the match with a broken thumb, replaced by Tom Sheminant. 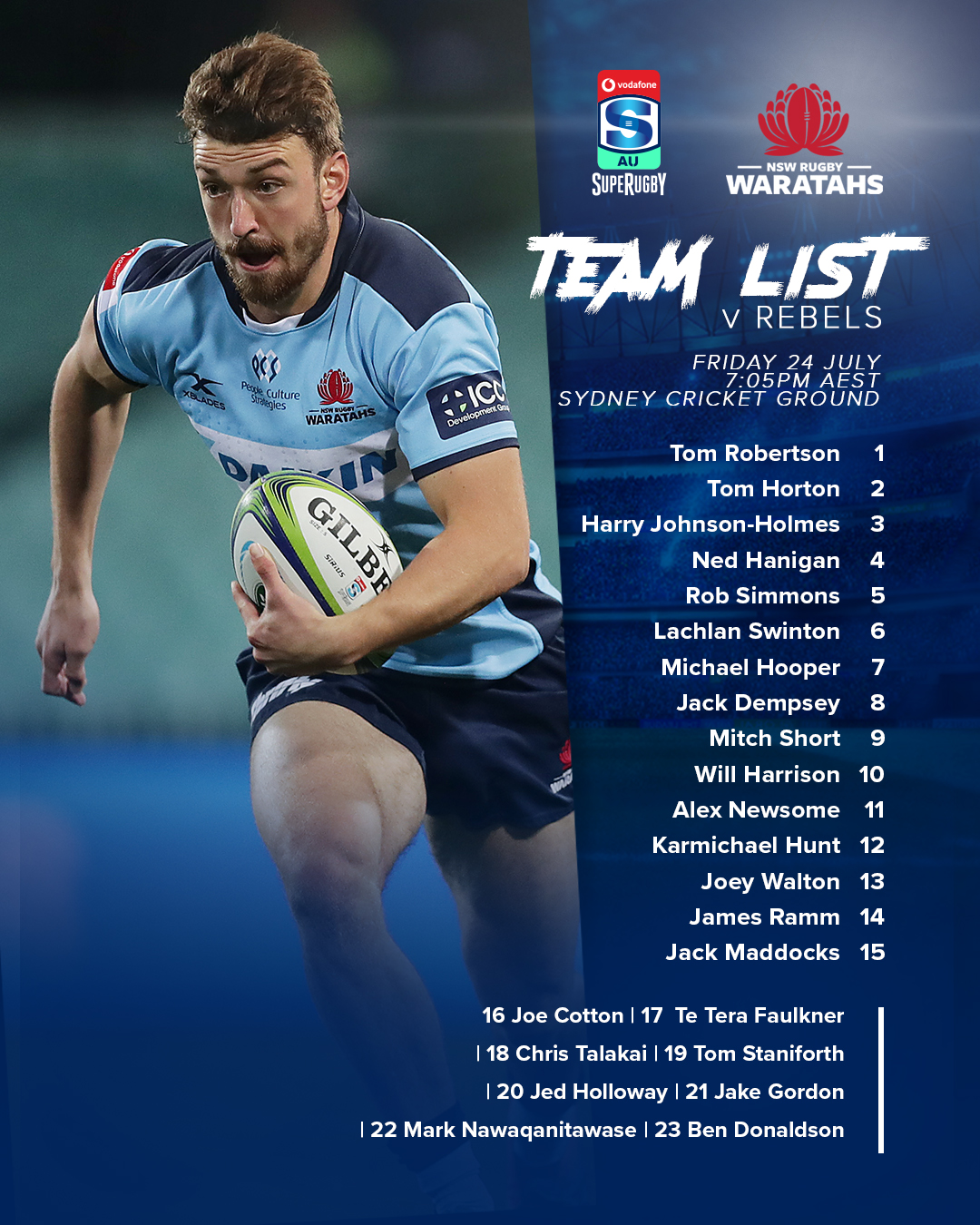 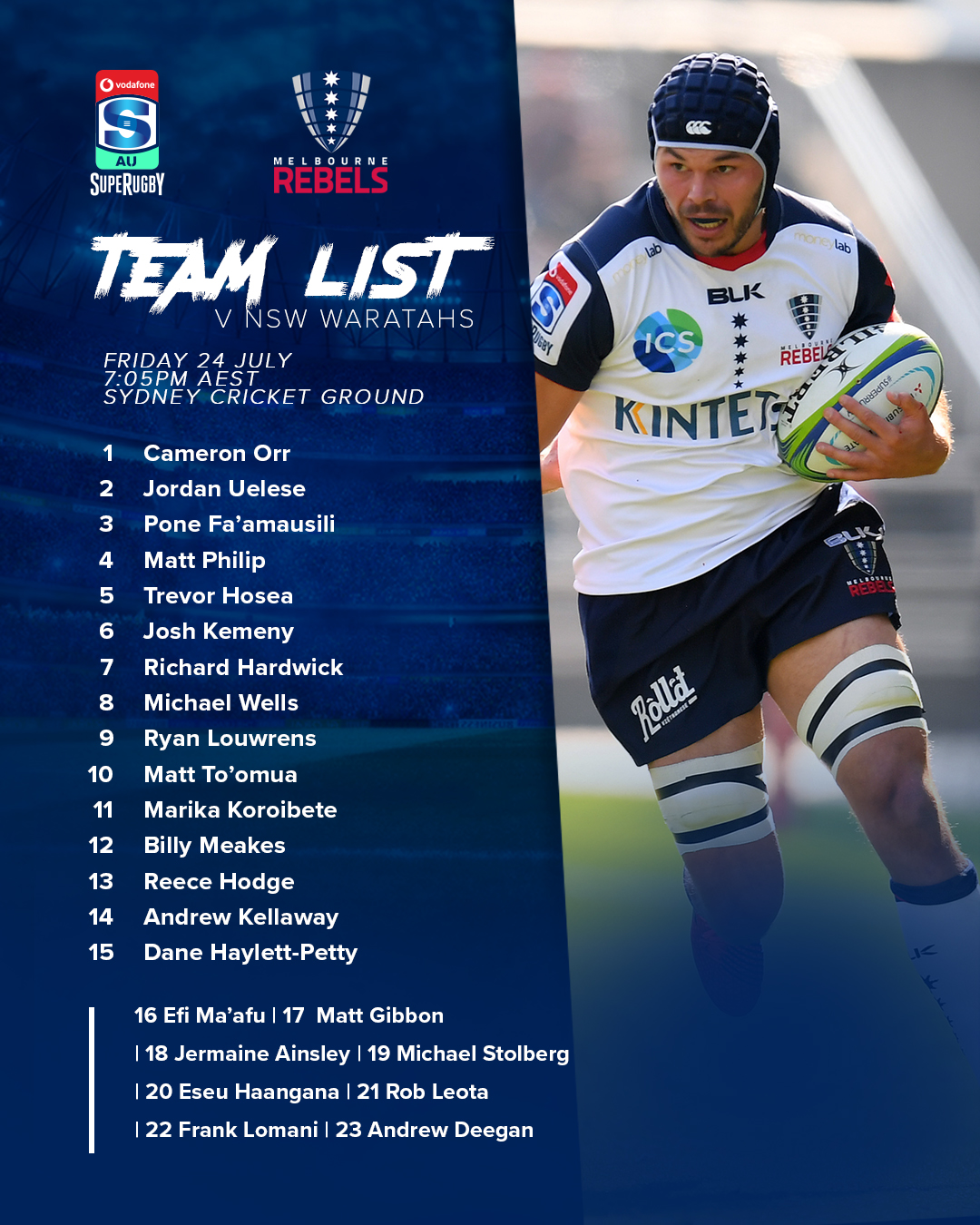 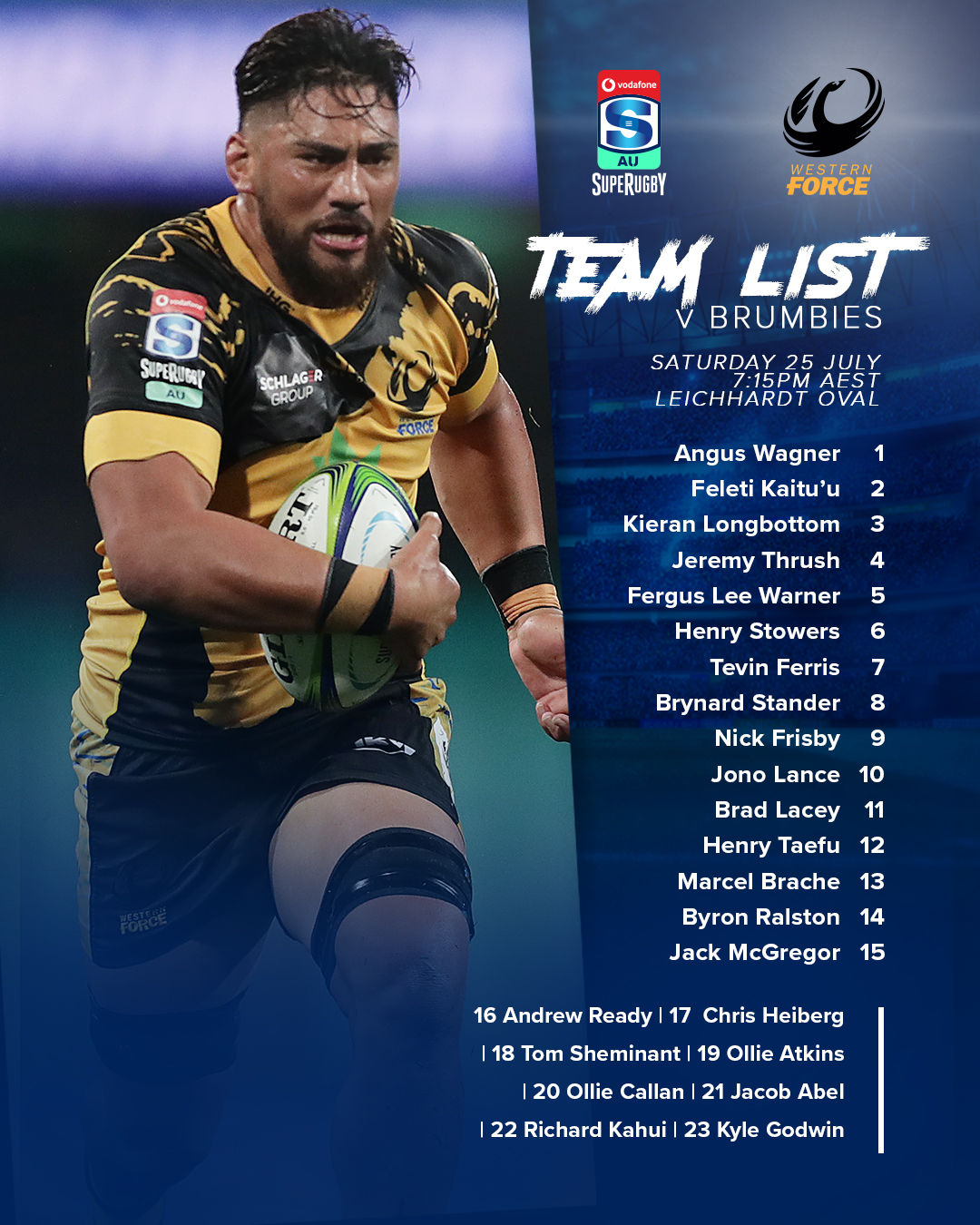 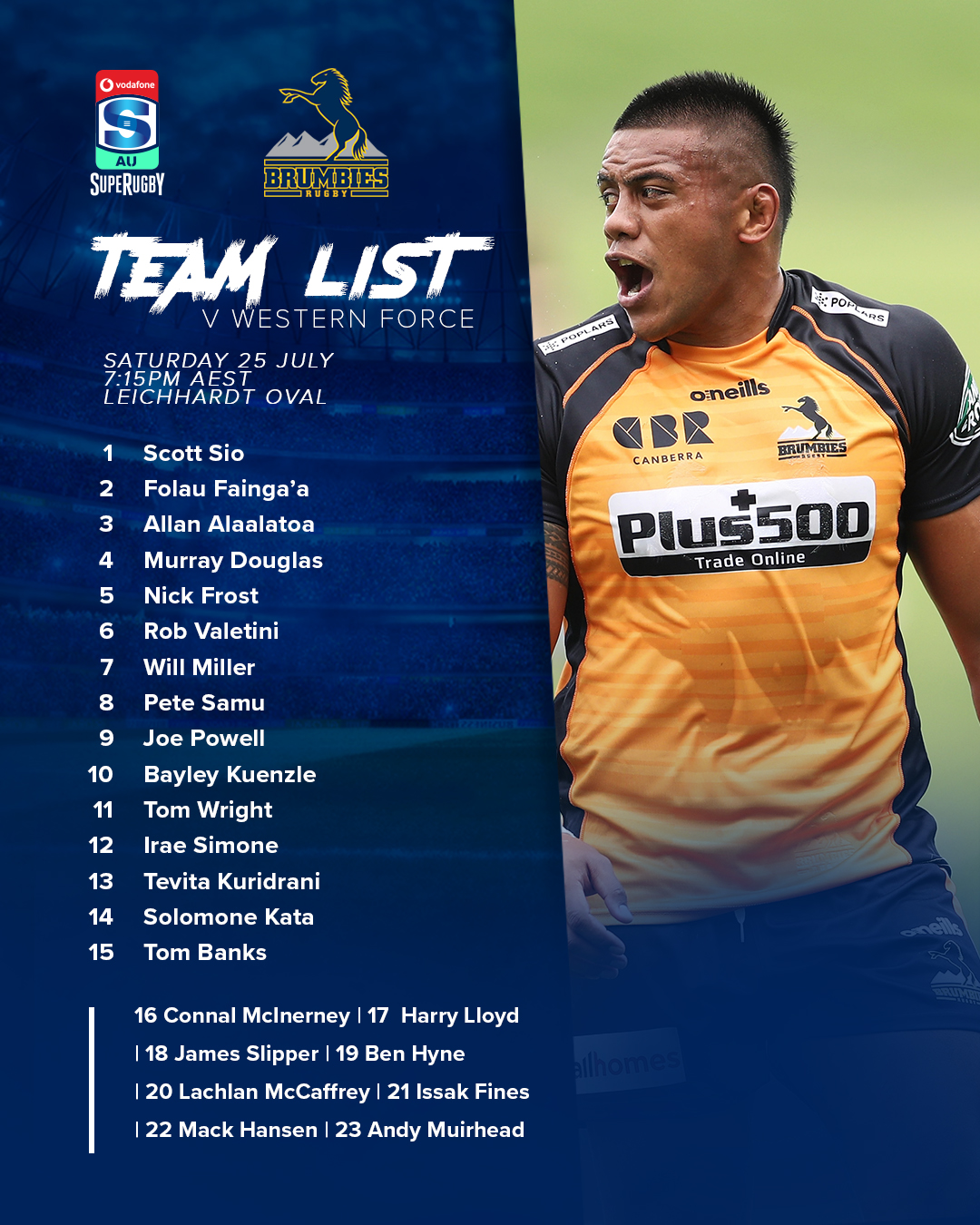 Jones self-isolating as England plans continue to be disrupted

Yesterday at 8:58 AM International
More News