World champions South Africa will not host any Tests this year due to the coronavirus pandemic, national rugby union chief executive Jurie Roux said Tuesday during a virtual media briefing.

July internationals against Scotland and Georgia were cancelled several months ago and Rugby Championship fixtures with Argentina, Australia and New Zealand were scheduled for August and September.

By late Monday, South Africa had 373,628 confirmed cases of the COVID-19 disease and 5,173 deaths, with the pandemic yet to peak in the most affected African country.

Roux did not, however, rule out the possibility of the Springboks playing abroad later this year.

He said there could be a revamped Rugby Championship in New Zealand, and talks were ongoing regarding a tour of Europe.

Triple world champions South Africa are due to play Italy, Ireland, France and Wales during November. 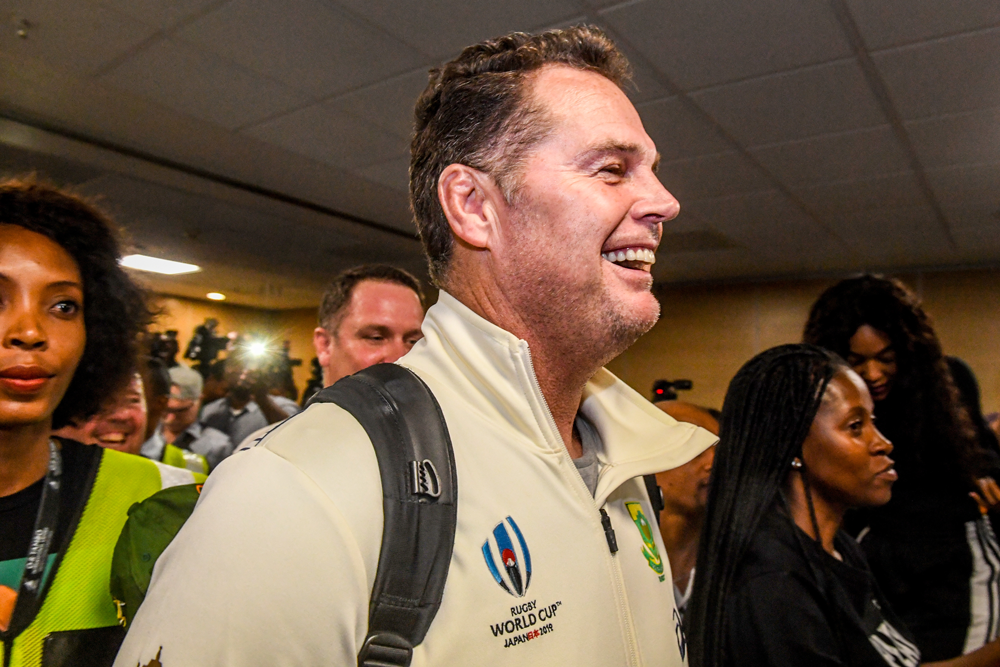 The cancellation of all six home internationals is a huge financial blow to the national union, which made small profits in the last two years.

New Zealand announced last week that they would create a new competition next year, including Australia and the Pacific Islands, but excluding South Africa and Argentina.

"There is a legal and binding agreement with the SANZAAR alliance, and anyone in breach of that would put themselves in a position to be held liable," said Roux.

"We have not been kicked out of Super Rugby. If anything, New Zealand kicked themselves out of it."

The 2020 edition was suspended in March due to the pandemic and New Zealand and Australia have since started domestic versions.

South Africa and Argentina have been much harder hit by COVID-19 than the Australasian countries with no rugby possible since mid March.

Roux said all options were being considered for the four South African Super Rugby sides (the Bulls, Lions, Sharks and Stormers) including moving to the predominantly European Pro14.

There has been speculation that a competition that includes four Irish and Welsh sides and two each from Italy, Scotland and South Africa, could be expanded to a 'Pro16'.

Were that to happen, current South African participants the Cheetahs and Kings might have to drop out.

France v Scotland to go ahead despite virus outbreak