One of Australian rugby’s best young prospects Harry Wilson admits the uncertainty hanging over the code is unsettling but says representing the Wallabies remains his “biggest motivation”.

Wilson scored a try in the nail-biting win to continue his excellent debut season, which has seen him catapult into national reckoning with incoming Wallabies coach Dave Rennie including the 21-year-old in his Players of National Interest squad.

Nor is it just this side of the ditch that officials are salivating over the back-rower’s potential, with three-time Super Rugby-winning coach Scott Robertson admitting he’d “fallen for” Wilson, before COVID-19 forced the temporary suspension of Super Rugby.

But while Australian rugby fans celebrated seeing the next generation of talent on display over the weekend, including in Canberra as the Brumbies picked up where they left off to beat the Rebels 31-23, just how much longer they get to see them in action on Australian soil remains the big question.

Rugby Australia is currently ironing out a new broadcast deal beyond 2020.

The longer it goes without one, the more players – and their agents – are having to look at ‘Plan B’.

Even if new Rugby Australia manages to secure one in the next month as hoped, the code faces a fight to keep its best talent. 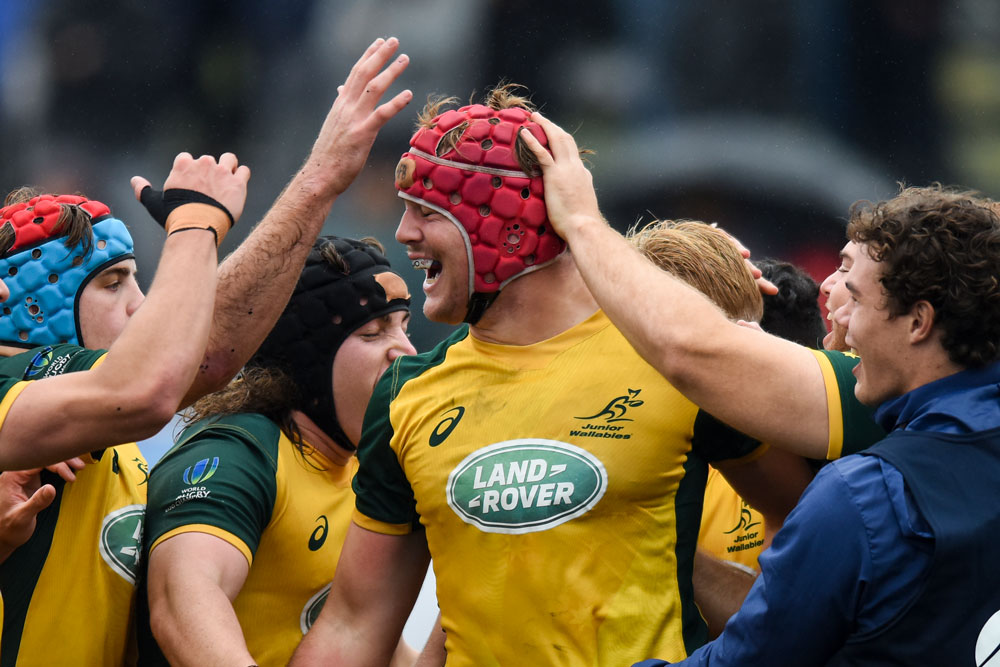 It leaves players, particularly those in demand like Wilson, in a vulnerable position of having to trust the process that RA can secure a strong deal to adequately remunerate its home-grown talent.

“Rugby’s such an important game in Australia for it to just to die,” Wilson tells RUGBY.com.au.

“I’m just trying to have a positive mindset that something good’s going to come and it’ll all be fine next year, but if it doesn’t work out I’ll go to Plan B – but I wouldn’t have a clue what that is.

“All I can do right now is worry about playing good footy and hopefully everything sorts itself out.

“It’s the type of thing you just worry about if it comes to it.

“I’m really not sure what I’d do. You’d have to consider your options, but I know my biggest motivation in rugby is to play for the Wallabies and that’s something I really, really want to do. That’s my No.1 goal.

“It’ll take a lot for me to ever leave, having not yet had the opportunity to play for Australia.”

Those words should comfort Rugby Australia officials and, at the same time, be considered when reflecting on the ‘Giteau Law’ eligibility criteria, which, at present, only permits foreign-based players to represent the Wallabies should they have given seven years of service to the game in Australia and played at least 60 Tests.

Already, too, new Wallabies coach Dave Rennie has said his preference is to pick from Australian-based players.

There are high hopes that Wilson will play a major role in the years to come under Rennie.

Wilson isn’t so big-headed to think he’s done enough to command a jersey, but he says the positive reinforcement has been motivating to continue his rise.

“It (Robertson’s comments) made me laugh,” Wilson said.

“I definitely appreciated it out of his mouth because he’s a bloody good coach and was a good footy player too.”

Nor does he know he’s the complete product either.

“I’ve spoken to him (Rennie) once and the assistants pretty regularly, which has been good,” he said.

“They’ve given me a few areas to work on, which is probably good because when they told us in the iso period to work on, the little one on one stuff you could do, but to actually implement it to training and games, it’s good because there’s a few big areas I have to work on in defence and in the set-piece.”

“I’m just using it for a bit more motivation to prove them right.

“It gives you a bit of confidence too. When you see nice things written about you or people say good things to you, it kind of gives you that bit more confidence, I can do this, I can play better or I belong here.

“I’m appreciating it, but I just want to back it up and make sure it’s not the only time they say that.”

Seeing the Reds to victories will do that. 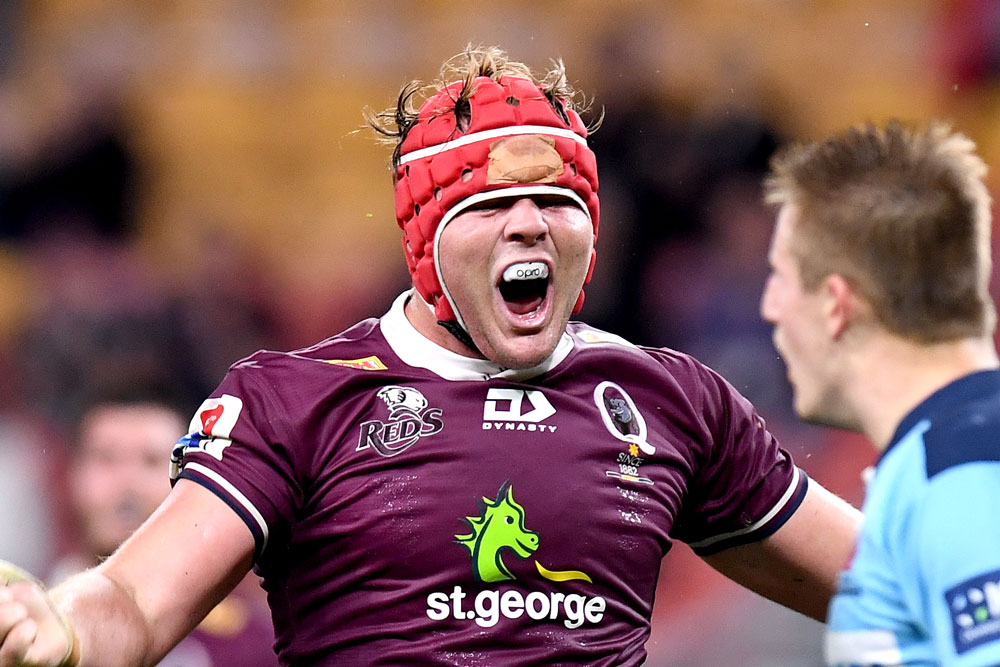 Wilson’s 64th minute try set the stage for James O’Connor to snap the Reds’ 11-match losing streak against the Waratahs with two late penalty goals. It was a victory seven years in the making.

“I was speaking to a few of the boys and they’d never won any type of cup with the Reds,” the first-year Super Rugby talent said.

“So, winning a little trophy leads to even more motivation, seeing we’ve won just one game – the first game of the season – but to get a bit of silverware, it’s nice having it in the sheds.

“It’s nice drinking from it – which we obviously didn’t due to COVID restrictions – but it fuels the fire to try to win some more games and put ourselves in a position later in the year to hopefully be able to play for the Super trophy.”

Whether they drunk from the Cup or not, it’s the next generation of talent, unburdened from years of gut-wrenching defeats to the All Blacks, that hopes they will be supping from the Bledisloe Cup later this year.

“Yeah, well I guess one thing too, we’re coming in this year, us young guys, we’ve got nothing to lose,” said Wilson, who along with teammate Fraser McReight saw the Junior Wallabies fall just a point shy of winning the under-20s World Cup last year.

“We haven’t lost anything, we haven’t won anything yet, so it’s just going out there every game and trying to win.

“There’s nothing better than winning and that’s the only reason you play footy for – to celebrate with your mates after a good win.

“A lot of people are gone, so hopefully the next generation through can bring a winning mentality, which I definitely reckon will and can happen.”

The Reds take on the Force on Friday July 17 at Suncorp Stadium, kicking off at 7:05pm AEST, 5:05pm AWST, LIVE on Foxtel, Fox Sports and Kayo Sports. Buy a Kayo subscription here.