UPDATE: Queensland captain Liam Wright led the interstate banter this week and his appreciation of a narrative helped spur his side to a 32-26 win over the Waratahs.

After racing out to an early 19-7 lead, the Reds had their advantage whittled back by the Waratahs and with 15 minutes to go, scores were level.

A Taniela Tupou yellow card for a second late challenge on a kicker put Queensland a man down and clinging to hope.

Wright joked post-match that some of Tupou's teammates might have wanted to give him a clip around the ears but as they settled he reminded them of the bigger picture.

"We were just talking on the field, probably wanted to slap 'Nela' round a bit but it's one of those things and you've just got to move on," he said.

"We were just talking on the field, (saying) what a story. Last 10 minutes of a brutal game, guys were tired and busted but what a story (it would be) if we hold on with 14 men and come back to get the cup and our boys were bloody awesome." 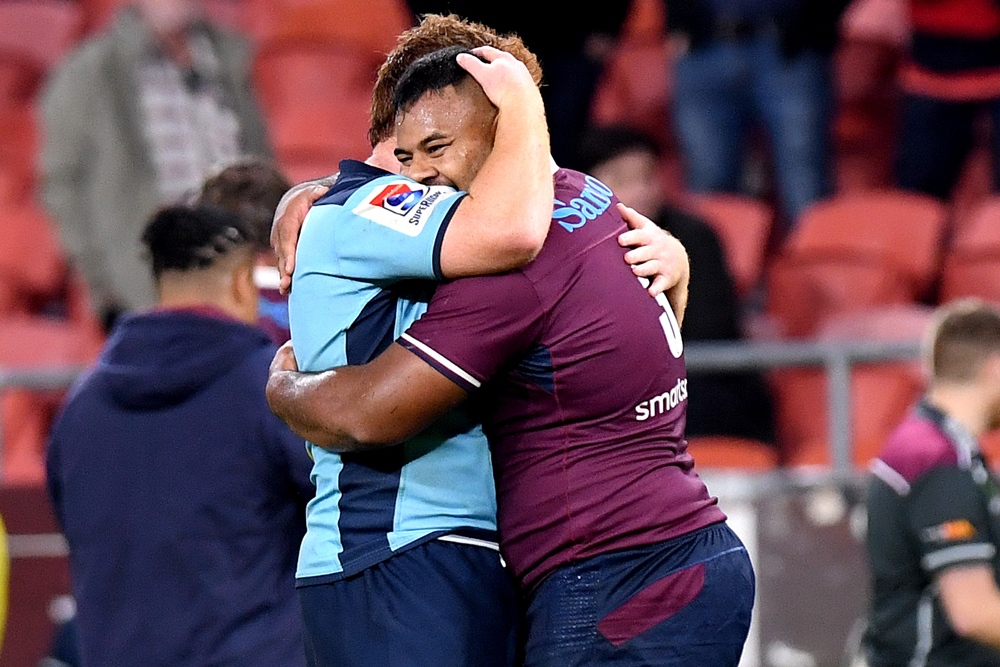 A pivotal turnover to openside Fraser Mcreight gave Queensland the territory they needed and James O'Connor stepped up to slot the match-winning penalty, as well as another on the full-time buzzer.

Wright likened the intensity of the first Super Rugby AU match to that of State of Origin and that ferocity was reflected in a heated, bruising encounter at Suncorp Stadium.

"We know a lot of those guys and played with them through the grades and stuff and at higher levels but for that 80 minutes that was very physical, that was State of Origin type (intensity), that was a tough 80 minutes," he said.

"It was a bit of a grind, first game back for both teams and figuring things out but there was no love lost out there and at the end,everyone shook hands and be done with it.

"I really appreciate the way they play the game and I think that was a great showing for rugby becasue it was just a tough slog and at the end of the day, you're smiling at each other."

"I just think both of those, you put your arms up and just think if players go down for that then I think they're seriously injured, they go down, HIA," he said.

"That's my opinion because clearly they were fine.

"I don't want to make a big deal about that but...rugby's a tough game, I'm not a huge fan of that sort of stuff.

"You should be able to put pressure on a kicker and if you're arriving there just after the kick, you do have some contact sometimes." 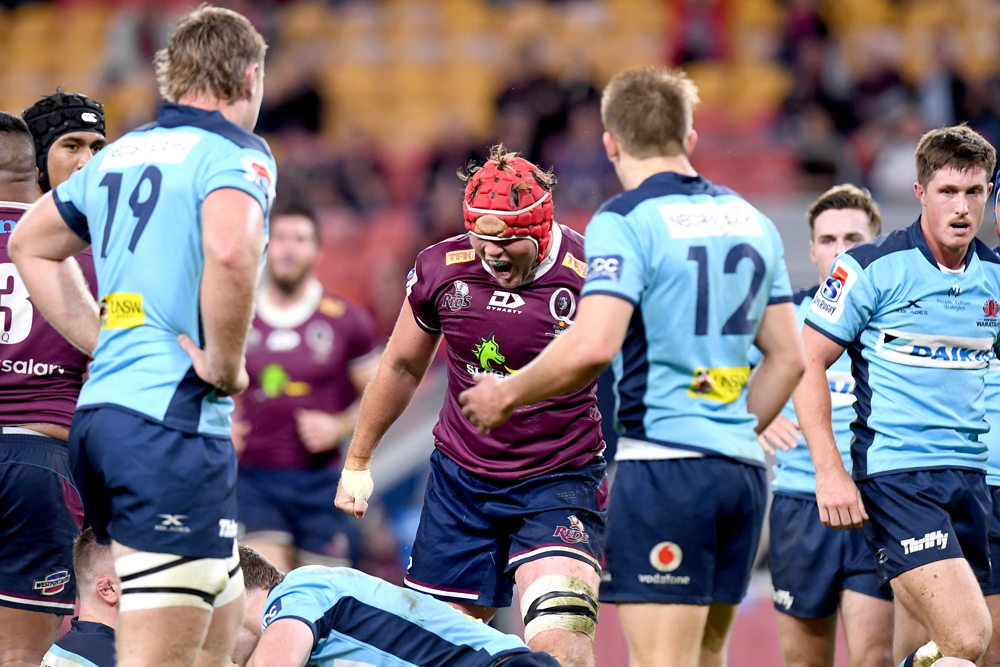 Waratahs coach Rob Penney rued a mountain of penalties - NSW were on the wrong end of a 19-9 count - and unforced errors from his side.

"There were lots of really positive elements, it came down to a couple of key statistical areas - one being 19 penalties and 17 errors, unforced so to speak," he said.

"So, 36 opportunities to turn the ball over, you're not going to be on the right end of the ledger too many times but in saying that, the Reds are a side that really progressed and we showed some progress as well on the back of the time we've had off which is pleasing."

There were elements of rust from both sides, indicative of the long break between games and some adjustment to new laws being felt,  but the intensity and energy was high from the outset.

The Reds jumped out to an early lead but after half-time the Waratahs grew in energy and execution, snatching the advantage for the first time in the 48th minute as Jack Maddocks capped off a superb performance with a perfectly executed score.

Queensland dominated the early exchanges, led by an impressive Tupou, and a monstrous effort at scrum time left NSW a man down after a run of infringements.

Halfback Tate McDermott brought plenty of zip for Queensland, setting up the Reds' first two tries and reminding everyone why he could be in the Wallabies conversation.

Things weren’t all bad for the Waratahs, who looked an improved side from that which conceded nearly 50 points against the Brumbies in that last outing.

Backrower Lachie Swinton brought his trademark aggression adding some extra sting to each of his bone-rattling hits.

A clinical set piece move from Queensland opened up the door for Wright to score the first try of the competition, running onto a Tate McDermott pass to score

That advantage was quickly whittled down after a pick and drive try from Waratahs prop Harry Johnson-Holmes.


A string of penalties from the Waratahs opened the door for the Reds to push in attack again and it was winger Daugunu who reaped the rewards, swallowing up a long pass from O'connor.

Things began to unravel for the Waratahs after that as their discipline went downhill, on the wrong end of an 11-4 penalty count by half-time.

The Waratahs went a man down when prop Angus Bell was yellow-carded but had the better of that period, scoring six unanswered points to keep the game within reach at half-time.

Harrison and Maddocks put the Waratahs in front for the first time in the second before Wilson's try reversed the fortunes.

Another Harrison penalty drew the teams level and after Bryce Hegarty missed the first opportunity to grab the lead back, O'Connor stepped up to the kicking tee, ultimately slotting the winner.

New law modifications had some impact on the game both in the stricter interpretation of breakdown laws and the 50/22 kicks.

The Reds will be sweating on the fitness of Angus Blyth who was forced off with a concussion in just the 14th minute.

Queensland take on the Rebels in Sydney next Friday night while the Waratahs host the Force on Saturday also in Sydney.