Matt To’omua will play his 100th Super Rugby match on Saturday night but no matter how many games he racks up, the Rebels flyhalf will always be "Pup” to long time teammate and close friend, Christian Lealiifano.

To'omua has been one of the most influential players in the Australian game in recent months, as a RUPA delegate for Melbourne and the player representative on the return to play committee,contributing to the raft of law changes being brought in to Super Rugby AU.

The 30-year-old was quickly dubbed "Pup" when he started out at the Brumbies and Lealiifano said that would never change.

“He’ll be that forever, he’ll never be the big dog,” he laughed.

“He’ll always be my younger pup, chasing me around, that’ll never change.”

Lealiifano and To'omua first met when the latter flew down to the Brumbies as a prodigious school talent. 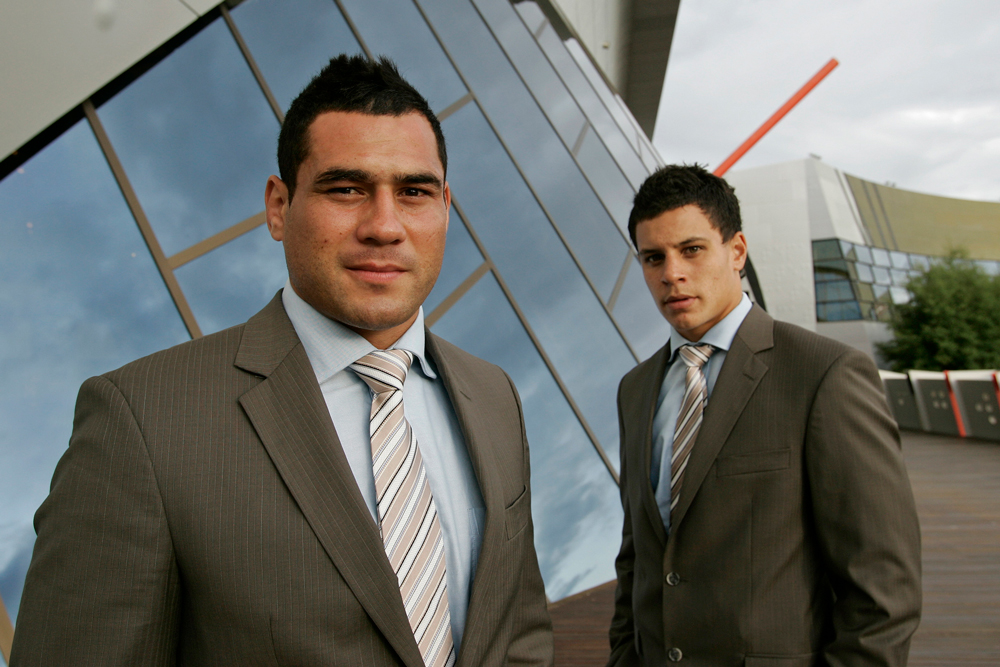 Back then, Lealiifano remembers, To'omua was yet to develop a taste for coffee, something that he has since made a successful business out of with a string of Canberra cafes.

‘I’d heard a bit about him carving up in school competition,” Lealiifano told RUGBY.com.au.

“The Brums flew him down for a week or two while he was still in high school and he was about as big as I was after two years in a professional program, so I knew he was coming for me.

To’omua did in many ways “come for” Lealiifano and the pair swapped between the Brumbies’ 10 and 12 spots for the better part of a decade.

That partnership fuelled competition in some ways but more overtly, it created an important bond between the two.

Off the field, To'omua's dry sense of humour is well known and Lealiifano describes his particular brand of pranks as "niggly".

“Matty’s funny, he’s very niggly and he flies under the radar,” he said. 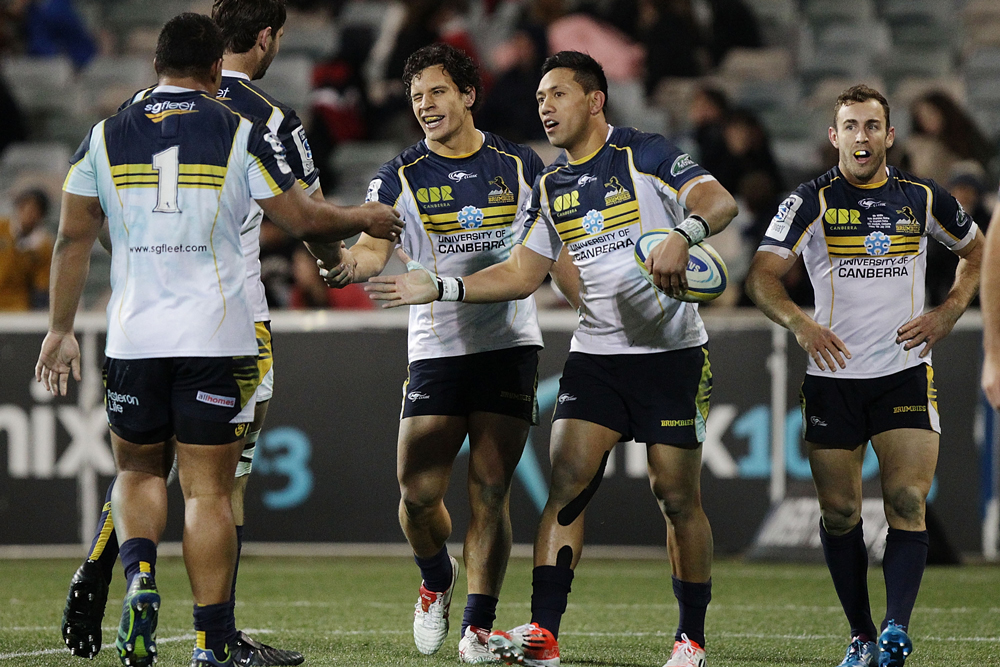 “Like, he’d be the guy that if Dan (McKellar) was putting up cones or poles at training, he’d just quietly go and knock them over and stuff like that.”

"He used to be so locked in and competitive so you’d lose a bit of that side early on  but he loves having fun and loves joking around and enjoying that part of his rugby.

The niggle to which Lealiifano refers was present when To’omua spoke to media early in the week, poking fun at Waratahs flanker Michael Hooper for “not having a turnover in 18 months” and Brumbies front rowers Scott Sio and Allan Alaalatoa for “enjoying COVID” a little too much.

Even when talking about his milestone, To’omua couldn’t help but take a cheeky swipe at Brumbies captain Alaalatoa.

“I think we’re all just excited to play - it’s not like I need any more extra motivation or anything like that,” he said.

“But it has dawned on me a little bit; a little bit fitting coming back here and having it as well. I told Allan (Alaalatoa) I want a long speech and a present from the Brumbies to mark my contribution to the club."

Alaalatoa returned serve on Friday, referencing at To'omua's growing passion for golf when asked about his former teammate's milestone.

️ “I almost thought he was on holiday ‘cause he’s been down at Federal Golf course every day!”

Skip with a message for his old friend Matt To’omua ahead of his 100th cap! pic.twitter.com/doiKuJd3v5

"It's a great moment for him, someone who started his career here in Canberra, then to play his 100th game, must be really special," he said.

"I want to do everything I can to ruin his day.

"I almost thought he was here on holiday because he's been down on Federal golf course every day this week but I hope he's applied the same amount of time to his kicking as his golf game because he's going to need that tomorrow."

For some time it looked like To'omua would not add to his Brumbies tally, heading off shore in 2015 to join English club Leicester.

The lure of a second Rugby World Cup brought him back to Australia but to a new team in the Rebels, where he is helping to influence a new generation of players.

To'omua has helped Melbourne skipper Dane Haylett-petty shoulder his leadership load and set the bar for the Rebels with his playmaking direction.

"He is a huge influence on the club, almost like a co-captain in some ways, helping with a lot of leadership and taking a lot of the young boys under his wing," Haylett-Petty said.

"He's really influenced the style of play at the Rebels."

Haylett-Petty has seen his dedication off the field as well.

"You realise when he picks something he goes all in and I think he's done that with golf, he plays basically seven days a week, it's his new passion and he's pretty handy," he said. 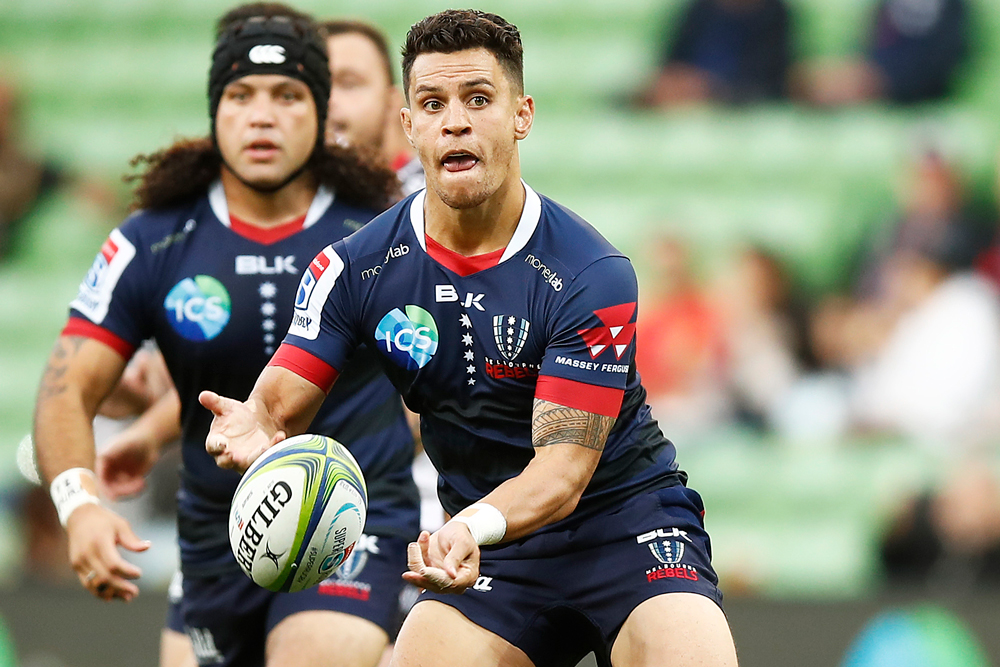 To'omua was reflective when speaking about his journey to 100 appearances earlier this week.

“I still remember my first year sitting in business class for the first time ever with Stirling Mortlock; I didn’t sleep a wink because I was terrified of him you know - he’s an odd cat," he said.

“It’s been wild, coming back here (Canberra) makes it all a bit more real, going through bits when I was very, very young and saw the world a different way.

“It is a wild ride, I've spoken to a few of the young guys here, it is kind of exciting, it's really cool.

“Hopefully I've still got a fair few left but you can't help but be a little bit reflective in a way.

“Just quite thankful to be honest with all the opportunities rugby has given me.

“It's pretty cool the experiences I've had.”

The Brumbies take on the Rebels on Saturday July 4 at GIO Stadium, kicking off at 7:15pm AEST, LIVE on Foxtel, Foxtel Now and Kayo Sports. Buy a Kayo subscription here.

'We need to be better': Rebels smash sleepy Brumbies in the wet to breathe new life into comp