The condensed, All-Aussie Super Rugby AU could make or break Wallabies hopes in 2020 and Rebels centre Billy Meakes believes the competition is poised to reveal some Test bolters.

Wallabies coach Dave Rennie has been consistent in his stance that form will trump all other criteria when picking players for the Test side.

The Australian-only nature of the competition pits players up in a more directly comparable way than in Super Rugby in the past and with just 10 weeks to make an impact, an impressive run of performances could propel players up the pecking order.

Meakes said there was definitely a sense that players could push their way into national contention even if they weren't entirely on the radar after the seven Super Rugby rounds that were played.

"I guarantee there would be players that some people wouldn't think would be close to national selection that haven't been in the past but will play well in this block and have been working really hard in the COVID period and they're just going to boom and off the back of some good form should get selected," he said.

"It's quite an amazing opportunity we have with this new Super Rugby AU to put your hand up for selection. 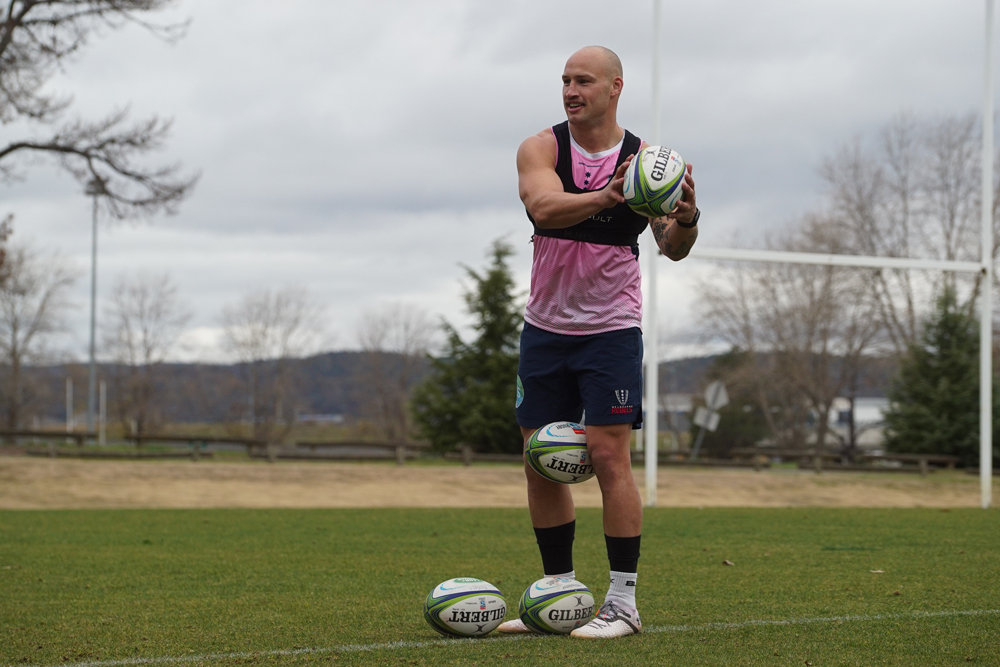 Meakes, who isn't currently part of the Players of National Interest (PONI) squad, said he hadn't spoken to Rennie but had been in regular contact with attack coach Scott Wisemantel and praised the transparency he brought.

"I haven't been in contact with Dave Rennie, I've spoken a little bit to Scott Wisemantel, who's been fantastic in communicating with me," he said.

"It's probably the most communication I've had in the past years in terms of detailed stuff around my game.

"The feedback's been extremely detailed and given me lots of stuff to work on whilst also just siphoning through my game and telling me what I'm good at and maybe what I could be working on.

"So, the communication's been quite strong and it's obviously always nice to hear from the top and I know they're communicating with our coaches on the regular as well. There's been a little bit of chat but I haven't spoken to Dave yet, no."

Meakes has been on the Test fringes since he came back from England in 2017 but has not cracked the 23 in that time.

The prospect of pushing for a Wallabies jersey each week in this competition is an enticing one for Meakes.

"It's hand on heart the most important thing to me," he said.

"There's so much uncertainty at the moment and no one really knows what's going on next year but for me, all I've ever wanted to do was play for the Wallabies and that's still all I want to do.

"It's definitely at the forefront of my goals and something I'm working towards and I'll be doing my best in everything I can to get there again. Fingers crossed I can play as well as I want to and that'll take care of itself."

The Rebels take on the Brumbies on Saturday July 4 at GIO Stadium, kicking off at 7:15pm AEST, LIVE on Foxtel, Foxtel Now and Kayo Sports. Buy a Kayo subscription here.