The Super Rugby AU competition is set to be officially confirmed as early as Wednesday afternoon and the Rebels unveiled the two additions ahead of that announcement.

Playmaker Holland is a Sevens stalwart and was a long-time skipper of the team before being replaced by Nick Malouf last year.

Anderson is one of their most exciting Aussie forwards and has shown plenty of promise in the World Series circuit in recent seasons.

With the Sevens World Series postponed amid the coronavirus pandemic, the pair had a rare chance to test the waters in XVs for a short time.

It is expected they will both return to the Sevens program ahead of the postponed Tokyo Olympics.

>"Obviously the COVID-19 scenario has unfolded and with international travel not being an option, I was looking to a new experience and play some XVs," Holland said.

“I thought if I could go somewhere and play some XVs, that would be of interest to me and something I would be pretty excited about. So, when this opportunity at the Rebels came up, I’d have been silly not to come down here and experience something different and give Super Rugby a go."

Anderson said he was looking forward to the prospect of testing out his chops in Super Rugby.

“I got chatting with Dave (Wessels) a few weeks ago and he floated the idea of coming down and having a run and getting some footy in during this revised Super Rugby competition,” stated Anderson.

While Anderson has generally been a flanker in the past in XVs, he is expecting to shift into the centres in the Rebels outfit.

“Coming from Sevens, it’s probably an easier transition to play in the backline and speaking with Dave, it’s probably where he sees me so I’m pretty excited to play wherever suits the team," he said.

“Sevens is a fast-moving game and you’ve got to be able to make decisions on the run and have good instincts, so hopefully having that as my background will make the transition all the more easier.”

Holland and Anderson join some other Sevens faces in the squad, with Boyd Killingworth, Michael Wells and most recently Jeral Skelton having already signed with the Rebels on longer-term deals. 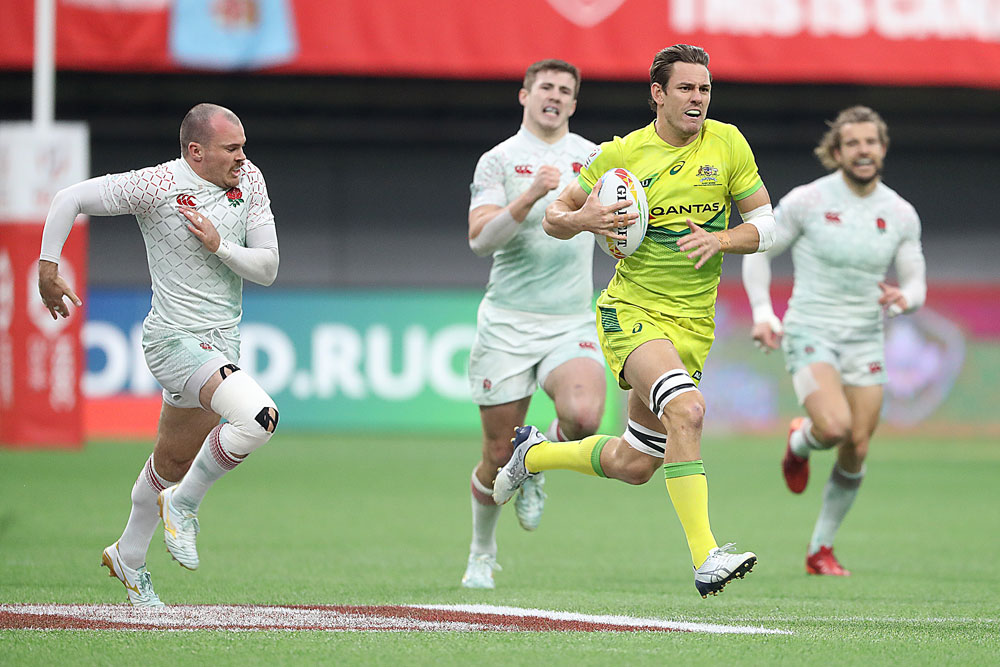 Rebels assistant Kevin Foote said he expected the new faces to adapt well to the rule changes expected to be implemented in the upcoming competition.

“They’re not used to long breaks at all so they’ll recover very quickly and I think they’ll benefit from that. I think also the intensity of Sevens, you can make one mistake and it’ll slip away from you, so they’ll bring plenty of focus and intensity to our setup.”

“The amount of contact in XVs can shock guys initially, but given the frames of Jeral, Lewis and Lachie, they’re all well-conditioned so they’ll come up to speed pretty quickly.”

The Bledisloe Cup is less than three weeks away. This is how Dave Rennie wants the Wallabies to play