Brumbies hooker Folau Fainga'a hopes the upcoming Super Rugby AU competition will be played in front of crowds but says he'll be ready to "rock and roll" regardless.

The Super Rugby AU competition is slated for a July 3 start but has not yet confirmed a schedule, at the time of writing, with broadcaster talks still ongoing.

That date will make it the third of the three leading winter football competitions in Australia to kick off with the NRL into its third week of resumption and the AFL to return on Thursday.

While rugby fans have had to wait longer for the return of the 15-man code, it could bring with it a greater ability for fans to go to games.

The New Zealand Super Rugby Aotearoa competition will be open to crowds this weekend while various numbers of admitted spectators are being considered for both the NRL and AFL in the coming weeks.

In Sydney, the Greater Western Sydney Giants will be allowed to have 350 fans at their round 2 game while in Adelaide, the Showdown between the Crows and Port Adelaide will admit 2000 fans. 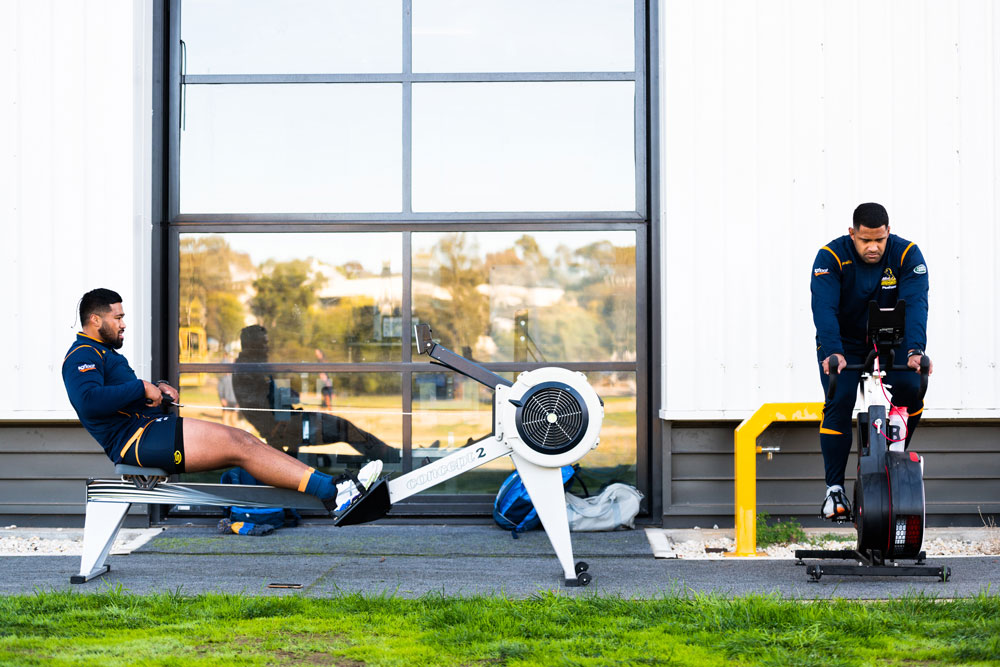 Fainga'a said he would welcome the ability to play in front of crowds when the competition started.

"It'd be pretty cool to have our fans out there watching us, also families,that's something that guys in that department can sort out," he said.

"For us it's just preparing for whatever's to come and what dates are to come getting the boys ready for that round one."

It has been reported that the Brumbies will open their campaign against the Rebels on July 3 and Fainga'a said that date was certainly something they were still using as a goal.

"I think that date's been thrown around a few times, it's all over social media but we're obviously working towards that date and whenever that game's scheduled in the boys will be ready to rock and roll and we're excited for what's to come."

Fainga'a will be straight into the mix for selection for the Brumbies' next game, having fully recovered from a toe injury that saw him miss three matches this season.

While he wasn't as fortunate as some of his fellow front rowers in Allan Alaalatoa and Scott Sio who have barely missed any games despite suffering weeks-long injuries, Fainga'a has certainly not had to rush his rehab.

"I had a tear in my foot and it ruled me out for a couple of games and it was a bump on the road for me and I'm back into full training again and it hasn't really been hurting since but close to full return," he said.

The long break also gave Fainga'a the chance to work on his fitness, something incoming Wallabies coach Dave Rennie had set down for him to improve.

Fainga'a, signed until 2022, is among the Players of National Interest group and said he was excited for Rennie to officially start his tenure.

Details on the Super Rugby AU competition are expected to be announced within the week, and as early as Wednesday afternoon.

The Wallabies have a new scrum coach. He's coaching them via zoom

'An opportunity to make history and win our first Bledisloe': The driving factor behind Rennie's Wallabies