The eagerly awaited visit is scheduled for July and August 2021 and the Tests in Soweto, Cape Town and Johannesburg clash with the rearranged Tokyo Olympics.

But a possible new, post-coronavirus pandemic global rugby calendar could see the tour dates change rather than the Games in Japan.

Roux said "a move to host the tour later in 2021 was being considered to dovetail with all other Test scheduling conversations taking place.

"It would be a disappointment if the Lions series had to be played behind closed doors," he added, referring to the current crowd-less sport situation to combat the COVID-19 disease.

There has been speculation about northern and southern hemisphere rugby date changes, including staging the Six Nations and Rugby Championship in March and April.

And instead of July and November Tests, an October-November window has been mooted with northern teams travelling first, then hosting internationals.

Roux hinted that rugby could resume not later than August in South Africa, where the virus death toll edged close to 1,000 Monday with a five-tier national lockdown at level three.

SA Rugby is hoping to get the green light from the sports ministry in mid-June to permit a resumption of training.

The last rugby match in the republic was on March 14 when the Sharks defeated the Stormers in Super Rugby.

Roux hoped two Tests against Scotland and one with Georgia, originally scheduled for next month, might be played during October.

There was also talk of Australia hosting this year a Rugby Championship including South Africa, New Zealand and Argentina, and trimmed from the usual two rounds to one. 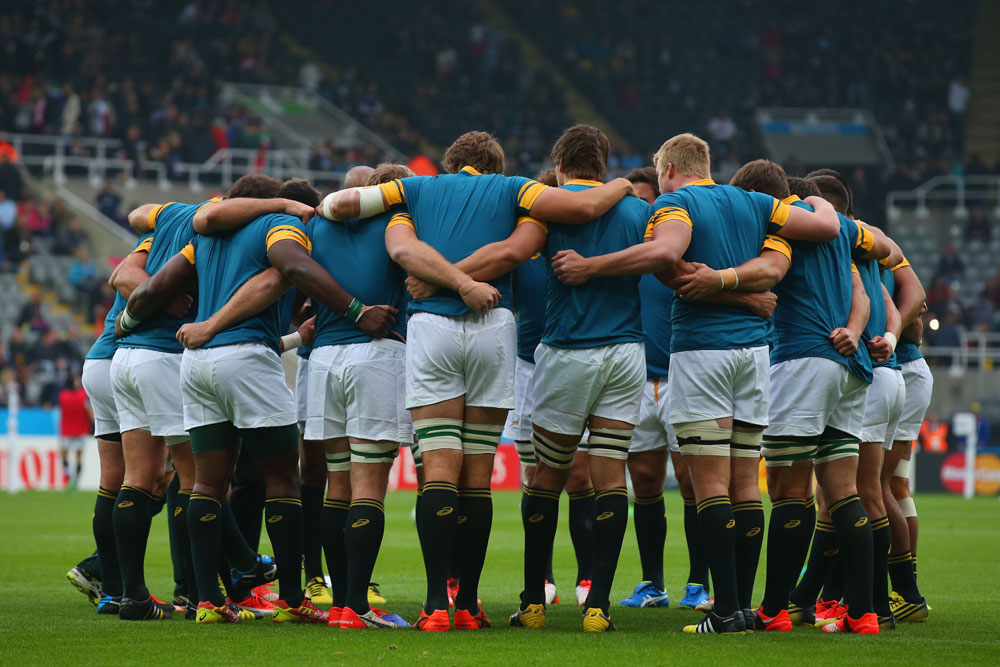 Roux said a November tour by the Springboks, consisting of Tests in Italy, Ireland, France and Wales, was still on the cards.

He was non-committal on repeated reports that the four South African franchises in Super Rugby may abandon the southern hemisphere competition and switch to an enlarged European PRO-18.

One recent report said the Bulls, Lions, Sharks and Stormers would join in 2021 or 2023 a competition already including two South African sides, the Cheetahs and Kings.

"Speculation that more South African sides might join the PRO-14 was understandable in the circumstances, but it was too early to reach any conclusions," the chief executive stressed.

Roux also said the Sunwolves were dumped from Super Rugby, starting next season, because the Japanese national rugby body "refused to underwrite the team like every other union".

The South African also dismissed reports that he was joining World Rugby as chief executive, saying he was committed to delivering a "successful British and Irish Lions tour".

France v Scotland to go ahead despite virus outbreak