Brumbies backrower Pete Samu is confident the team's culture will keep the bulk of the squad in Canberra amid growing concerns that Australian Super Rugby players are looking offshore.

Australia's Super Rugby teams are in a contracting freeze, unable to re-sign or add new signings to their squads for 2021, amid the coronavirus pandemic and the game's season shutdown.

Rugby Australia is also yet to ink a broadcast deal for 2021 and beyond, creating some uncertainty about the long-term financial picture for the organisation.

The Reds have already seen three players depart, with their decisions linked to overseas moves.

The Australian reported on Thursday that up to 16 players were looking offshore after 2020, while there are a host of players off contract at every Super Rugby club.

Based on contracts announced publicly, the Brumbies have 15 players coming to the end of their deals this season but more than 20 are signed on until at least the end of 2021.

Among those locked in are skipper Allan Alaalatoa and Scott Sio, fullback Tom Banks and Wallabies halfback Nic White, who is set to join the Brumbies next season.

Samu said he was confident that the playing squad were happy to stay in Canberra for the years to come.

"The boys we've got down here, they're quite happy and just being around the group I don't think anyone's looking to head off any time soon," he said.

"I think what helps is the culture we've got down here, boys don't want to be heading off and starting new bonds elsewhere.

"A lot of the boys here are really enjoying their footy and the company of the boys."

Assistant coach Pete Hewat said a sense of anxiety would be understandable but was confident their system would keep players in the capital.

"I think the majority of our squad are locked in," he said.

"In regards to being uneasy, I think that's the world over at the moment.

"Everyone's a bit uneasy about everything in the world.

"There's been no signs from our players that they're looking to get out and from a coaching point of view, we've just got to back our program and hopefully our program sells to the players and they feel like they're improving and getting better so they're not looking elsewhere.

"From a coaching point of view we've just got to back ourselves here that we're improving the players each day and they're feeling like they're getting better.

"They feel like hopefully they're in one of the better programs in the world. That's all that we can control." 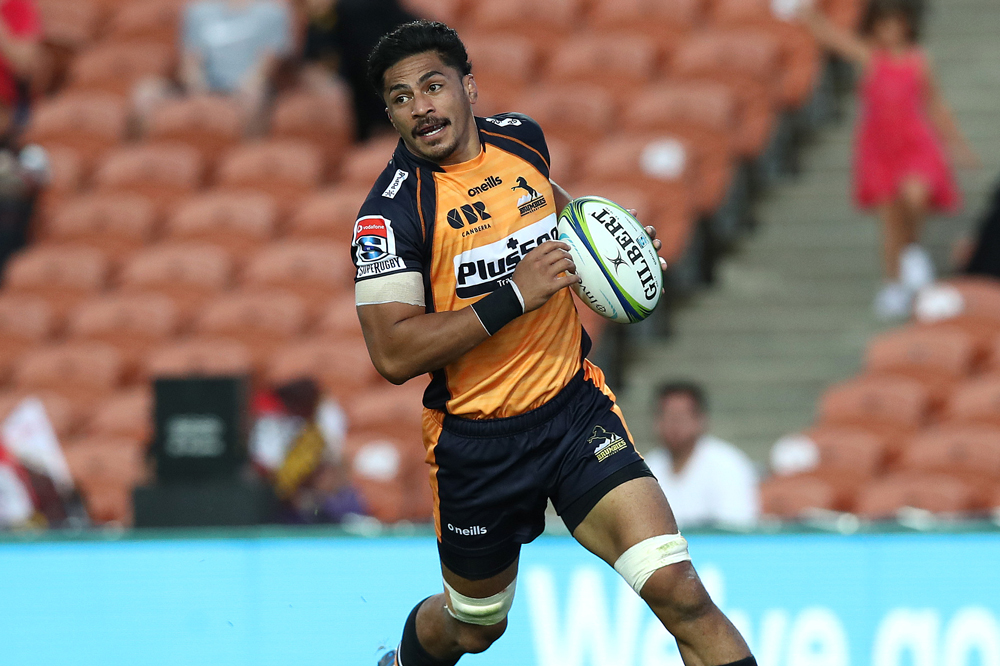 Samu is one of the Brumbies locked in for the long term, inking a two-year deal to keep him in Super Rugby until 2022.

The backrower has been one of the competition's best this season and has his sights set on a Test return when rugby is back up and running.

Samu made his Wallabies debut in 2018 but was one of the high profile omissions when the Rugby World Cup squad was picked last year.

That omission has been a driver for the no. 8 ever since, he said.

"I think that's probably the big drive that's trying to get me back into that squad so it hasn't died down so I'll do everything I can to try and get back in there," he said.

Samu is one of the Brumbies in Dave Rennie's Players of National Interest squad and he said that inclusion, and a call from Rennie about his form, had given him a big dose of optimism.

"It was pretty positive and just being in and around that group gave me massive confidence that was I was doing on the field was being rewarded," he said.

"It was pretty disappointing that footy had to stop but our safety comes first and when that time comes, hopefully I can put my hand up again to don that jersey.

"He (Rennie) was happy with the way I was playing in the start of Super and just a few work-ons that I need to work on my game. It was pretty positive messaging from Dave which is good."