Two of the Brumbies' aspiring playmakers are drawing on Crusaders flyhalf Richie Mo'unga for inspiration as they edge closer to a rugby return.

The Brumbies returned to training on Tuesday in groups of 10 and will be able to begin contact training in those groups from May 25 with a view for full sessions to return on June 8.

With still limited scope for certain drills, players have had more time to focus on some rugby study and Bayley Kuenzle and Reesjan Pasitoa have been tasked with this week.

Kuenzle said he and fellow rookie Reesjan Pasitoa had been tasked by coach Dan McKellar breaking down some vision of Mo'unga, who is a three-time Super Rugby champion with the Crusaders and steered the All Blacks in the 2019 Rugby World Cup.

"Dan got us to watch Richie Mo'unga's game, me and Reesjan to watch him closely and that's been good to see his game and see where he's at," he said. 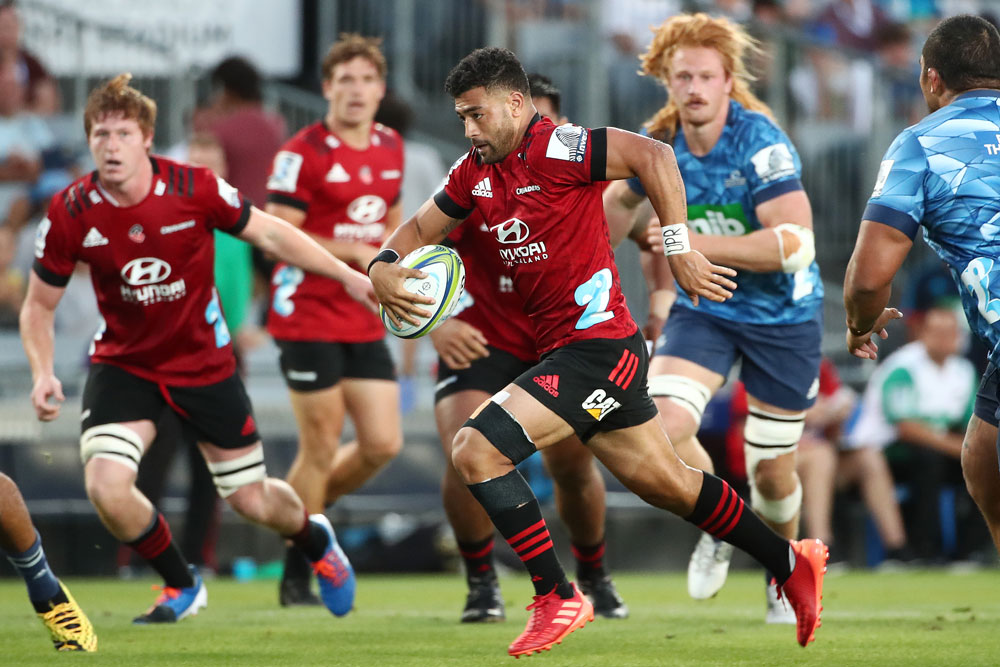 "He sent it to us last week, we've got a catch up with him next week on his key points and what he does well and what his improvements are and what we can do in those situations.

"His skills are top notch, he can kick pass across the field and his catch pass skills are unreal.

"It's just really good for us to work on because his alignment's pretty good, carrying to the line and making some key linebreaks for the all blacks and the crusaders to watch his running game and kicking game it's been good."

Mo'unga's fairly fluid attacking style mirrors what the Brumbies have aimed for this year, something Kuenzle has relished.

"Dan's been really been forcing us in training to play what's in front, turnover attack, really wants to play, if we've got quick front foot ball, play on top of them and play whatever.

"We've got the structure there if we need it but if we don't we can just play footy and enjoy it.

"We're there to have fun and that's his philosophy for our attack, same as (attack coach) Peter Hewat's really enforcing that on us to really enjoy footy and play what's in front."

Kuenzle made his Super Rugby debut earlier this year but his maiden season was halted in its tracks amid the pandemic shutdown.

He was named on the bench for their opening clash with the Reds but his first Super Rugby injection came against the Rebels a week later, his first of three cameos this season.

While he has had limited minutes, Kuenzle said the taste of Super Rugby he did have gave him confidence that he was ready to step up to the next level.

"Yeah I'm glad I got those a couple of games under my belt just for confidence-wise so I can come back during the next couple of months, really back myself and play good footy knowing that I've got those couple of caps now and really enjoy it," he said.