If anyone in Australian rugby was going to contract coronavirus, it might just be Brumbies playmaker Bayley Kuenzle.

Kuenzle was one of a host of Brumbies players and staff that was struck down with the mumps earlier this season but that was just the most recent of a number of unfortunate illnesses he as suffered.

The 21-year-old missed out on the Oceania U20s championship last year because of a bout of gastro and also told reporters on Friday that he had battled a bout of swine flu as a child.

So far Kuenzle and the rest of Australia's professional rugby players have avoided contracting the coronavirus and are preparing to slowly return to full training and competition.

Kuenzle described having mumps, which struck across the Brumbies club, as the "worst week" of his life.

"That was the worst week of my life. I couldn't do anything, I was sick the first night, felt like I had the flu, then my cheeks just blew up, I looked  like a chipmunk," he said.

"I couldn't go shopping for a week, Uber eats the whole time breakfast, lunch and dinner.

"I had to go (to the shops) once, it was just hoodie on, just chin tucked in, trying to make no eye contact with anyone but it was just one of those things.

"I remember in the 20s I got gastro during the Oceania championship, didn't get a game and then having to get mumps this year...i was like, "oh it's just another thing,' but hopefully I won't get it again."

The Brumbies might have been prepared as any club when coronavirus forced the shut down of Super Rugby given the mumps outbreak. 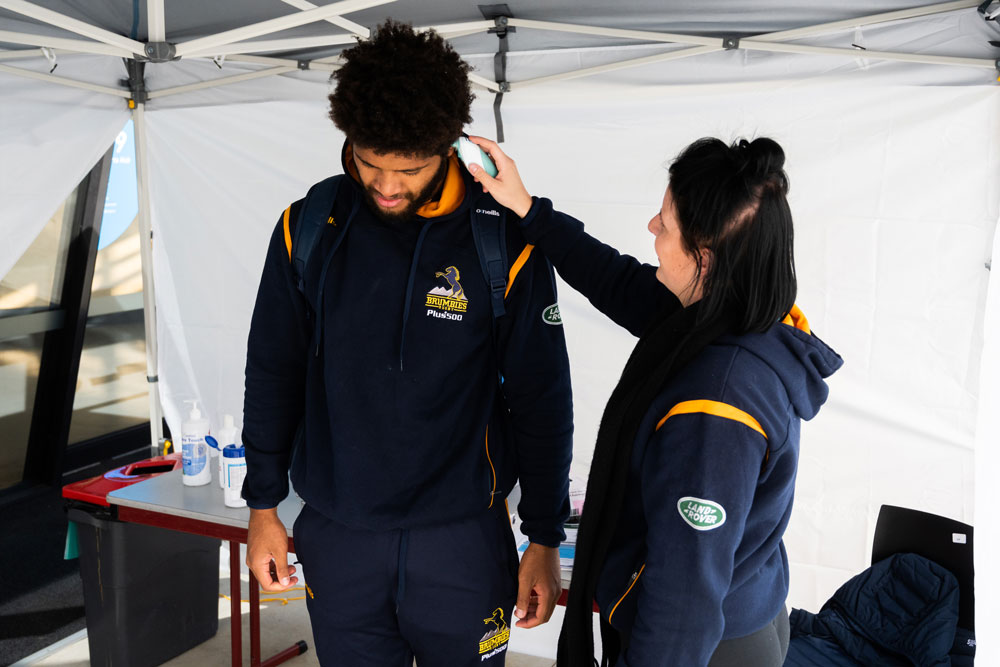 In the wake of that, all players and staff had the flu injection and introduced a range of strict hygiene measures to ward against the likelihood of another illness.

"We've made our changes here in HQ and we got a little teaser with mumps, we all worked hard to work on our hygiene and stuff like that so we were all ready when COVID hit," Kuenzle said.

"But it's really important that we stick to that especially when COVID finishes, keep that hygiene up so we can be as fits as possible."

UPDATE: "He's not getting rich doing it" - Carter keen to give back in Super Rugby Aotearoa