Tue, 12/05/2020, 9:01 amby Beth Newman
The Brumbies returned to training on Tuesday, working on speed and fitness in small groups as they prepare for a competition return.

Waratahs captain Rob Simmons says the first day of team training was "odd" as players came together for the first time in nearly seven weeks.

The Waratahs and Brumbies both had their first training sessions on Tuesday after government restrictions were rolled back this week to allow small outdoor gatherings.

Both teams were put into groups eight or nine loosely based on their positions and assigned a coach for their sessions.

Training was preceded by temperature checks and wellness checks with players filing through with a safe distance between them. 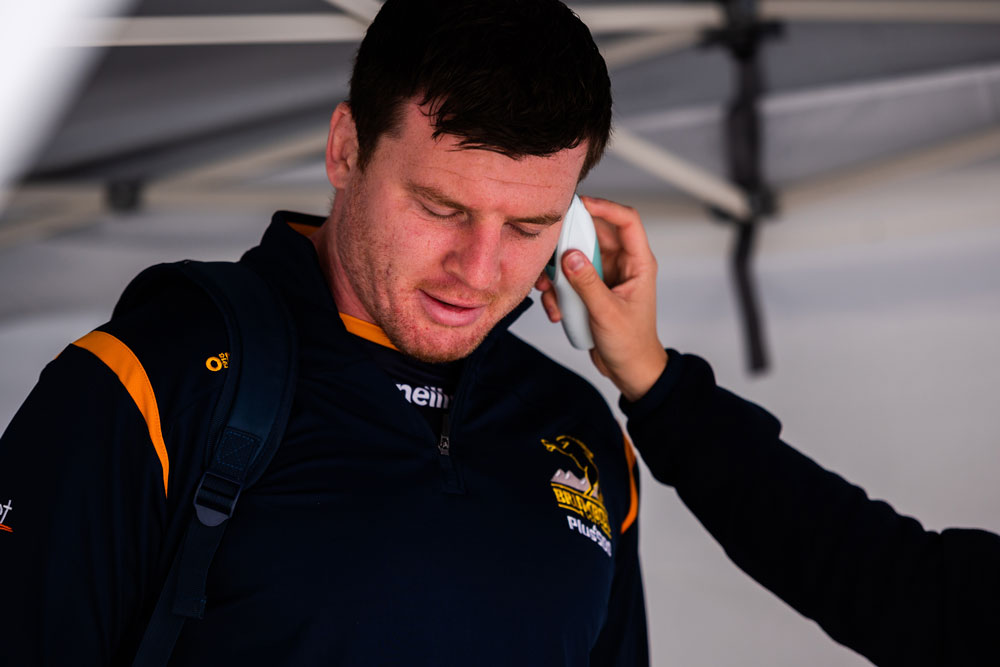 The Waratahs rotated through training groups from 7:15am on Tuesday morning, arriving ahead of their start time and lining up to get into their training fields in a process Simmons joked felt like  being "a cow waiting to get fed".

"It was rock up in your allowed time, there was no drips and drabs," he said.

"You were waiting around at the gate and you felt a bit like a cow waiting to get fed.

"They open the gate up and you come flooding in.

"You have to stay your safe distance away from each other while getting up a couple of stairs to get your temperature checked and check for any raised temperatures."

Once players had their temperatures tested, they moved into the strapping areas before going into the session proper.

"You pass that and head down to a strapping and pre-training prep zone where if you had to get strapped then you’d do that the best way possible with wiping everything down.

"We did a bit of a field session and ran around and tried to get some sort of footy incorporated into it as much as we could without touching anything.

"You’re trying to get guys back together and they’re so used to running into each other that the fact no one is there in front of you is an odd feeling. 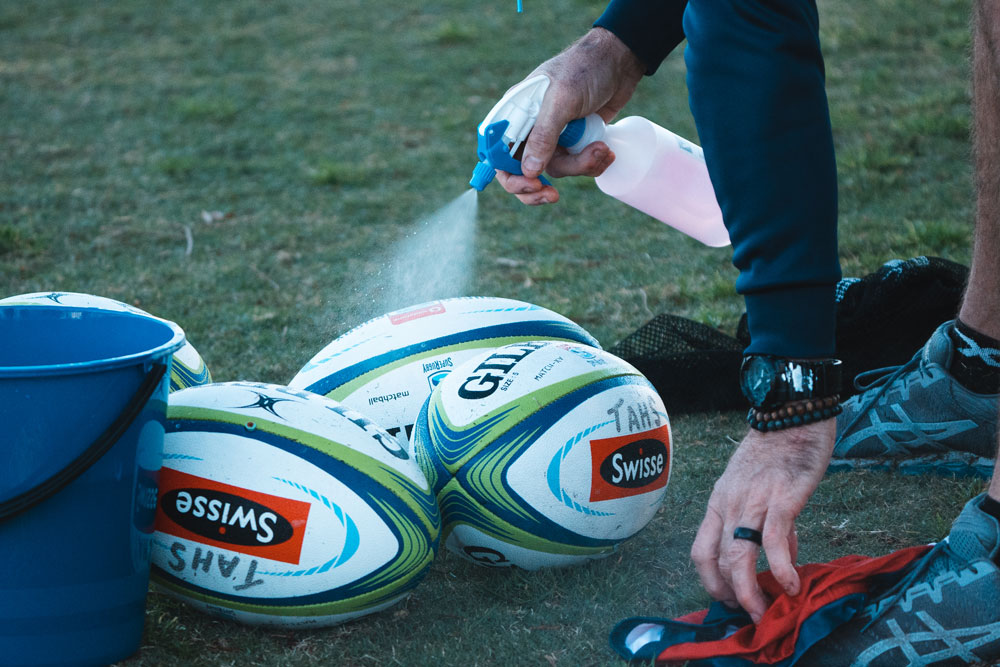 "We were straight out and back home to shower up."

Brumbies coach Dan McKellar said they were looking to be a little inventive when it came to their training plans.

"Catch and pass, individual skill, anything where there's no contact," he said.

"We'll get creative there, work on our ball carry, lineout throwers throwing, our kicking game, something we've worked really hard on over the last couple of years, we can continue to work on that, high ball catch, whatever it might be, breakdown work where there's no contact, there's a lot of things that go into the breakdown that you can practise where it's just you as an individual," he said on Tuesday.

"There's a whole array of skills we can touch on and that's the thing, it's a good opportunity over the next four weeks to just get better at one or "two things so your game's in better shape than what it was in March." 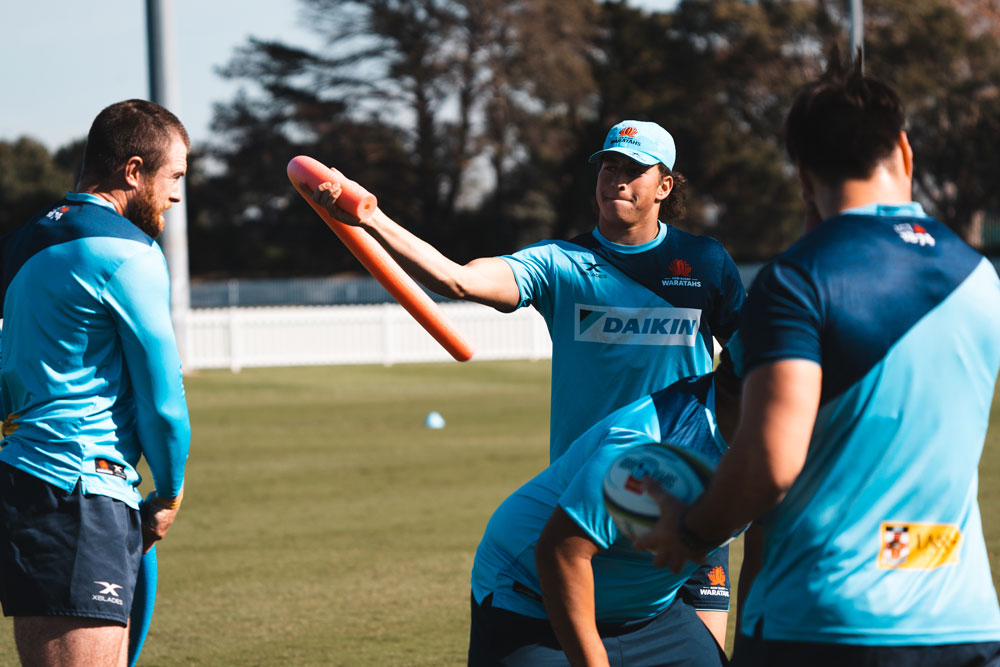 With Rugby Australia's "get in, train, get out" philosophy, once training was done it was straight back home for the players, with recovery done away from training.

While rugby is closer to return, players still have a level of uncertainty about their futures in the sport, having agreed to pay cuts through to September 30 at this stage.

If a competition is up and running before then, there are expected to be more negotiations but further down the track, it appears player pay packets will take a hit across all sports in the wake of the pandemic.

For rugby, that could see players looking overseas sooner rather than later and Simmons admitted there was a "daunting" element to that.

"It will be wait and see, what is possible, it is a bit daunting in that sense," he said.

"Guys are going to be looking after their No.1, so whatever comes out of it is what will be.

"Everyone is trying their best and that's all they can do, to try to get us back to where we were."