One Percenters: Force welcome restriction easing, Aussies on the move in Europe

The Western Force have been able to make big strides in their training as WA rolls back its coronavirus restrictions.

WA is one of the first states to relax social distancing restrictions, allowing groups of up to 10 people to gather inside or outdoors this week.

That news was welcome for the Force, who coach Tim Sampson said had been getting "creative" with their training regimes in recent weeks.

"We switched to one-on-one coaching three weeks ago, where we'd have four coaches and players coming in in groups of four and training on rotation," he said.

"No one's in at HQ and all the guys have been maintaining gyms at home and doing their own conditioning wherever they can find grass."

Sampson said the decision made last week to increase training group to 10 would be a huge boost for the team's morale.

"Over here since mid-week we're allowed to be in groups of 10 and that's a big positive," he said.

"The guys are able to be around each other, seeing each other but we're obviously still following the restrictions and not sharing equipment and that and there's a limit to what we can do in terms of contact training.

"It's just the benefit of training in larger groups and get that kick along on top of that one-on-one training."

While many of their players are from other states, Sampson said quarantine rules meant they were keen for players to remain in Perth during the sport shut down.

"We thought it was best they stayed here because if they were going to travel, they'd have to spend two weeks in isolation when they travel and then two weeks when they come back, which was basically four weeks of no training.

The time will come when they have the opportunity to go home but they guys have understood why we've kept them here for now."

Off the field, the Force have also been doing their best to try and help out their local community.

"We're pretty blessed with the position we're in," Sampson said.

"We're doing a lot of work with Minderoo foundation, the guys have been going out, driving meals to the vulnerable.

That's been organised by Andrew and some restaurants in Fremantle who are providing for the vulnerable deliver those meals.

"We've also been at the airport unloading a lot of the PPE from china, I think nine planes that have come in, we've had players in groups of 4-6, basically unloading the boxes."

The Force aren't the only Australian rugby team doing their bit - the Reds and Brumbies have been out in the community this week too.

Great to see Darcy and Len helping out our friends at Communities@work!


Brumbies duo Len Ikitau and Darcy Swain were helping out Canberra organisation Communities@Work, packaging up food to send to people in need.

The Reds were also doing some donating this week, taking beverages to the Ronald McDonald House in Brisbane.

Aussies on the move 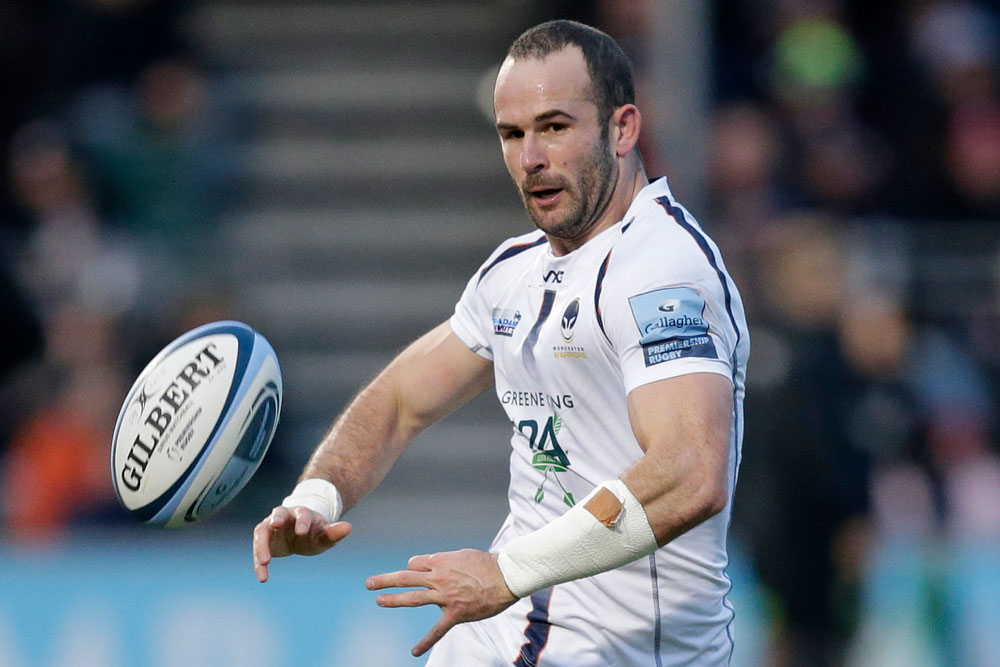 Two former Aussie Super Rugby players are on the move in Europe as teams overseas look to reshape their rosters for next season.

Jono Lance is set to make the switch to Scotland, signing with Edinburgh from English side Worcester.

Lance has been with the Warriors since 2017, after turning a short-term stint into a full-time gig with the club.

“To get the chance to come to a club that has become one of the strongest in the Guinness PRO14 and to hopefully play Champions Cup rugby was an opportunity I couldn’t refuse," Lance said in a statement.

“The style of rugby Edinburgh have been playing is something that excites me and to have coaches who feel that you can be a big part of developing that brand of rugby was something I wanted to be a massive part of. My partner and I did a big drive through Scotland as a holiday and loved all of it.

“And Edinburgh is one of the greatest cities in the world, so to have the chance to play rugby there really is amazing. After chatting to some players and meeting the coaches to hear their vision for the club in the near future and long term, it’s clear that there are exciting times ahead for Edinburgh Rugby.”

Edinburgh coach Richard Cockerill said Lance would be a valued addition to the team.

“Jono is a very experienced playmaker that fits the mould of both the type of rugby player and person that we want at this club," he said.

"He’s a good character that works hard for his teammates. We believe that his skill set is well suited to the style of rugby we want to implement at Edinburgh. We’re delighted with the signing and look forward to working with Jono next season.”

Lance and fellow Aussie Matt Gordon will join Cockerill's side next season.

The former Reds, Waratahs and Force flyhalf is currently in Australia, having just completed a two-week quarantine period on the Gold Coast amid the coronavirus pandemic.

Frisby joined Dave Rennie's outfit after being released by the Reds in 2018 but has had limited game time with the team, sitting behind Scottish international Ali Price.

Backyard footy things. We called it a draw

Aussie Sevens star Charlotte Caslick mightn't be able to train with her teammates right now but the Rio gold medallist has some willing opponents to test herself against while she's back in Queensland.

A shout out to Reds hooker Averyl Mitchell for her reworking of a RUGBYcomau Super W video released last month dedicated to some of the competition's speedsters.

We won't say too much more but take a look for a bit of an isolation lifter.