Wallabies and Queensland great Will Genia has taken Reds rising star Tate McDermott under his wing with rugby shut down around the world.

Currently in Brisbane indefinitely amid the coronavirus pandemic, the 32-year-old answered a call from Reds attack coach Jim McKay last month, kicking off a chain of events that saw one of Queensland's favourite sons linking up with one of its newest talents.

Genia played under McKay in the 2011 championship year and with Queensland's approach in 2020 has been fairly evocative of that season.

McKay sought Genia's advice on areas where they could improve and McDermott's name came up.

'I was questioning, I think he got dropped to the bench that week, I was wondering why that was and they said they wanted him to work on a few things," Genia said.

"I think he's a very, very good player and I said, 'All those things you want to see, I’d be happy to sit down and have a chat if he’d like.

"He (McKay) messaged me a couple of days later, and said Tate would like to catch up and then we had a coffee two weeks after that."

That conversation led to the pair doing a session on Monday at Ballymore, honing McDermott's passing primarily.

"He struggles on his left to right, just making sure he gets his arm through the ball and because of that he's thinking about it too much about it as opposed to just concentrating on the game.

"He was really open to learning and keen to get better, in terms of us working together and he’s so hungry to improve and be as good as he can.

"It was the biggest joy for me to do it with him - I think I got more out of it than him."

McDermott is rated one of Australia's best young halfback prospects, with his running game especially lighting up Super Rugby games since his 2018 debut.

Genia said they planned on meeting up once a week during the shutdown for sessions.

While he is only just getting to know McDermott, Genia said he had long admired the 21-year-old's instinctive approach to the game.

"I just love how we plays off instinct, he's got that good balance with that attacking brand of rugby, he sees the breakdown and in anticipation he might do something, whether he runs or whether he's putting someone into space and I like watching him play heads up footy."

It's that approach to rugby that Genia says is going to put McDermott into Test contention.

"I definitely think he’s got the game (to play Test rugby), he just needs to make sure he doesn’t get that coached out of him," he said.

"He needs to keep that attacking mindset and that want to play the game because makes him the player that he is. 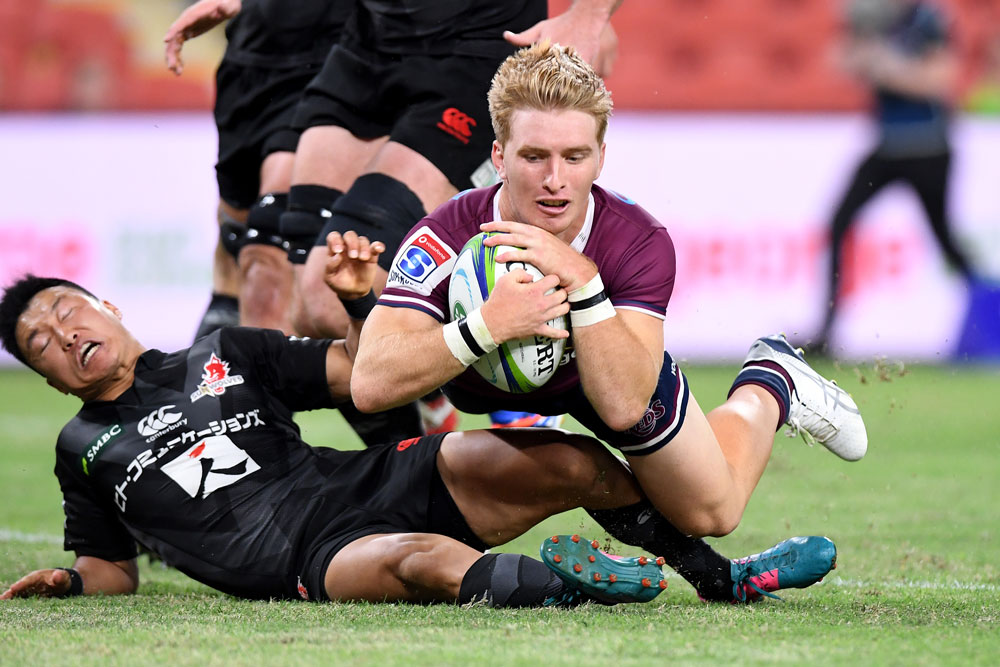 "For me,  players like him don't want to coach those things out of him.

"He's got something in his game not many other halfbacks in world rugby have, he’s just got that really attacking mindset and the ability to get players in the game - whether it be in his running, passing, quick taps or though mauls, scrums and lineouts.

The Test centurion said the experience had only made him more keen to investigate going into some kind of coaching once he eventually retires.

"I’d like to stay involved in the game in that sense, whether it's as a skills coach or coaching school teams or in a professional or semi-professional setup," he said.

"I really enjoy communicating the game to people who want to learn and understand it.

"It's definitely something I want to do, pass down knowledge and wisdom and help guys get better where I can, whether it’s mental side of the game or tactical side of the game, or the technicalities of halfback, specific skills and that kind of thing.