Q: How did you discover rugby?

A: I started school in Canberra and my first couple of years of sport was spent playing soccer. I played a bit of rugby down there as well before we moved to Sydney where I started with my local club at Epping. It was rugby in the winter and cricket in the summer – that was my life.

Q: When did you first start to get noticed?

A: I played in a pretty good team at Epping. Three of us from our under-13, under-14 side went on to play for Australia – me, Steve Tuynman and Ian Williams. Towards my mid to late teens I started to get picked in rep teams. I was picked in the Australian under-17 team, coached by Jeff Sayle. Mate, it was a terrific team. We had Michael Lynagh, Greg Martin, Cameron Lillicrap. We played New Zealand at Lancaster Park and beat them. The following year (1980) I got picked in the Australian Schoolboys team (that beat New Zealand and Ireland).

Q: In 1981 the Australian Schoolboys toured the UK and Ireland. What another unbelievable opportunity that must have been.

A: Fantastic. It was the tour after the famous Ella boys tour (Australian Schoolboys 1978) so there was a lot to live up to. We went to Europe via LA  and only had one try scored against us the whole tour – and that was from a charge down! 10 guys from that tour went on to play for Australia.

Q: The following year you found yourself playing first grade with Eastwood in the Shute Shield. That came about quickly? 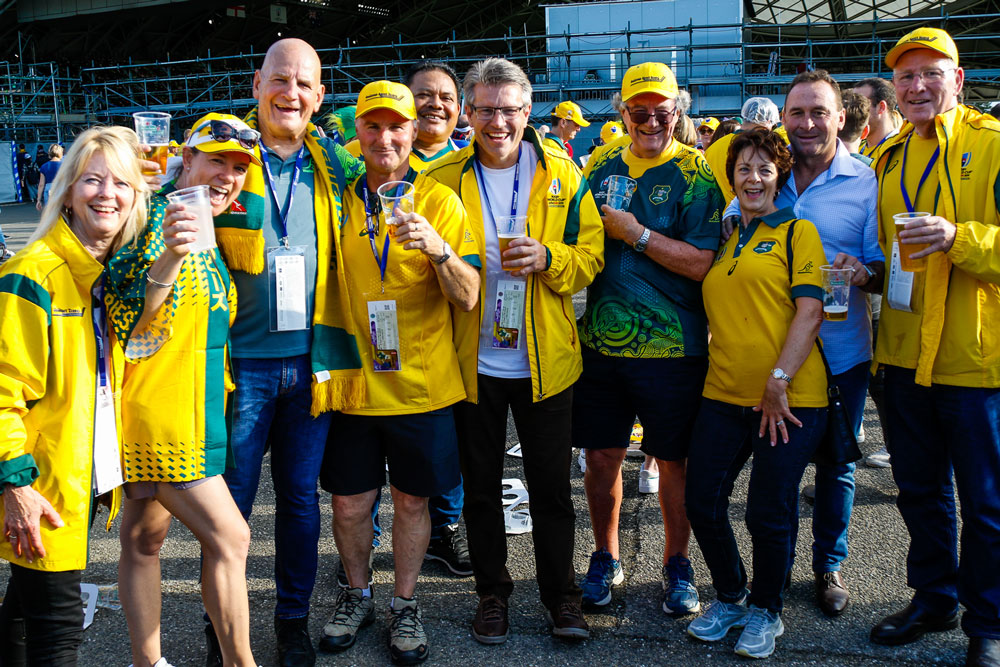 A: Someone got hurt and I got thrown in for the first trial -  I never played a lower grade game. I remember feeling young and not up to it because you're playing against some pretty tough boys who would love to get hold of you. You'd play Randwick and there'd be half a dozen Wallabies in their side. But I was also a bit naïve and felt bulletproof because of my age so you'd just get out there and get into it. That was probably a good thing otherwise you’d be totally panic stricken.

Q: You must have equipped yourself pretty well because the next year NSW selectors came calling?

A: I was only 19 and playing with blokes I thought were legends growing up. I'd watched some of these blokes from the (SCG) hill playing the All Blacks just three years earlier…the Ellas and Michael Hawker, (Simon) Poidevin and these blokes. It was surreal but they were so welcoming and friendly. It was really comfortable. Alan Jones was team manager and a bit of a taskmaster but overall it was a pretty relaxed atmosphere. And it was a bloody good side

Q: From there it was a pretty rapid rise to the Wallabies?

A: I actually thought I should have gone on the Grand Slam tour (in '84) but didn't. I didn’t debut until 1985 when I got picked to play Fiji. Back then it was an International Rugby Board rule that you could only assemble three days before a Test match and the daily allowance was 50 bucks. I was working for Rothmans at the time and getting full pay, so it was a bit of windfall for me. But a lot of the blokes had to take leave without pay just to play for their country.

Q: What about the game itself?

A: I don’t remember much about the debut other than we won pretty well (52-28). I more remember the second Test because it was at the SCG and we used the grand old dressing sheds where the likes of Ian Chappell and Rod Marsh and Dennis Lillee had sat.

Q: It's fair to say the next year – 1986 – was your most memorable? A win at Eden Park and the capturing of the Bledisloe Cup 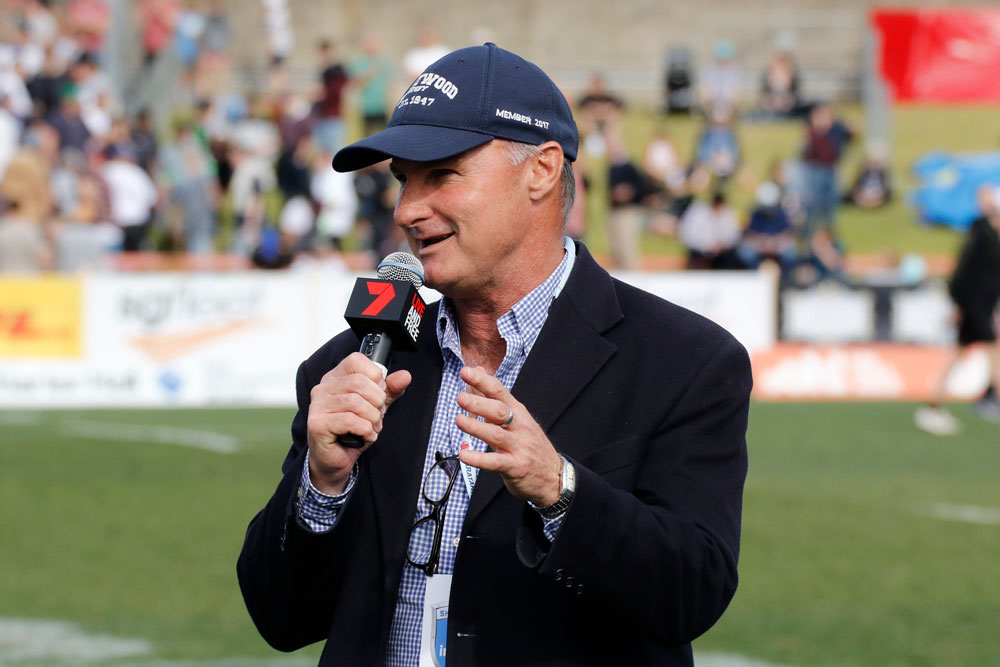 A: Absolutely. Beating the All Blacks in New Zealand is clearly a highlight. You don’t beat the Kiwis on home soil very often. The fact we haven’t won there (Eden Park) since then is remarkable but shows you just how tough it is. We had a bloody good team and were really good that day and they had a bit of turbulence. There had been a rebel tour of South Africa and they (NZ) welcomed most of those blokes back, so it was a difficult time for them. But they were still a great side and we should have won all three Tests (instead of 2-1). We had a try disallowed in the second Test to Steve Tuynman that the Welsh referee (William Bevan) now admits was a try. We lost 13-12 before winning in Auckland.

Q: We hear the post-match celebrations were pretty wild after you wrapped up the series?

A: Yeah, they were. The beer experts in the team tell me it takes 42 cans to fill the Bledisloe Cup and I take their word for that. We had a toga party back at the hotel that night and it was massive. There were a lot of sore heads getting on that flight the next day.

Q: The following year you find yourself playing in the inaugural World Cup – a very low-key affair compared to the modern day tournament?

A: Low-key? It was beyond low-key. We played a World Cup semi-final at Concord Oval – people wouldn't believe it! We were holed up at the Travelodge at Camperdown, so it was hardly glamourous. Blokes were working. Jonesy (coach Alan Jones) was doing his radio show in the morning so we’d meet at 10 o'clock for training and then go off. But it was big time for us. We felt it was pretty special.

Q: The Wallabies reached the semis only to go down to France 30-24 in an epic match?

A: We felt we were a real chance of winning the Cup but it wasn't to be. We should have won that semi-final but couldn't get the job done. It was back and forth with the lead changing hands probably five or six times. They ended up scoring (in injury time). It is considered one of the great games and, when you get older, the winning and losing ceases to be so important. It was a special game to be part of.

Q: You toured South America later that year but then switched to rugby league. What prompted the move?

A: Well, we had a rebel tour of South Africa planned and pretty much ready to go. It was worth $200,000 tax free. We were days away from hitting the airport and it all blew up into this massive controversy. The tour got canned but I'd already spent that 200 grand in my head. The league boys had been chasing me for a while and it was pretty big money. I spoke to the Bulldogs, Tigers, the Gold Coast Giants and the Roosters. I chose the Roosters because I thought they were on the way up but the Bulldogs and Tigers ended up playing in the grand final of '88.

Q: Any regrets about the move?

A: No, because I met some great blokes and financially it was a good decision. But I never got going because of injury. I broke my forearm twice, then I smashed my jaw before doing my knee twice.

Q: You eventually made it back to rugby via Eastwood?

A: It was easy me to give professional footy away. I was at Westpac at the time and had some really good times there until the early 2000s. I eventually made it back to rugby after a long court battle to be reinstated.

Q: You've been a strong advocate for club rugby in your role as president of Eastwood and Sydney Rugby Union director. Why did you feel the need to put back in?

A: Footy clubs are great environments. We have a lot of impact on a lot of people. Society is changing a lot but young people really benefit from being a part of a tribe. We're all doing it for the love of it. It matters. It’s nice to be able to give back.

Q: Finally, what keeps you occupied these days? 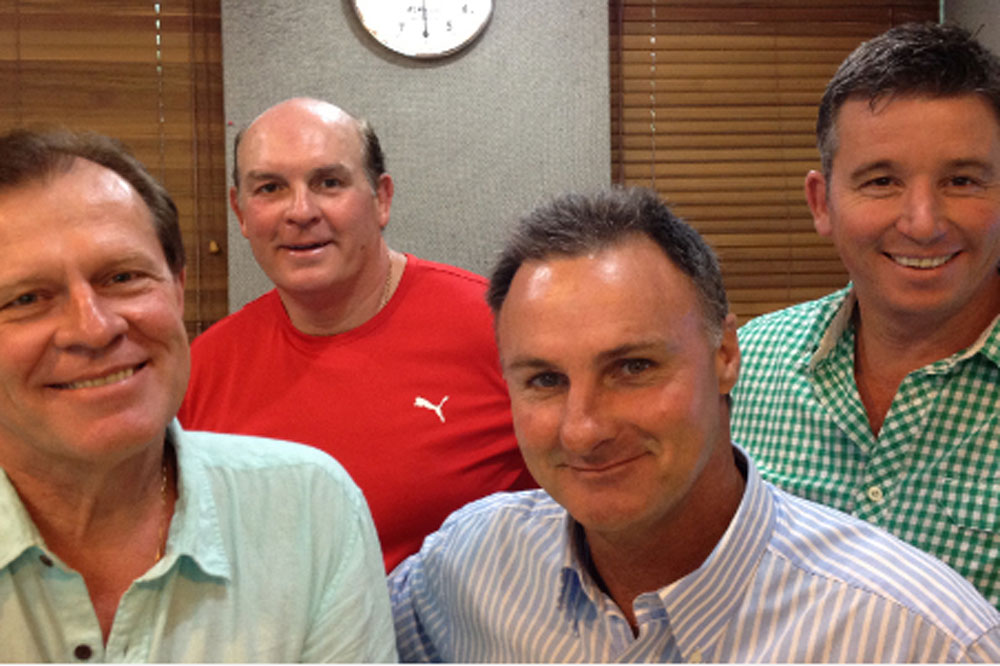 A: I keep myself pretty busy. We've done 18 years on Talkin' Sport (on the Super Radio Network). We go to 40 stations in NSW and Queensland. A lot of country folk who get no other radio, get to hear us because we've got all those relay stations. It gives them their daily dose of laughs and sports chat. We like to describe it as three blokes around the bar talking about sport and arguing the topics of the day. It's a lot of fun. We talk a lot of sport but rugby is still very much in my blood.

if you enjoyed this story, read others in this series.

Where are they now: Tony Melrose Q&A