Harry Potter and the Get Large Garage. No, it's not the latest work from author JK Rowling but the makeshift gymof Rebels back Potter where Melbourne players are working to ensure they are ready to return to play.

Observing the strict social distancing rules in place in this time of coronavirus, Melbourne players without access to gym facilities are heading to Potter's place, close to AAMI Stadium, where the garage has been transformed into a makeshift gym with weights from the Rebels' regular training facility.

While only two players at a time can use the gym and there's a strict cleaning regimen in place, Potter said it was helping keep a sense of normality in a strange time.

When the Super Rugby season was halted - and then training for all teams called off - due to coronavirus, Potter and housemate Josh Kemeny raided the Rebels gym and set up their own house of pain. 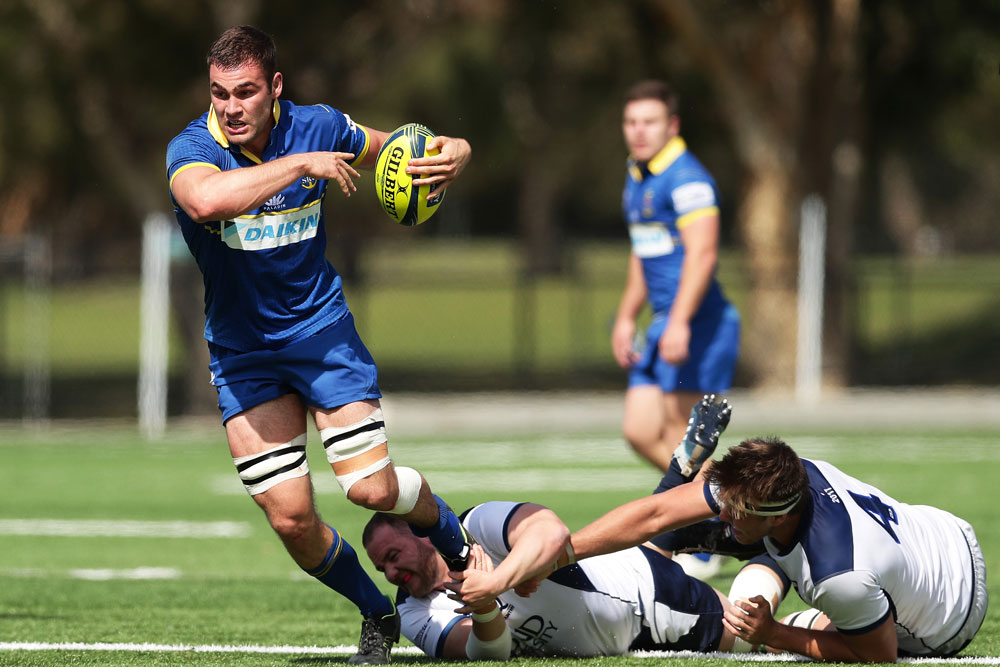 "We got Josh's truck and filled it up with what weights we could and we've converted our garage into a gym," Potter said.

"Slowly as rules became more and more strict, we've had to reduce the size of the group that can use it.

"At the moment we're two at a time in there.

"A lot of the boys have got other weights at their houses but there's a couple of boys that come over and use it, we just make sure there's only two of us at a time."

And proving the players have maintained their spirits, the area quickly got its own moniker.

"It's got the great name of the 'Get Large Garage', so there's a great vibe going down in there," Potter said.

"There's some people staying motivated in this time.

"I think it's what's keeping me and Josh and Reece (Hodge) and Billy (Meakes) and Anaru (Rangi) through at the moment."

The gym is not only serving a practical purpose but keeping the teammates connected during unique times.

When Harry met Harry ⚡ There were 2️⃣ Harry Potters in Melbourne last night when our own Rebel Harry rubbed shoulders with the cast from @cursedchildaus after a spellbinding performance at the Princess Theatre. #HelloMelbourne #CursedChildAUS #ApparateWithUs


"It's an unbelievably strange time at the moment. It's so bad for everyone, so it's all right for us," Potter said.

"We are sort of just going day by day at the moment until we find out a bit more. I can't complain, I'm keeping busy running and going to the gym.

"I think we're lucky in the sense that we can't work from home and we're at least allowed out of the house once a day if only to go to the park and run with a teammate.

"So I feel like it's a bit easier getting through at the moment because everyone else in the world is perhaps stuck in their apartments and has probably minimal motivation to get out and go for a run.

"So I think it's good from that perspective and I think we're all staying healthy and keeping fit and when the competition does come up we'll be ready to go if we can sustain that for another few months."

A former Rebels U20 player, Potter is in his first year back in Melbourne after moving to Sydney for tertiary studies several years ago.

While he grew up in AFL-mad Victoria, Potter had emigrated to Australia with his family from the UK and already had a taste of rugby before he arrived.

"I was certainly never going to get into rugby had I been born and bred in Melbourne. Well, I think maybe I would now as it's no doubt gotten bigger over the last 10 years," Potter said.

"But I had a bit of a taste of rugby from the UK and I  started off by playing at school. It was a very different dynamic to the UK where it was a big sport."

His reason for moving to NSW had more to do with study than sport but Potter said landing at Sydney University to study a Bachelor Science majoring in environmental science ended up being a boon for his rugby as well. 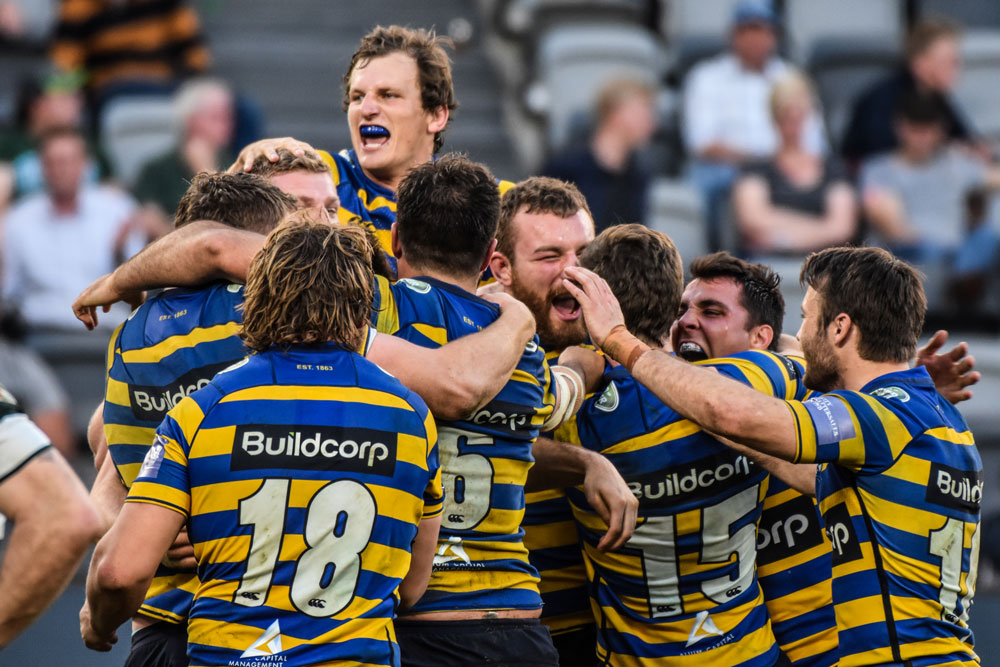 "I really landed on my feet going to Sydney Uni, I didn't realise how much of a big place for rugby that was and such a successful club until I got there and then it all snowballed," he said.

The flying winger faced another challenge growing up though in his name.

"My parents didn't know anything about Harry Potter when I was born because it had only been released a couple of months before," he said.

"They didn't have any idea that it was even a book - and then a few years later when the second and third books came out and the movie, we realised that it was rather a big thing.

"They even asked me if I wanted to change my name when I was 10 or 11, when we came to Australia, which would have been a good idea. But I'm glad I didn't decide to do that.

"When I was younger and at school, there were most often jokes and at times it becomes frustrating but there's only been a few times in my life that it's gotten to me.

"I suppose copping Harry Potter jokes for 22 years, you sort of get used to it and it actually gets quite funny. It's nice when someone thinks of an original joke but as you'd imagine, that's quite rare as well."

It's Potter's on-field wizardry that attracted the Rebels though and before Super Rugby was suspended he was working hard towards making his debut.

"Before (everything shut down) it was really exciting and it was good to be back home in Melbourne, we were building a bit of momentum, it was just exciting being a part of a team that was definitely on the up," he said.

"The guys at training and learning all sorts of things off some incredibly impressive Wallaby backs that they have down at the Rebels was a really good experience.

"If I was being optimistic about the season, I'd like to think that I could put myself in a position to sneak in there and get some game time.

"But with how things are going at the moment, just getting everyone back to training would be a step in the right direction."