England's Rugby Football Union (RFU) expects to lose up to £50 million ($A99 million) over the next 18 months due to economic crisis caused by the coronavirus pandemic.

The RFU's executive board will take pay cuts of more than 25 percent as a result, but a £7 million ($A 13 million) fighting fund will be provided to help community clubs survive over the coming months.

A ban on mass gatherings to try and halt the spread of coronavirus means no major sporting action can currently take place in the United Kingdom.

England's final Six Nations match away to Italy, due to take place on March 14, was also postponed because of the virus.

"The RFU's biggest asset is also a major cost and the closure of Twickenham Stadium has a significant impact on the revenues we can generate to re-invest back into the game," Bill Sweeney, CEO of the RFU said in an open letter on Wednesday. 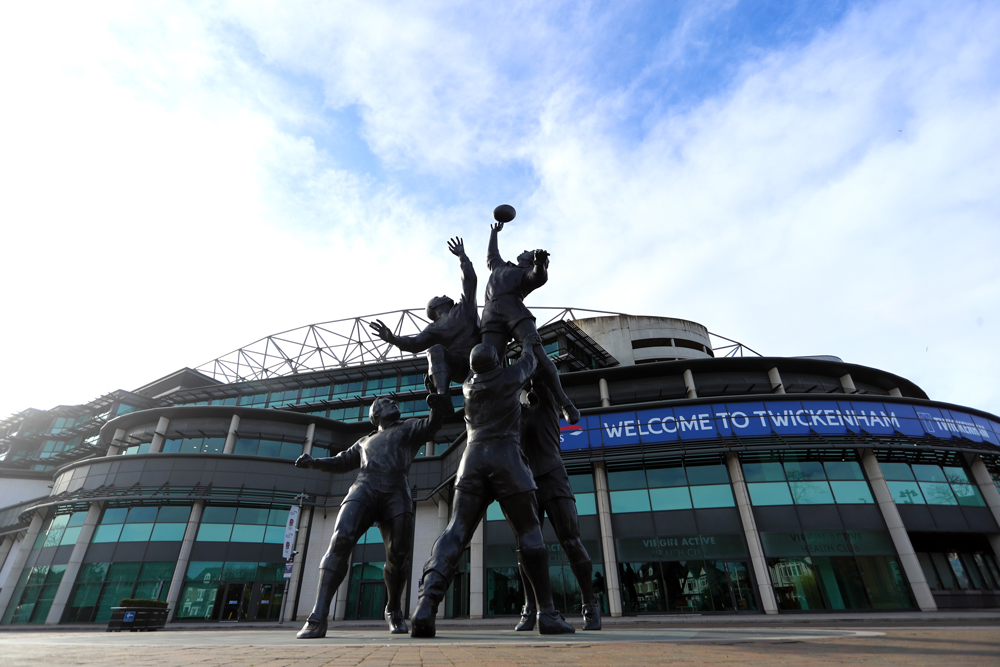 "Based on our planning assumption we estimate RFU revenue losses over the next 18 months to be approximately £45-£50 million ($A89-99 million) and have a firm plan in place to mitigate this.

"The RFU Executive Team will be taking a cut in remuneration in excess of 25 percent. In addition, combined Board fees will be reduced by 75 percent."

The £7m ($A13 million) relief package will consist of suspending loan repayments, providing emergency loans and forwarding money due at a later date from ticket sales.

The rugby season below the top-tier has been prematurely ended and a decision on how to proceed with awarding promotion to the Premiership is expected by mid-April.

Newcastle are 18 points clear of Ealing Trailfinders at the top of the second-tier Championship table.

However, Ealing have threatened to launch legal action if Newcastle are handed the league title.

"Significant progress has been made on the process for considering the implications of ending the season early," added Sweeney.

"We will ensure a fair and balanced outcome for the game and are now committed to update on this by the middle of April."

Kafer: Who's standing out from the Super Rugby AU pack?

Waratahs looking for vengeance against Reds

Brumbies still not at their best: Banks