Super Rugby is over as we know it for 2020 as teams adapt to the ever-changing environment that is a global pandemic.

With a long break ahead of us, RUGBY.com.au is giving you something to celebrate in rugby this season, bringing your our Super Rugby Team of the Year so far.

This list is based on the players who have dominated the Teams of the Week so far this season, earning the most entries in the XV.

In cases where two players have had equal berths, RUGBY.com.au's experts chose the ultimate player based on their performances this year.

We want you to tell us who you think has been the best player in an Australian team so far this season. Vote at the bottom of this page and we will reveal the results later this week.

Gibbon is not as lauded as some of his more high-profile candidates but he has squeezed out Test prop James Slipper for this spot. Gibbon has punched above his weight and reputation week in, week out in 2020. The Rebels scrum has won some big victories in recent weeks and it is in no small part attributable to Gibbon's grit and strength.

Fainga'a has missed a number of games for the Brumbies now but his start to the year earned him the most Team of the Week entries of any Aussie rake. The Brumbies set piece is a major weapon of their game and Fainga'a is one of its key cogs. Has five tries to his name this year as well, among the most across Super Rugby. 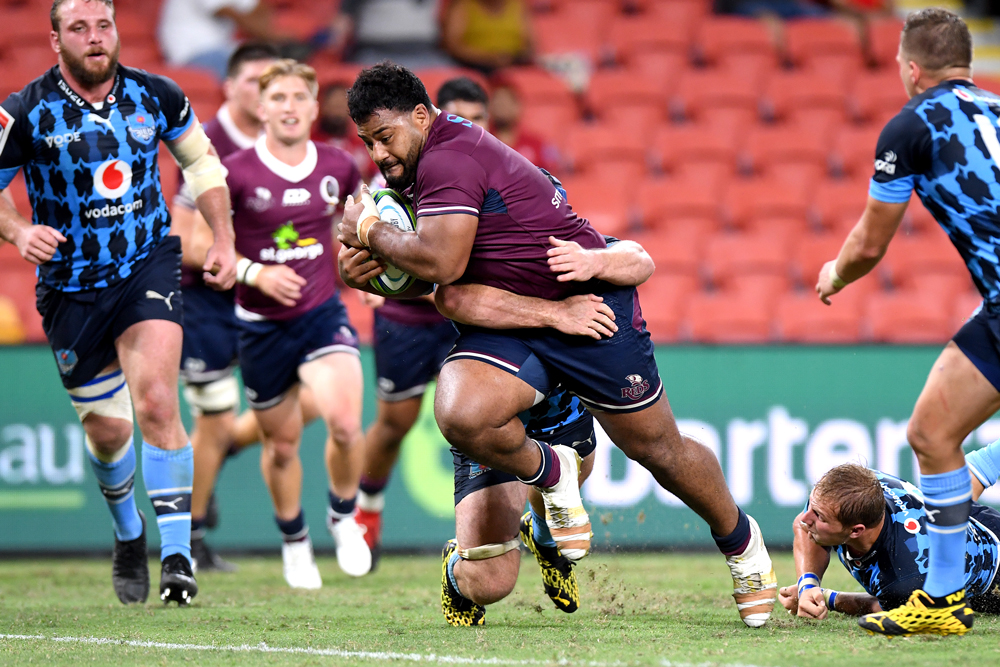 Tupou is back to his rampaging best after a quieter 2019. The tighthead prop has done some damage in open spaces this season but he has really stamped his authority at scrum time. He's been keeping himself busy with some #StayAtHome challenges in recent days but fans will be looking forward to seeing him back out on the park when the pandemic restrictions lift.

Philip has established himself as the form lock in Australia this season, one of his best years to date. The Rebels lineout has been very solid and Philip has made an impact across the park with his trademark aggression and physicality.

Neville has found his groove at the Brumbeis after a nomadic Super Rugby career to date. The Brumbies made a savvy call to bring Neville back from overseas for 2020 and he has repaid that faith in spades. The 31-year-old has been a physical force and reliable in the set piece. Big tick.

This really shaped as Valetini's year after two seasons marred by injury. The blindside flanker has not missed a game this year and is finally showing fans some of his potential. A vital part of a very formidable Brumbies backrow.

The Waratahs are having a dismal season but tireless flanker Michael Hooper continues to keep his personal standards as high as ever. Ranks in the top five in tackles and turnovers won, statistics that would silence a few critics of the athletic no. 7. Still taking a leadership role within the team despite stepping down as captain and, as he always has, setting the bar for his teammates.


Wilson continues to impress every week and has become one of the standouts of Super Rugby in his debut season. He leads the competition in carries, is second in offloads and has made an impact in almost every Queensland game this year. Fought out some very tough competition to be in this spot, with Pete Samu and Isi Naisarani not far behind.

There are some exciting nines in Australia but McDermott is sitting at the top of the list after a scintillating 2020 thus far. He brings plenty of zip to the Reds' game, sparking some spectacular attacking chains and finishing them off as well, scoring five tries this season so far. Has been earmarked as a Test candidate for a couple of years now but this could be his coming of age season.

Lolesio was given the Brumbies' playmaking reins this year and he has stepped up as their regular 10 superbly. Lolesio plays with maturity beyond his years and has shown in some tight finishes this season that he can manage a game even under pressure. A loss to the Highlanders proved a steep learning curve for the young flyhalf and he hasn't looked back since.


Speight has found some vintage form in his move to Queensland this year. Not only scoring tries but providing incredible support play for many of his teammates in what has been an exciting start to the Reds' year. Speight at his best is a joy to watch and Queenslanders are reaping the rewards right now.

Meakes has continued his strong Super Rugby form into 2020 and is a pivotal member of the Rebels outfit. The inside centre has shown off some nice finishes this year but his value is just as much in defence as attack.

Kuridrani doesn't get many plaudits but he is one of the most consistent players in Australia this year. Has been effective defensively and in attack in pretty much every Brumbies game and does hos job with no frills.


Kellaway is doing his job incredibly well after seven rounds of Super Rugby. The Rebels winger leads the competition in tries scored with seven so far, including two consecutive doubles in the Rebels' past two matches. The 24-year-old returned to Australian rugby after an up and down journey here and overseas and his decision is clearly paying off. Solomone Kata another strong contender for this spot but just misses out.

Fullback is one of the positions that shaped as being most hotly-contested in the Wallabies conversations at the start of the year and Banks has certainly staked a big claim on the 15 jersey. Has been one of the Brumbies' best each week and adds value in open space and off the boot for the ACT side.