UPDATE: Brumbies coach Dan McKellar says the team took the cautious route with Scott Sio, who is set to miss this weekend's derby with a hand injury.

Sio has been ruled out with a hand injury and will need to have a plate inserted but coach Dan McKellar expects the loosehead to return in a matter of weeks.

"He's just got a minor hand issue, had a little plate inserted, he'll be back in a couple of weeks," he said.

"Slips has been one of our best so he slots back in and it's a good opportunity for Lloydy off the bench. Very good scrummager, we've given him some feedback around his general play game, really confident in both those boys.

"He just got a whack on it making a tackle and played on for a good while but it's one of those injuries you could potentially keep playing with but we took the conservative approach."

Slipper, Joe Powell and Andy Muirhead all return to the starting side for the Sunday afternoon match in Canberra in what is a largely unchanged 23.

Connal McInerney continues his run as starting hooker while Folau Fainga'a is still missing with injury. 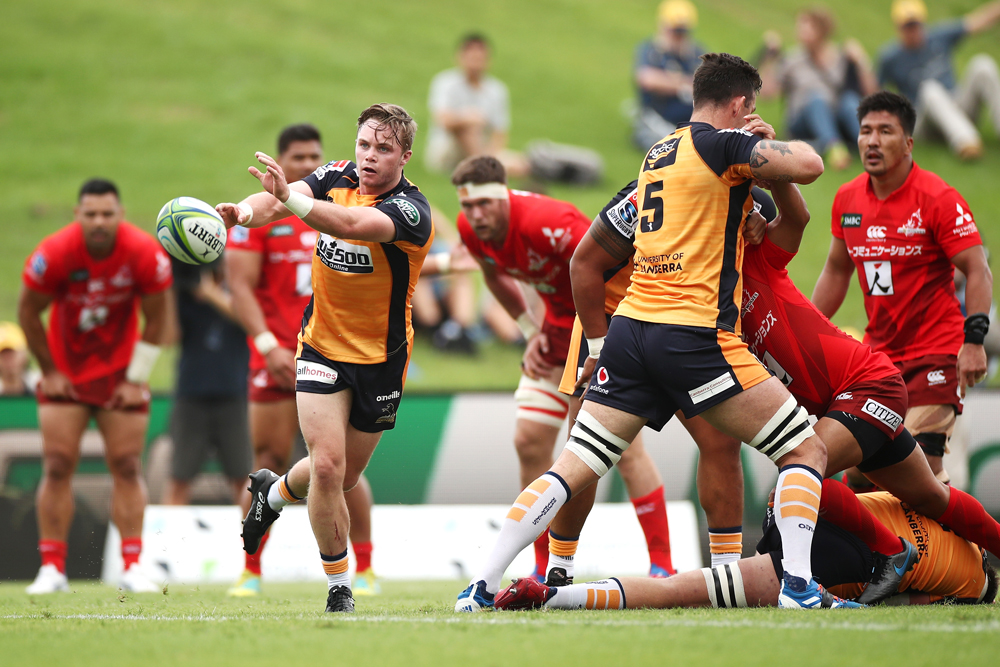 Powell will reunite with Noah Lolesio in the halves, pushing Ryan Lonergan back onto the bench for the Canberra match.

McKellar said the move was a difficult choice but that Lonergan was proving himself in the final stages of games regardless.

"It's a tough one, they're both in good form and Joey's our vice-captain and has been our starting nine for a number of years now so Lonners is putting pressure on there and performing really well," he said.

"He knows we've got a whole lot of confidence in him, we're bringing him on with 25-30 minutes to go to close out games and win games and that's his role this week and that'll be an important one so they'll both be important players on Sunday."

Tom Banks will earn his 50th Super Rugby cap in the Australian derby while Toni Pulu is out of the 23.

Pulu is yet to find out the severity of a shoulder injury he suffered against the Sunwolves, with a first set of scans not producing conclusive results.

"It's a standalone game, you don't worry about form in these games, it's like the old interstate matches," he said.

"They'll be up for it, they have to be and we'll be up for it as well. So, I think they've shown glimpses. They were very good against the Lions and at half-time on the weekend they were in a really good position.

"The Chiefs are just one of those teams they can put three tries on you quickly and they did that."

Brumbies to take on Waratahs