UPDATE: Brumbies and Wallabies loosehead James Slipper says a drive to be successful in Australian rugby helped him commit for two more seasons.

The Brumbies announced Slipper's re-signing early on Thursday morning, keeping him at the Brumbies through to the end of 2022.

Slipper was offered a lifeline in Canberra after his time with the Queensland Reds was ended because of a drug-related suspension in 2018.

Since arriving at the Brumbies, Slipper has not put a foot wrong and instead has returned to the peak of his powers as one of Australia's most consistent front rowers. 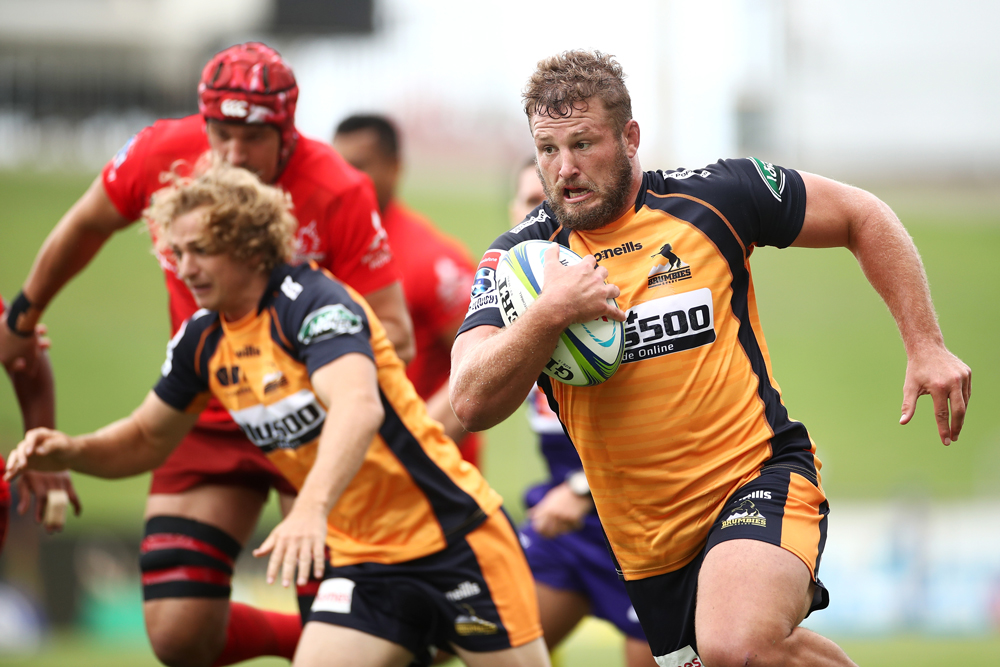 Speaking to media on Thursday, Slipper said he felt he had more to give in Australian rugby and wanted to be part of the Brumbies' next step.

"There was opportunities to go overseas but for me personally I want to be a success in Australian rugby and I'm really looking forward to seeing what happens in the next couple of years here and to be a part of that in whatever role I'm in would be special to me.

I'm just really enjoying myself at the moment and that was probably the biggest deciding factor for me to stay. I really enjoy this club and the coaches and the boys here.

Sharing game time with fellow Test star Scott Sio, Slipper has made himself an invaluable part of the Brumbies group.

Slipper admitted he wasn't sure what would come of his move to Canberra but he has not looked back since taking up the offer.

"I didn't really know what to expect when I came down here and one thing I did know was that a lot of players came here and did well," he said.

"My main focus last year in coming here was just to buy into the club, buy into the community and make sure I turn up and put in an effort that I can be proud of and everyone else can be."


Slipper said he felt he had continued to grow in his 18 months with the team so far and wanted to go on in tat same vein.

"I wanted to come down here and improve on the field and off the field and I feel like I've done that so a lot of credit has to go to Dan and the assistant coaches for that."

Brumbies coach Dan McKellar said Slipper had been an "oustanding" addition to the team.

"James has been nothing short of outstanding since arriving at the club and we're thrilled he's sticking around until the end of 2022."

"He's a natural leader within the group and is a great mentor for those younger players coming through our Academy programs here at the Brumbies.

"He and Scotty Sio have formed a super partnership in that front row and I think we're seeing the reward of having two world-class looseheads working together in their longevity and form.

"James has really embraced our club and loves getting out and about in the community with our supporters here in Canberra."