A red card for a moment of recklessness ended France's hopes of a Six Nations Grand Slam on Sunday, as they lost 28-17 to a clinical Scotland in a meltdown with echoes of their ill-disciplined exit from the World Cup last October.

The game turned on the expulsion in the 33rd minute of Mohamed Haouas for throwing a punch, in an echo of Sebastien Vahaamahina's red for an elbow in the quarter-final defeat to Wales in Japan, but Les Bleus were in trouble before the card.

They lost flyhalf Romain Ntamack early to a head knock and conceded a string of early penalties as poor discipline returned to haunt the tournament favourites.

Scotland were ruthless in their decision making, with Adam Hastings kicking early points to build a lead before Sean Maitland bagged a brace of tries and Stuart McInally romped over against the tiring 14-man France.

"We wanted to put in a performance to inspire the nation and hopefully we've done that today," Scotland captain Hogg said.

France's failure to secure even a bonus point leaves them tied on 13 points with England, who beat Wales 33-30 in an equally bad-tempered clash at Twickenham on Saturday.

Ireland are also still in the title hunt but need to hope they eventually get to play their fixture against Italy, scheduled for Saturday but postponed because of the coronavirus outbreak. 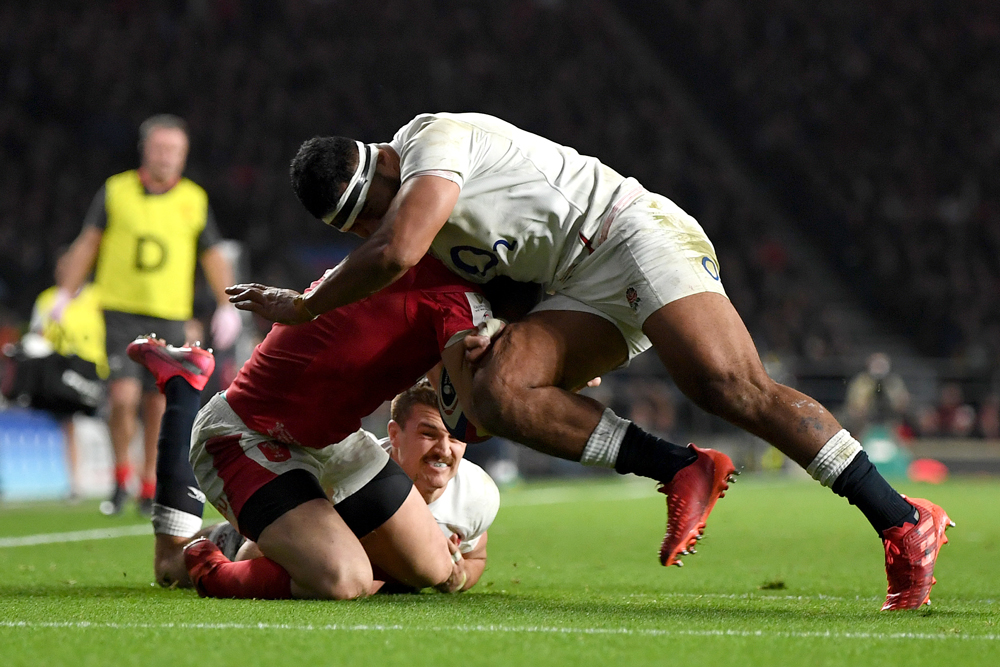 England coach Eddie Jones slammed referee Ben O'Keeffe for the "bizarre" sending off Manu Tuilagi late in a 33-30 win over Wales in the Six Nations Championship at Twickenham on Saturday that clinched the Triple Crown.

The outspoken Australian boss even suggested the match had ended as a contest of "13 against 16", implying New Zealand official O'Keeffe was biased in Wales' favour, with England two men down after replacement Ellis Genge was sin-binned and Tuilagi shown a red card.

World Cup finalists England were 33-16 ahead on the hour mark when Tuilagi scored their third try, but he saw red with five minutes remaining when he was deemed to have committed an illegal "no arms" tackle that stopped Wales wing George North scoring a try in the corner. 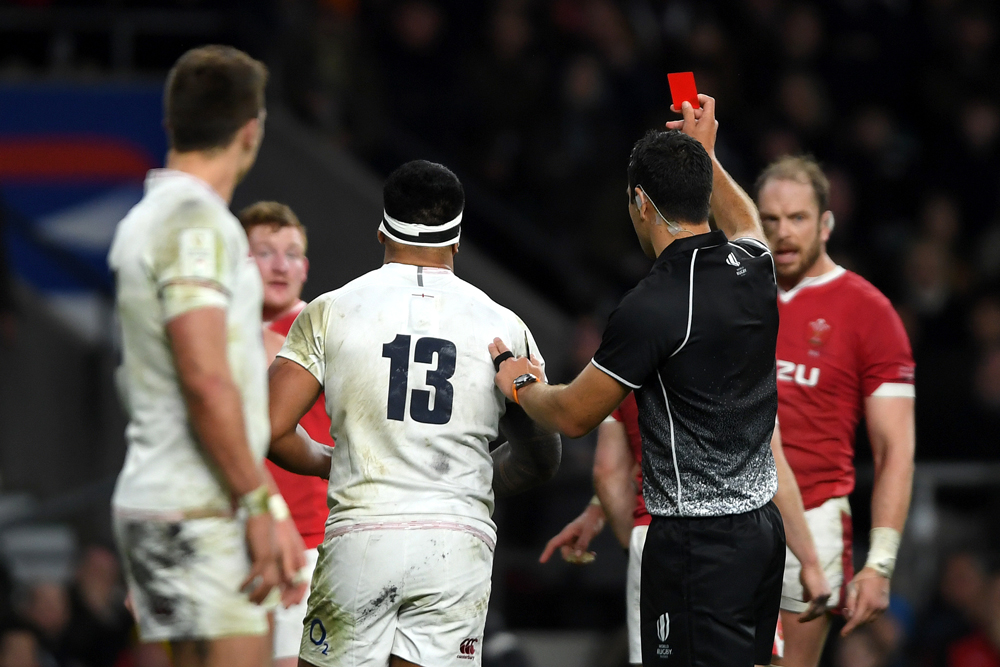 "I find it bizarre, I usually don't comment but I don't see how you can tackle a guy, how else are you supposed to tackle him?," Jones told reporters when asked about powerhouse centre Tuilagi's challenge on North.

"This bit about where your arms are -- what a load of rubbish. I think there's no common sense applied in that situation. It's absolute rubbish."

The former Australia and Japan coach added: "Clearly the guy's falling, there's a good chop tackle, Manu's coming over the top to kill the tackle and doing everything he's supposed to be doing - come on."

With England two men down, Wales scored tries in the closing minutes through fly-half Dan Biggar and Justin Tipuric, the flanker crossing for a second time.

"When you have a three-man advantage, it's going to do some damage so I thought we were exceptional," said Jones. 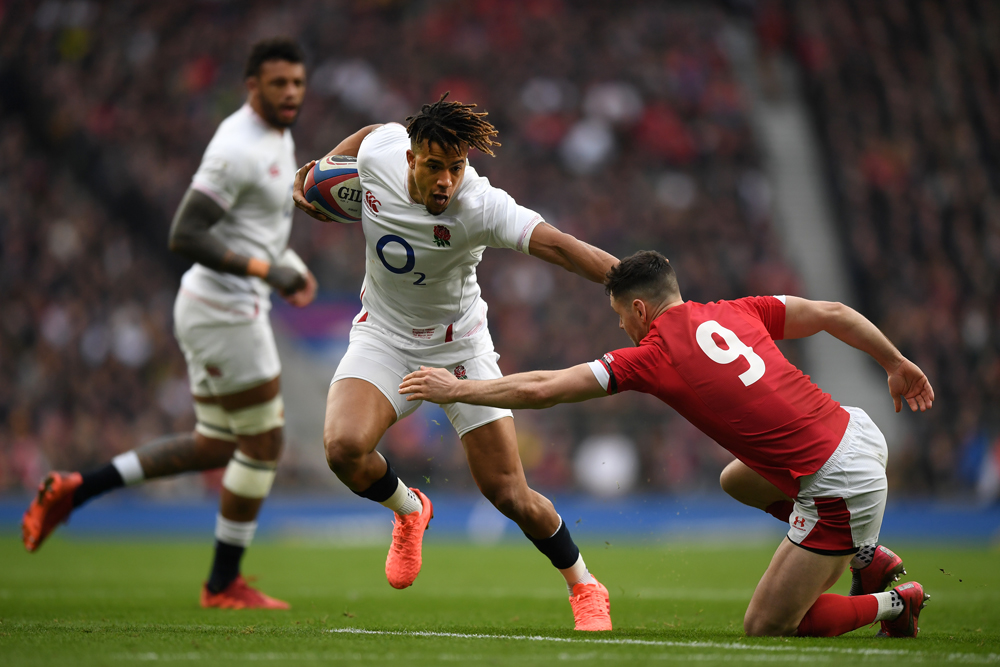 England captain Owen Farrell added: "I thought it was a brilliant fight.

When Wales got some ascendancy, I thought it was very calm and collected about what we had to do next."

Grand Slam chasing France are in pole position to be crowned Six Nations champions but this win kept England in title contention.

However, their scheduled tournament finale against Italy in Rome on March 14 has been postponed due to the deadly coronavirus and no new date has been set for the Stadio Olimpico fixture.