Waratahs women's coach Campbell Aitken says he wants his side to "aim up" after a 20-5 win over Fijiana on Friday night.

The Waratahs made a statement in their clash with and international outfit that beat Queensland just five days ago but Aitken said they had to use it as a platform for the rest of their Supe W campaign.

"Momentum's huge in any sport and for us to continue winning is important for us," he said.

"It certainly sets us up nicely for the rest of the season but our challenge now is to aim up from here and not just accept this as the ultimate.

"We've got bigger challenges ahead."

In a bruising contest, the Waratahs women were put to the test in physicality and Aitken was happy that they stepped up to the mark.

"Certainly  a step up in intensity from last week and it's certainly the challenge we were looking for and I'm pleased with the way the girls reacted to it," he said.

"It was just physicality and intensity.

"It's a good benchmark to understand for our girls to understand what it takes to play international rugby at that high standard.

"We saw how physical they were against Queensland` and we certainly aimed to match them them in that area." 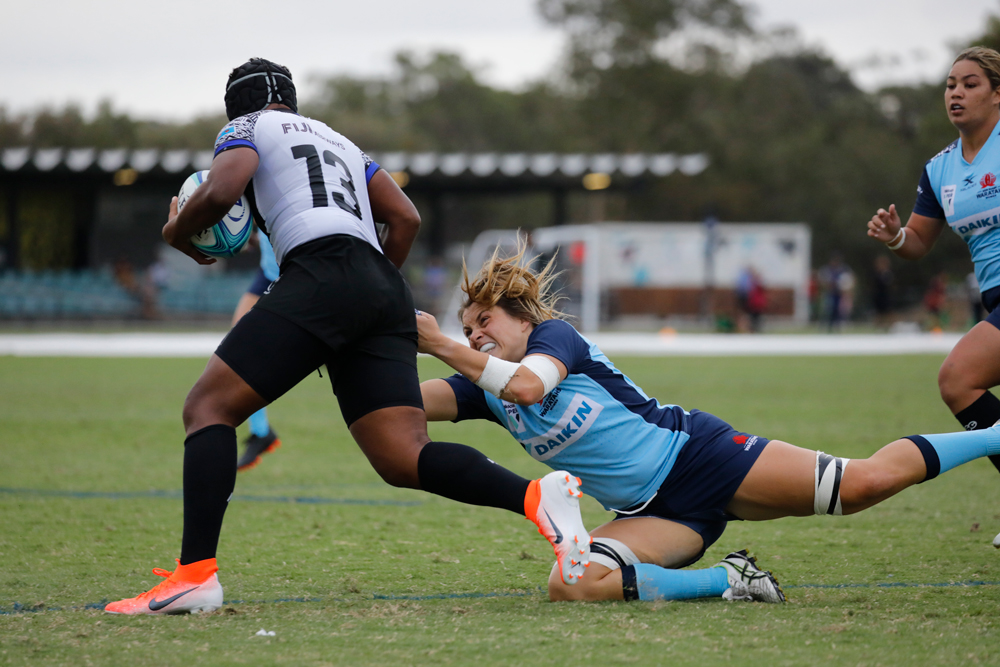 A two-tries-to-nil first half opened up a buffer for the Waratahs that Fijiana could never really pull back.

Both sides let chances go begging in the clash with handling errors halting them, particularly in the early stages.

It was the Waratahs who managed to make the most of their opportunities in the end and continue their unblemished run of recent seasons.

Waratahs flyhalf Pauline Pillae pulled the strings well for her side, in her second start at 10 for NSW, and their forward pack stood up on a day when they had plenty to do.

Skipper Grace Hamilton was at her barnstorming best at no.8, earning a try for her efforts in the final seconds.

Fijiana didn’t find the quick scores they had in Ballymore last weekend as both sides jostling for ascendancy in the early stages.

Though it was Fiji doing much of the attacking in the first quarter it was the Waratahs who broke through first through Friedrichs.

It was off a scrum where the Waratahs found their second score of the half, amid a seesawing opening term. 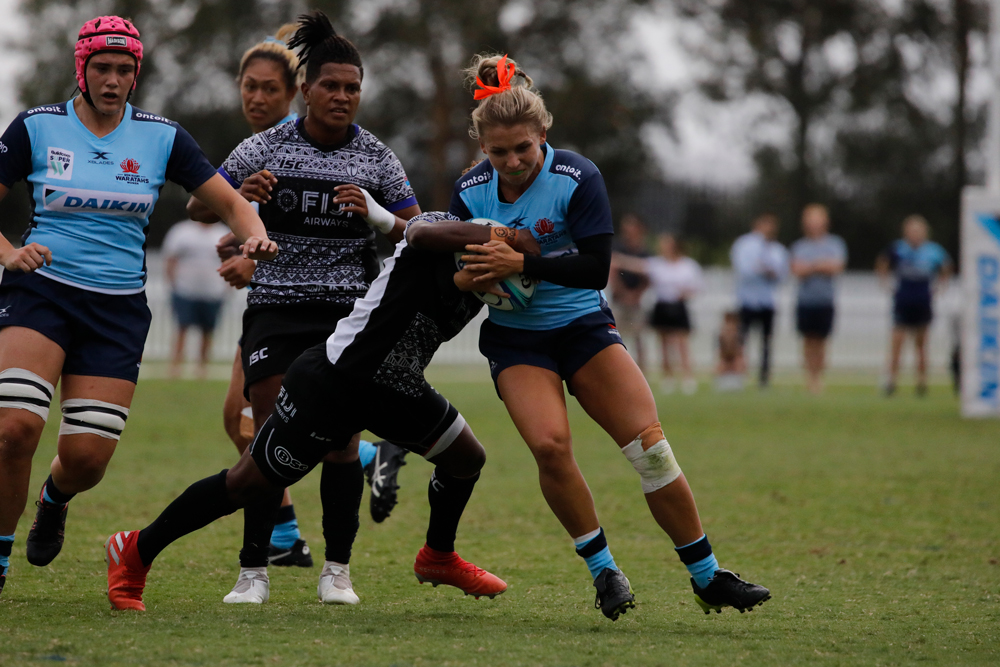 Flyhalf Pauline Pillae found a gap in the Fijian defensive line, passing out to Kennedy Cherrington, who in turn put Chloe Leaupepe over in the 35th minute.

Fijiana had its most threatening attacking run generated from fullback Aloesi Nakoci and it looked as though winger Seini Raoma had scored but a desperate effort from flanker Fi Jones prevented that score.

Fijiana continued to pepper the Waratahs line but another handling error meant they couldn’t convert their pressure into any points.

Those two tries proved the difference at the break and though Fijiana began the second half positively, the Waratahs women stood up defensively.

Fiji finally turned some electric play into points and closed the gap to just one try with half an hour to go.

That momentum quickly faded when the Waratahs’ Kennedy Cherrington found some pay for NSW’s patience in attack.

After phases of pick and goes, skipper Hamilton found Cherrington on the left edge and fired off a quick offload for her to score.

The Waratahs peppered the Fijian line in the final minutes of the game, falling just short of the line again and again and it was Hamilton who had the final say of the game, going over in the corner.

The Waratahs women host the Brumbies next week in Parramatta in their second game of Super W for 2020.