Super W: Stanford feeling \"better than ever\" ahead of Brumbies return

Brumbies backrower Tayla Stanford is confident she can be as good as ever as she makes her return to Super W this weekend.

Stanford, who was on the verge of Wallaroos selection after a player-of-the-tournament season of Super W, suffered a catastrophic knee injury in the Brumbies’ final game of the season.

The 24-year-old ruptured her ACL and was sidelined for close to 10 months with the injury but she will make her Super W return for the Brumbies this weekend.

It was a long road back for Stanford, who still clearly remembers the moment that her season ended.

Stanford said she felt better than ever after being named to make her Super W comeback against the Rebels this weekend.

“This whole process has been like starting all over again, my training has been more consistent than ever and worked hard to fix those little things and avoid anything happening again,” she told RUGBY.com.au.

“I’m more confident than I have ever been getting out on the field.”

She won’t be wanting to ease back into competition either, according to coach Adam Butt.

“It was disappointing not to see her capitalise on her great season but knowing Tayla well, she’ll be pushing to achieve those honours,” he said.

“She’s a pretty driven athlete and I think she’ll expect to come out and push for a player of the match performance straight away.

“She wants to be the best of the best, that’s her drive and we expect she will be showing that on Saturday.”

Stanford was carried off 15 minutes into the Brumbies’ semi-final loss to Queensland in Brisbane and immediately she and those around her had a sense it was serious.

As she waited for scan results, she clung to the slim hope of positive news but that didn’t last long, as her hopes of an international debut slipped away.

“I felt it straight away, I felt a snap and heard a pop," she said.

"I knew straight away and that was one of the hardest things, knowing but not knowing and then just trying to stay positive and think that it mightn’t be as bad as what I thought.

“It just happened and then I got home and found out how bad it was and within days I had to have surgery and was told that my recovery time would be anywhere between 9-12 months.

“I guess when you hear that it’s very disheartening because I had so many goals I want to hit within rugby and a lot of support from our medical team and coaching staff and friends and family.

It wasn’t long before her devastation turned to determination, though, as she worked towards a Super W comeback.

Butt recalled Stanford's almost immediate positivity as she travelled to the hospital after the injury, a telling reflection of her toughness.

"She jumped on the bus  on the way to the hospital and she was pretty devastated but she had a couple of smiles saying, "I'll be back next year'," he said.

'She’s had some setbacks through the year but it's a testament to the attitude and her mental fortitiude that she's back playing."

While Stanford might have taken a little longer to turn around internally, once her operation was done and dusted she said she turned her focus immediately forward.

“Once I had surgery and saw the surgeon, everything went really well and my mindset changed fairly quickly,” she said.

“I was in rehab straight away, which I was very lucky to be able to do, so I didn’t really lose much time and then I was going straight to physio more determined than ever to get back.

“And having Super W and time frames to work towards, it made my rehab process as good as it could be.”

The journey has given Stanford a renewed sense of dedication to her training that coach Adam Butt praised this week.

“She’s probably been at times a bit lacklustre with her training habits in the past, but she’s really improved,” he said.

“She’s done everything we’ve asked, she’s  been putting extra sessions in each week and that’s not an easy thing to do at all.

Having to balance her rehab with a full-time job at Athlete’s Foot made Stanford’s rehab journey all that more intense. 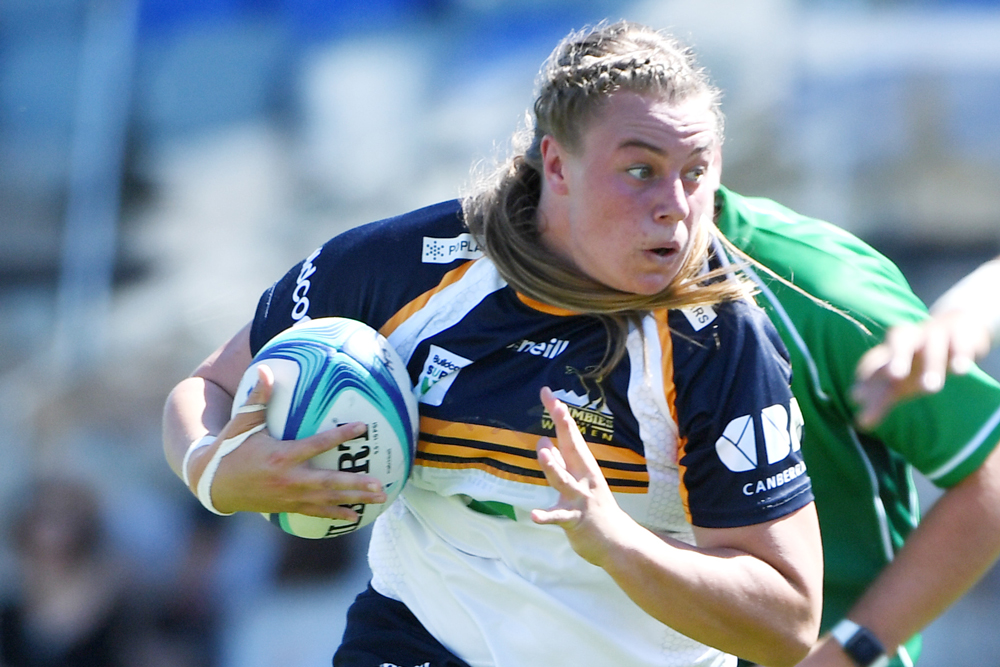 First, there was the time off post-injury and then having to eke out times where she could attend physio appointments.

“Having to get up early and do a session and work all day and go back again and do the same sort of thing,” she said.

“It’s a massive mental game, how do you mentally prepare to wake up at 5am and work all day and go back and do another session, most days of the week?,” she said.

“Towards the end especially it was more of a mental game, trying to keep myself focused to motivate myself.

“But I have so much I want to achieve, and even thinking towards ( the 2021) World Cup, that’s something that everyone wants to be part of and to be able to pull on the Australian jersey and represent my country would be amazing.”

Stanford will start at no. 8 for the Brumbies women against the Rebels in the only change to the side that comfortably beat Rugby WA last weekend.

Brumbies to take on Rebels