The Rebels will be missing Matt To'omua and Reece Hodge for their clash against the Sharks in Ballarat.

Hodge lasted less than 20 minutes in last weekend's win over the Waratahs, forced off with a groin injury, and the utility is expected to miss at least a month of Super Rugby.

"We probably had a sense of that after the (post-match) press conference when I had a chance to chat to him, i think he got a sense it wasn't feeling great."

To'omua's injury is also a groin issue but Wessels said he was confident the playmaker would be back in the side for next week's clash with the Highlanders.

Andrew Deegan will step into the 10 spot in To'omua's absence, for his first Super Rugby start. 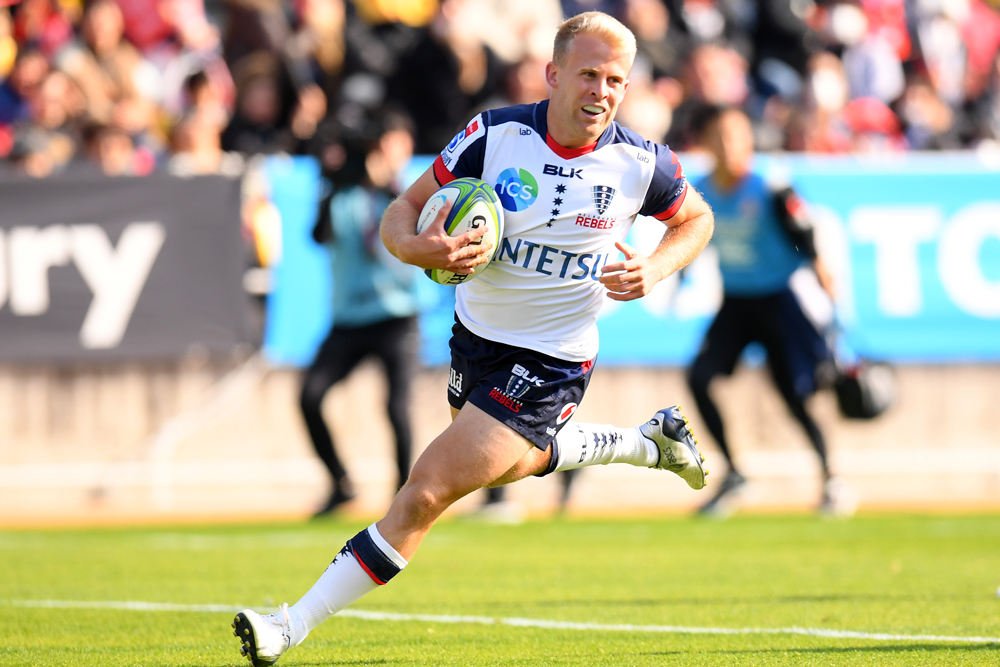 Wessels said he was confident that Deegan coudl fill To'omua's shoes as a like-for-like replacement in Ballarat.

"He's actually got the ability to play quite similar to Matt, he's got a very good kicking game, he likes to take on the line in his running game," he said.

"He is quite an experienced player, he's played quite top level rugby for a long period of time.

"That's probably one of the reasons why we recruited him is i think we've got two very similar 10s and we think we can build a game plan around guys who play a similar way and it doesn't impact the team too much when you have to make changes as we have had to do this week."

Hooker Steve Misa will also start, with Anaru Rangi coming off the bench after an injury-hampered start to the week.

Rangi was forced off the field against the Waratahs with a cut to his calf and with some uncertainty about his prognosis early in the week, Wessels said they decided to start Misa instead.

Injured rake Jordan Uelese is also back training with the team and could be in line for a return to action in the next fortnight.

The Sharks will bring with them a formidable attack, with some electric outside backs including Springboks flyer Makazole Mapimpi lighting up Super Rugby this year.

Wessels said the Rebels would have to limit their opportunities and work to ensure their own powerful backs fired on Saturday.

"We're fortunate in that we have some firepower in those areas as well, you know  guys like Marika (Koroibete), Dane (Haylett-Petty) and that sort of thing," he said.

"We need to figure out how we isolate those guys and we force them to do some of the things maybe in the game that they don't really want to do.

"If you allow them to get their tails up and do the things they do want to do, they enjoy that. Our job is to try and make that difficult for them."

Rebels to face the Sharks