Brumbies lock Cadeyrn Neville says they’ll keep on rolling with their maul as long as it keeps resulting in tries.

The Brumbies scored three tries off their trademark rolling maul last weekend and the discussion over its place in the game has been hotly debated in the wake of that.

Already this year the frequency of rolling maul tries is up, with 15 in the first three rounds, including nine in round three.

The round average of five tries from driving mauls so far is well up on last year's three per match.

Some of the criticism surrounds simply the look of the maul - a pack of players driving over the line paling in comparison to an acrobatic put-down in the corner.

Other elements of that criticism focus on the increasingly inconsistent officiating of the maul and the advantages that tend to lie very much with the attacking team.

It’s not just the Brumbies who have come under the spotlight in this discussion - the Jaguares also used their maul to great effect against the Reds. 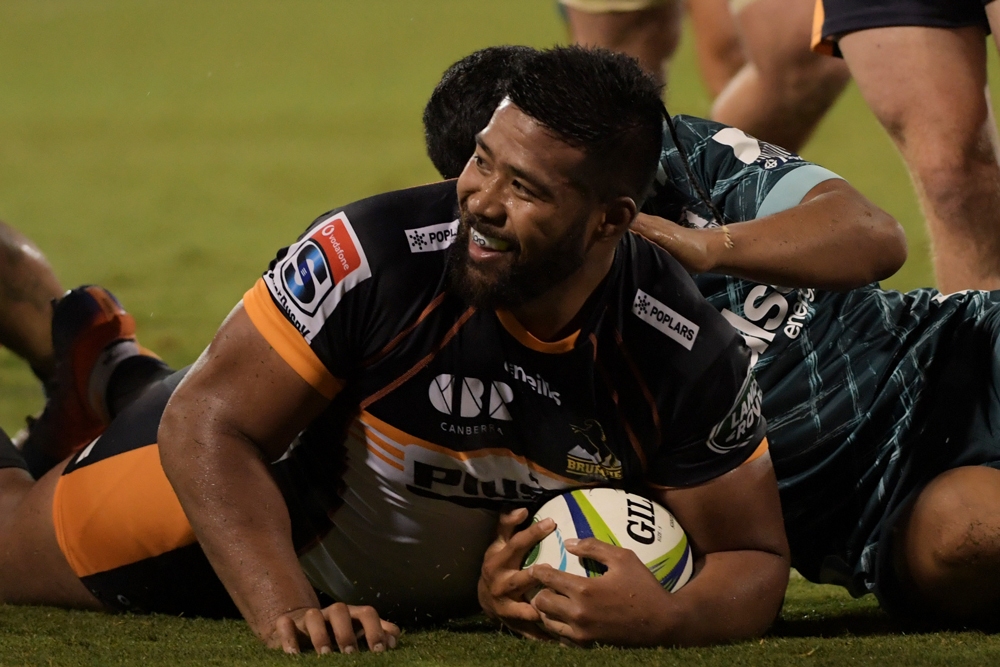 Second rower Neville said he was wasn’t concerned with criticism of the tactic, which has certainly helped them tick the scoreboard over.

“It doesn't feel unattractive when the referee's putting his hand up and blowing his whistle for five points and the crowd's cheering,” he said.

“Especially as forwards, it's a beautiful sight for us, it's the same as a pushover from a scrum or anything like that.

“There's a lot of aspects to this game and as a forward we're enjoying that.”

This isn’t the first time the Brumbies have copped criticism for their reliance on the move - it’s a discussion that rears its head almost annually.

And, though Neville is a new face in Canberra, their stance on external opinions has not changed.

“There's a lot of opinions out there, isn't there”,” he said.

“I mean, you talk to the old school coaches and they essentially want the same thing but from unstructured play so we're just doing it from a lineout.

“So, play to the rules, however we can score points, that's how we'll get them.

‘“Now there's social media, there's a lot more critics at your fingertips so it's a bit more important now just to pay attention to the voices within the group.”

Brumbies backrower Rob Valetini said the success of the maul gave the team a huge dose of confidence in games.

“Even though we're busted and stuff, we know if we put in hard work for a minute or so and get over that line, Folau scores a try so the boys really get up for that,” he said.

The Brumbies will head to New Zealand this weekend to take on the undefeated Chiefs and they’re expecting to have the bulk of their squad available after illness depleted their numbers last week.

The Brumbies take on the Chiefs at FMG Stadium, Waikato, on Saturday February 22, kicking off at 7:05pm local, 5:05pm AEDT, LIVE on Foxtel, Kayo and via RUGBY.com.au RADIO.