UPDATE: Brumbies coach Dan McKellar has backed his side's call to run down the clock despite conceding the match-winning try in a 23-22 defeat to the Highlanders.

A Folau Fainga'a hat-trick looked to have sealed the game for the Brumbies, who held a six-point lead in the final 13 minutes,but they were taught a lesson in game management in the final 10.

In a marathon effort that took the match well past the 80-minute mark, the Highlanders had three consecutive penalties that gave them the chance to steal the win.

Attempting to keep the ball in hand and run down the clock rather than look to clear, the Brumbies turned the ball over and a Highlanders penalty opened the door for the win.

A breakdown penalty with 13 seconds to go gave the Kiwis a sniff and they immediately went for the corner.

Though they couldn't reap the rewards from the first attempt, they were given a second chance from another penalty in the 82nd minute.

It looked as though the game was over after an off-target kick in attack but the Highlanders were playing advantage and instead, Murray Douglas was yellow-carded and the Kiwis had another chance to snatch it. 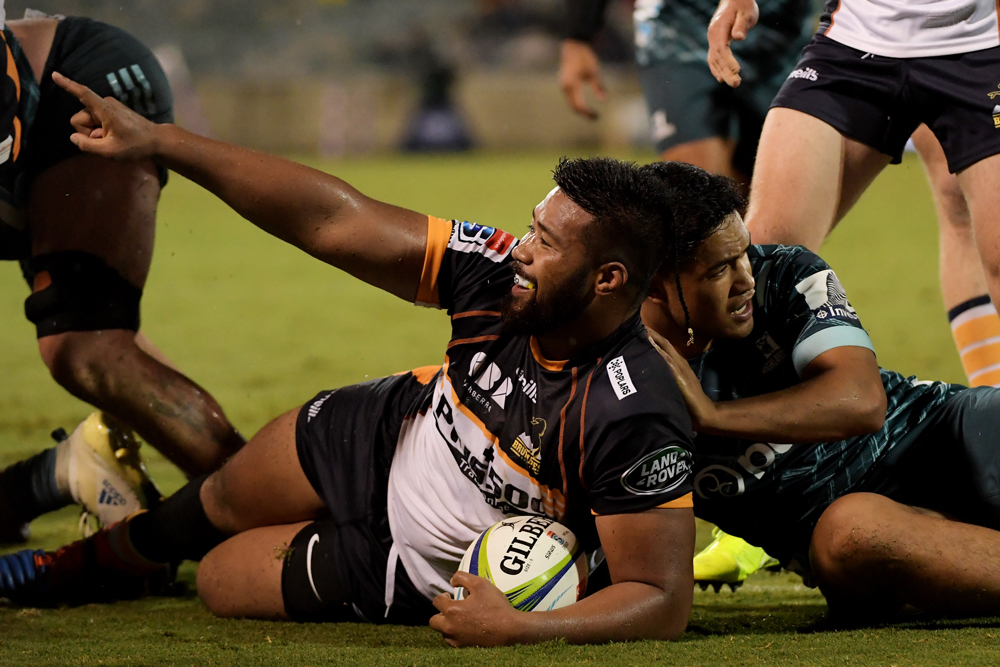 It was third time lucky for the Kiwis with Teariki Ben-Nicholas crashing over in the 84th minute and Josh Ioane coolly slotting the conversion.

McKellar said he completely supported his team's decisions in the dying seconds.of the match and was proud of their efforts despite the final result.

"It was our call on field and we've practised that. I'll back their call.

"Very proud and shattered at he same time but that's the group, it's not about me.

"I thought we were probably one more carry there away from putting the ball into touch and it's a pretty famous six-point win.

"They were good - they managed to force a turnover there and back-to-back penalties with a yellow card ,good enough to squeeze out a result at the end there but just said to the group really proud of their effort."

The loss is the Brumbies' first of 2020 and their first loss in Canberra in 10 matches.

The Highlanders were happy to let the Brumbies make mistakes for them to pounce on on a damp night and that they did.

A try off a charged down Noah Lolesio kick was the most obvious of these but the Kiwis were able to simply hold onto the ball more than the hosts.

The Brumbies relied heavily on their faithful set piece, winning 16 of 16 lineouts, and Fainga’a's finishing gave them pay for their faith.

Rookie flyhalf Lolesio had the toughest game of his fledgling Super Rugby career against a polished halves combination of Aaron Smith and Mitch Hunt.

Lolesio was in unfamiliar territory after the late withdrawal of centre Irae Simone (illness) and youngster Len Ikitau wasn’t able to replicate Simone’s strong form against a bruising HIghlanders side.

Highlanders back Josh Ioane had the first opportunity for points with a penalty in the fourth minute. 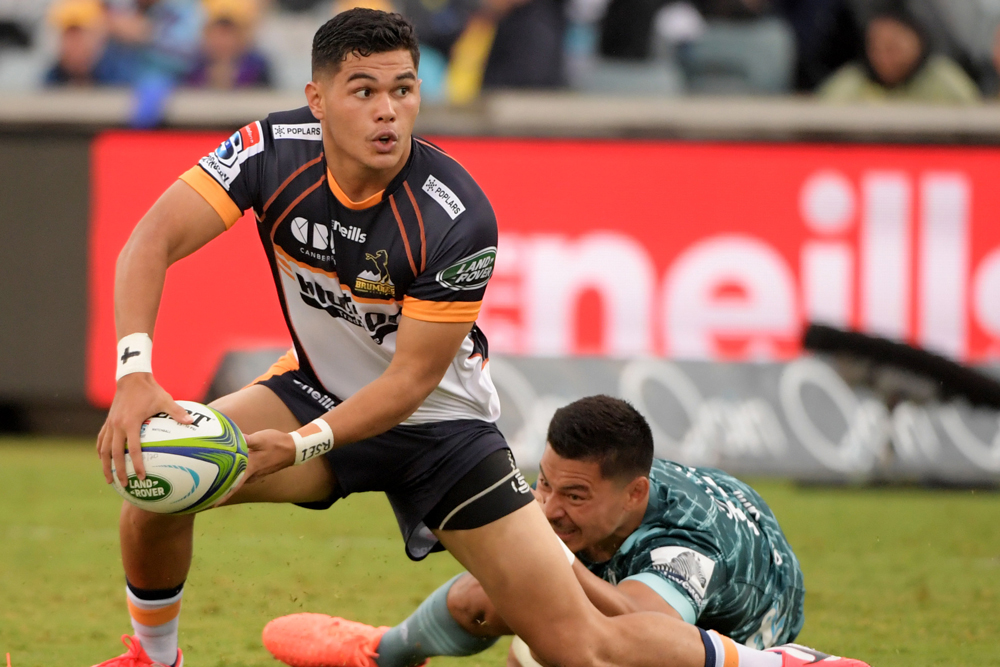 The Kiwis tried pressure on at set piece ime but it was through their set piece that Folau Fainga’a had the first score of the game off their faithful rolling maul.

Fainga’a made it a double just before the half hour mark, again through a rolling maul ans the Brumbies began to flex their muscle.

Lolesio had a moment to forget when Highlanders winger Jona Nareki charged down his clearing kick and  fell over the line to narrow the gap.

The Kiwis had no hesitation in taking a shot at the posts just before half-time with superboot Josh Ioane putting them in front just shy of the break.

It was the Highlanders who got on the board first in the second half, with Ioane booting another penalty.

A high tackle from Highlanders winger Sio Tomkinson on Brumbies fullback Tom Banks gave the hosts a one-man advantage midway through the second half but sparked some controversy in the public sphere.

❌ or ⚠️ ? Did Sio Tomkinson get away with one here? #SuperRugby #BRUvHIG


Tomkinson collected Banks high, appearing to make contact with his shoulder to the head but the TMO deemed there was no clear evidence of contact to Banks’ head.

On-field referee Nic Berry said he felt the contact was “shoulder to shoulder” and just a yellow card offence.

McKellar said he felt the infringement was a send-off offence but was quick to defend officials.

"I thought it was a red card but I don't want to sit here and whinge about referees or anything like that," he said.

"if you're asking me as a rugby fan I thought from what we've seen previously I thought it was in that red card threshold but I'm not going to sit here and whinge about the opposition, I've heard enough of that."

Highlanders coach Aaron Mauger was more circumspect about the call.

The Brumbies couldn’t yield any points from their 10-minute advantage and Ioane’s second-half penalty remained the main difference between the sides as the half ticked down.

Scores looked increasingly difficult to come by as the rain began to fall but Fainga’a managed to nab his third in the 67th minute to steal back the lead.

A Ryan Lonergan penalty stretched the lead to six points and put the pressure all on the Highlanders in the final minutes.

Halfback Ryan Lonergan impressed coming on for Joe Powell and showed composure with the boot, slotting two-from-two in pelting rain.

With 90 seconds to go, the Brumbies simply needed to hold possession to seal the win but ill-discipline unwound them.

The Brumbies head to New Zealand to face the undefeated Chiefs next weekend while the Highlanders play the Crusaders.