The Brumbies have opened their Super W campaign in strong fashion with a 29-10 win over RugbyWA.

After finishing third behind the Waratahs and Reds women in the inaugural Super W season in 2019, the Brumbies were intent on making a statement to the rest of the competition that they are a force to be reckoned with in season 2020.

Thrre tries to the Brumbies in the first 20 minutes set up a buffer for the home side that the visitors could never really claw back.

RugbyWA had a mini revival in the second half, but were unable to close in on the hosts on a rainy day in Canberra.

Brumbies co-captain Michaela Leonard said it was a positive start but a round one win was only the beginning for her side.

"Good to get the confidence up after that first win, there's always things to improve on so hopefully we can pool all that together and come out even stronger next week."

The Brumbies forwards dominated throughout the match, with their scrum proving instrumental in gaining the upper hand on their WA counterparts.

"We did a good job tonight of sticking tight, sticking together and staying low and just driving all the way through."

While the tries came thick and fast for the Brumbies early, they had to wait almost 50 minutes for their fourth of the match through speedster Darcy Read.

Leonard praised Rugby WA's defensive effort and acknowledged her side had to work on maintaining their composure.

"WA is always strong, we know they're tough credit to them, their defence is strong, their line speed is good, and they had girls willing to put their body on the line. For us leading into next week, it's just got to be in those moments composing, coming back to our structures maybe taking a back footstep and trying not to get flustered."

Rugby WA captain Trileen Pomare said turnovers hurt her side on a wet night and the Brumbies' ascendancy in the pack was a hard challenge to surmount.

"We couldn't hold the ball out there, the Brumbies gave it to us and stuck it out for the full 80," she said. 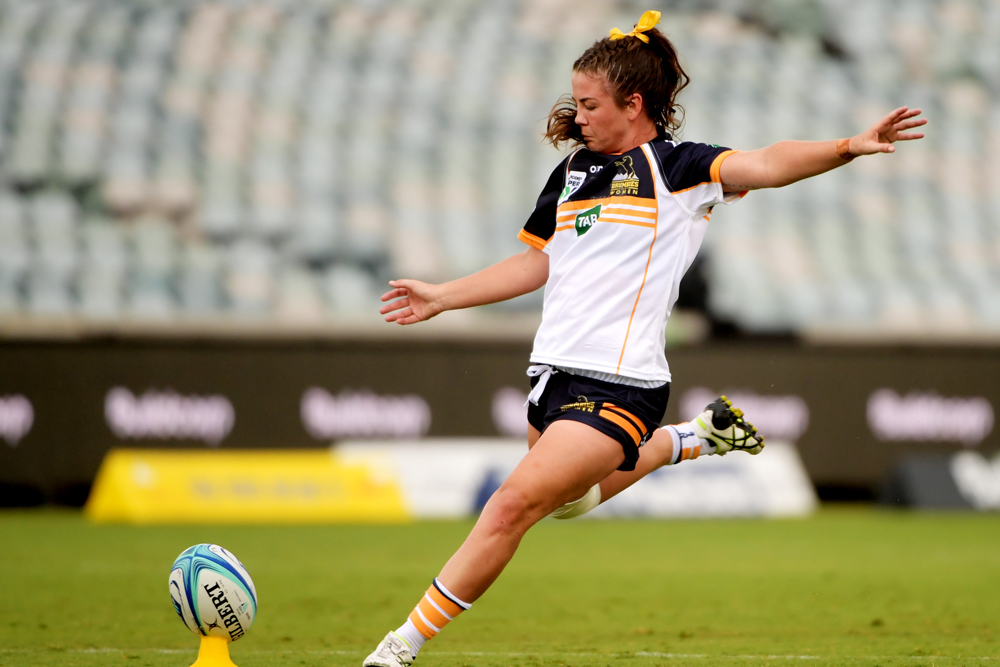 "They rolled us in the forwards a bit, they were dominant in the scrums, they kind of got a roll-on and our confidence went down and it was hard to come back. Moving forward this week that's something we will have to work on."

Pomare said her team would develop from the defeat, with six players having their first taste of Super W action on Saturday afternoon.

"Our squad's changed massively (from last year)," she said.

"We had lots of 17-year-olds out there tonight, so we're developing and building from WA, that's where we are at at the moment. It was good for those girls to get a taste to see what the competition is like around Australia."

One of those teenagers - halfback Ayisha Wigley - earned some big praise from Pomare post-match.

"We had one of our 17-year-olds starting at nine, that's a big position and a big role to take on, she did well," she said.

The more games they play, the more exposure they get, the more their confidence will build."

Rugby WA spoke pregame about inflicting revenge on the Brumbies following their defeat to the Canberra-based team in the semis last year. It was the hosts, however, who shot out of the blocks and opened the scoring after just two minutes with an impressive build-up of phases leading to prop Krystal Fyfe powering her way over the line.

Rebecca Smyth, who was close to the best on ground extended the Brumbies lead only six minutes later showing excellent knowledge of the law book to stretch out for a five-pointer. 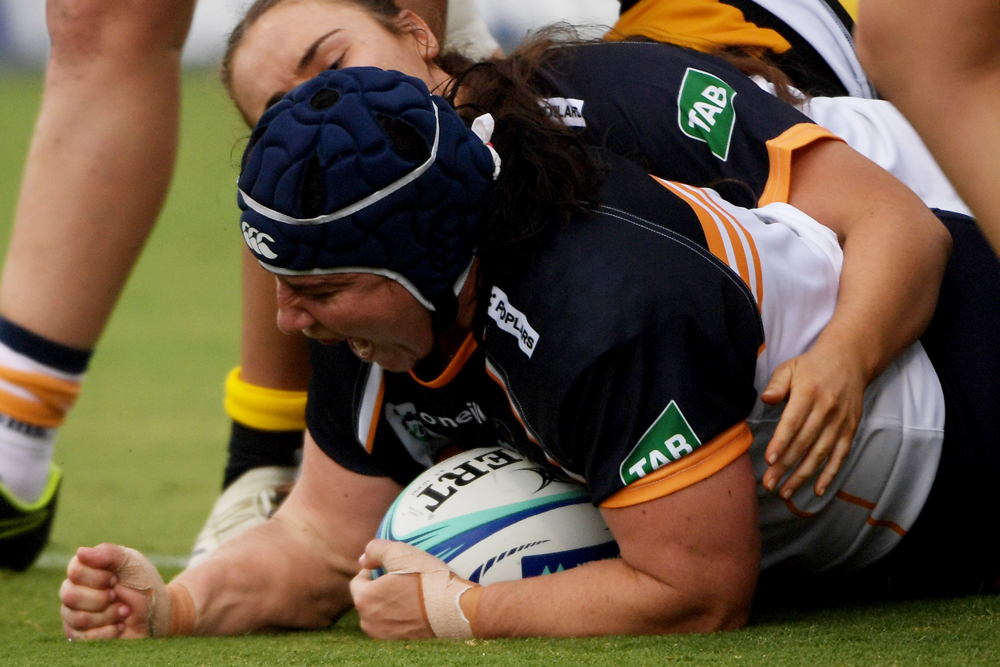 Just when it appeared like it could be a very long afternoon for the women from Perth, they strung together a brilliant backline move which culminated in Wallaroo centre Arain Hira Herangi crashing over.

The Brumbies attempted to hit back via their rolling maul, and WA second rower Rebecca Clough was yellow carded for collapsing.

Declining the points in favour of looking for a five-pointer paid off for the Brumbies when prop Louise Burrows crashed over to extend their lead.

As the rain tumbled down both sides shored up defensively with the second quarter of the game dominated by some big carries and bone-rattling tackles.

The first points of the second half came via the boot of Brumbies back Sammie Wood, who was superb all afternoon, knocking over three points to extend the Brumbies lead to 19.

After being held up over the line earlier, RugbyWA finally crashed over for their second try of the game courtesy of Darryl Wickliffe in the 52nd minute to provide faint hopes of a comeback.

With 10 minutes till full-time Darcy Read latched onto a cutout pass from Ryan to put the game to bed and ensure the Brumbies start their season on a high.