A ripple of shock went through Aussie - and world - sevens last week when gold medal-winning star Ellia Green posted a picture of herself from a hospital bed, complete with a cryptic caption.

The image was straight forward enough: Green on a bed with her right ankle swathed in bandages, clearly after having undergone surgery.

The caption? "Definitely not ideal but not Impossible either, challenge accepted."

Definitely not ideal but not Impossible either, challenge accepted


Green was inundated with well-wishes from teammates and World Series stars alike, with Carlin Isles replying: "Better be speedy! The Olympics needs you."

So what's the story? Is Green, gasp, in danger of missing the Olympics?

The ankle surgery was a general clean-up, and the expectation is while Green may miss tournaments in the next month or two as she rehabs, the 173 days before the start of the Aussie women's title defence begins at the Tokyo Olympics should be more than enough to see the star flyer back on her feet and scoring tries.

Speaking of legendary Australian wingers, one of the all-time greats was welcomed back in the fold last week in the shape of David Campese.

The first man to play 100 Tests for the Wallabies, Campese has signed on as a Rugby Australia ambassador and will be spreading the good word across all levels of the game, from coaching and promotional duties in community rugby, to pathway mentoring, to working with Classic Wallabies and the Australian Rugby Foundation.

Campese will also be a face of Australia's 2027 World Cup bid.

Campo was in Newcastle last week at the announcement of the Wallabies' Test against Argentina at McDonald Jones Stadium in September.

"We will be sitting down and planning what we are trying to achieve," Campese said.

"Obviously getting community rugby back together, that is our family on and off the field. And really just promoting what a great sport it is. We have got the Commonwealth Games, we have the Olympic Games, we have so many great opportunities for kids these days, girls and boys. It’s amazing from when I started."

SUPER W GEARS UP FOR KICK OFF 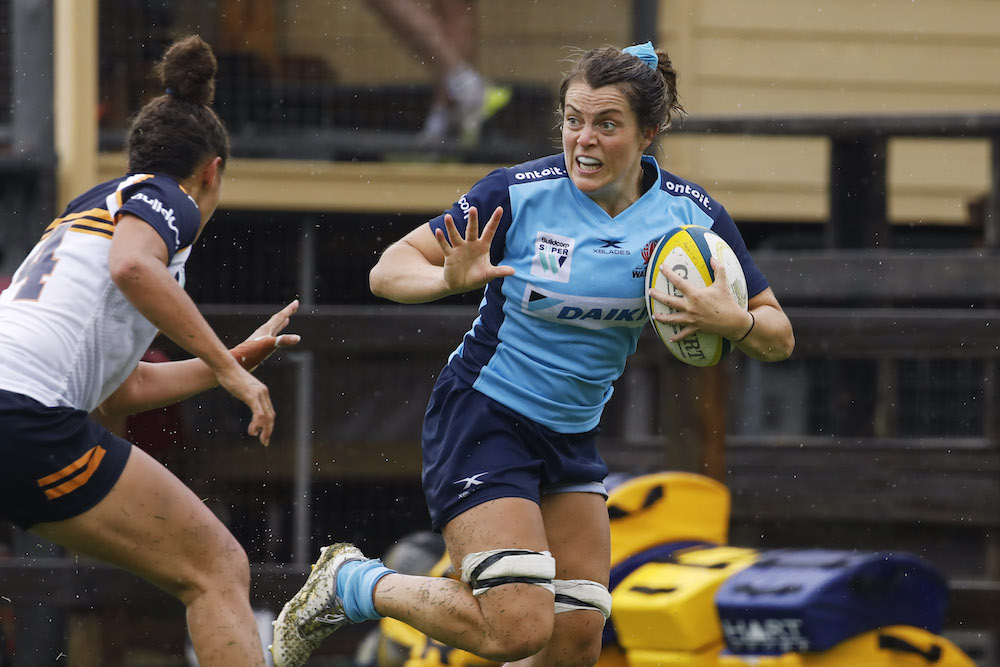 Super W teams are in their final preparation phase ahead of the first round of season three this weekend.

The competition will be launched at the Australian Museum in Canberra on Wednesday, before the action kicks off on Friday in Melbourne.

The Melbourne Rebels will host the Waratahs in a double-header, with the Super W clash at 4.35pm at AAMI Park and the Super Rugby clash following it at 7.15pm.

On Saturday, the Brumbies women will host Rugby WA women at GIO Stadium in Canberra, ahead of the Brumbies men taking on the HIghlanders.

The Brumbies and the two-time defending champion Waratahs tuned up with a trial at Camden on Saturday.

In torrential rain, the Waratahs posted a comfortable 27-0 win, with Eva Karpani and Shanice Parker both scoring doubles. 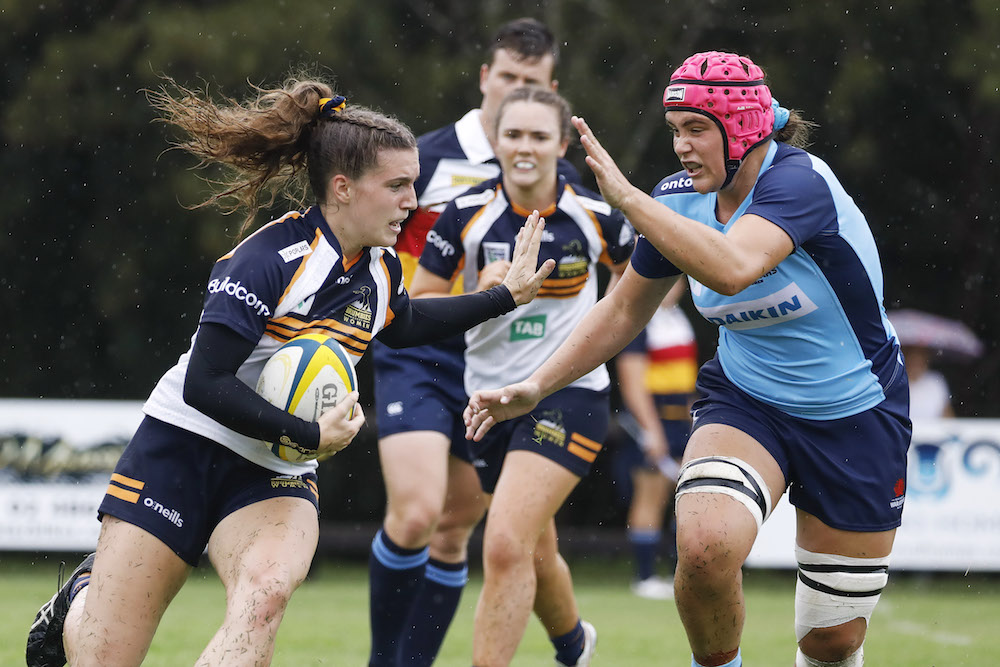 The Brumbies showed good fight in the wet but NSW's remarkable unbeaten run - which began at the start of 2018 - continued.

SUPER W ROUND ONE FIXTURES

This week's partnership between the Vintage Reds and the Royal Brisbane and Women's Hospital (RBWH) Foundation may seem an unlikely marriage.

But information uncovered recently with the discovery of donor plaques in the original hospital building at Herston show the Queensland Rugby Union was an early benefactor through charitable donations and gate takings. 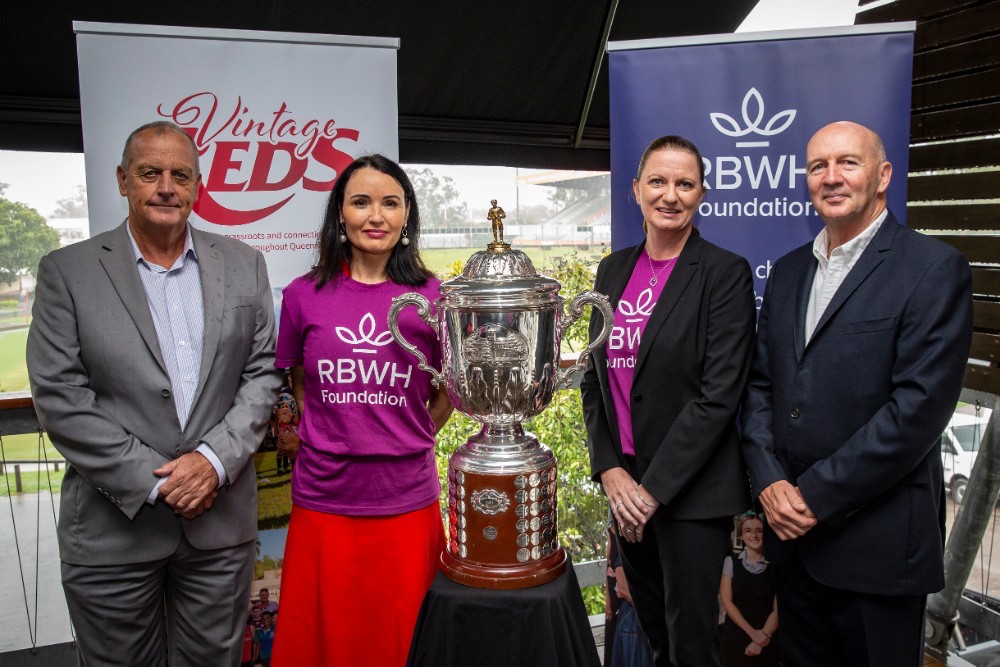 While they did not play a lone hand, Cliff Pollard, a former general surgeon, rugby enthusiast and research ambassador for the Jamieson Trauma Institute, who has extensively researched the links between the sport and the RBWH, said the QRU played a key hand in keeping the now-great institution solvent at the turn of the last century and into the early 1900s.

Before the hospitals act of 1923, the hospital was kept afloat by donations and subscriptions, which dried up significantly around the time of World War I, and the gate takings from hospital benefit matches were key to helping the institution stay afloat.

Many doctors and administrators at the turn of the century were also involved with rugby as players, officials, supporters and financial contributors, including the anonymous donor of the Hospital Cup, the prize played for in the Brisbane club competition and the longest-running perpetual rugby trophy in Australia.

Vintage Reds chief executive Bill Ross acknowledged the longstanding links between the sport and the hospital in announcing the partnership between his organisation - one that uses former Reds players to visit communities in support of local charities, fundraising and community events - and the RBWH Foundation.

“The Brisbane Club Competition has played for the Hospital Cup since 1899, the longest running perpetual rugby trophy in Australia," Ross said.

“The Vintage Reds Alumni includes many medical practitioners who have dedicated much of their career to the Royal Brisbane and Women’s Hospital.”

Reds rookie Hunter Paisami has been welcomed to life on the road with roomie Taniela Tupou mercilessly pranking him during the team's trip to South Africa this week.

Tupou was renowned for scaring Ruan Smith and capturing the prop's ever-shocked reaction on video for social media distribution.


With Smith now at the Melbourne Rebels, it seems Paisami has become Tupou's new bunny.

His reaction to being woken to stare into the face of Tupou, head covered in a towel with his eyelids turned inside out is classic, if understandable.

Meanwhile, the Smith twins are missing each other on tour, also posting scare videos to their separate Instagram stories, with another rookie prop, Dane Zander, becoming JP's target with his brother gone.

History was made at Redfern last week when the largest ever First Nations Level One Coaching Accreditation Course was held.

Run by Rugby Australia's manager of First Nations rugby, Jarred Hodges, the course saw 40 participants learn the fundamentals of rugby coaching and it is hoped the graduates will help spread the game in their communities.


"We hope from here to have our participants filter through into community and continue to provide greater access and opportunity for Aboriginal and Torres Strait Islander people, right around the country, to get involved in our great game," Hodges said.

"We also in this process use this as a vehicle in building our own ambassadors, and I guess that message around self-determination.

"So the potential to have 40 First Nations coaches come into our First Nations communities is only going to assist us in growing this game nationally, and I think that ripple effect is going to be felt for many generations to come."