The Australian men’s and women’s sevens teams are both keen to get a tournament win on the board ahead of the Tokyo Olympics in July - and they hope soaring temperatures in Sydney’s west this weekend may help them break a shared two-year drought.

In its fifth year, the Sydney Sevens has moved to Bankwest Stadium at Parramatta and the mercury is tipped to nudge 40 degrees at times across the two-day event.

But that forecast isn’t a concern for the two Aussie teams, for several reasons. The first is that given they train in the baking Australian summer, they believe the conditions can be an advantage. 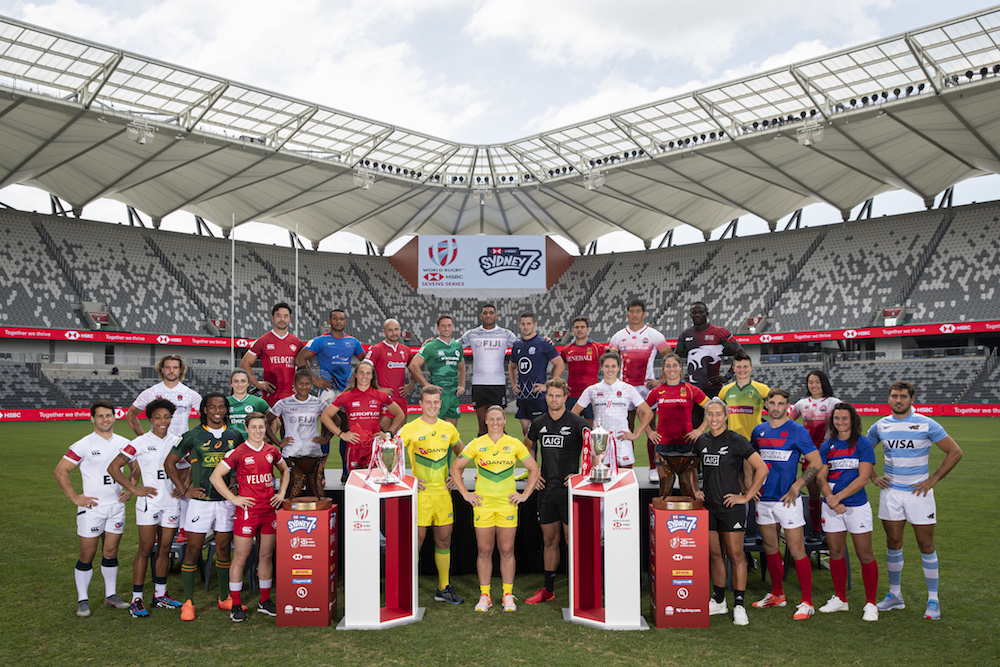 And the second is that first theory has, in fact, already been proven, with the memorable double tournament win by the Aussie men’s and women’s teams in January 2018 coming during a mini-heatwave, too.

Temperatures that weekend were 35 degrees-plus and Australia finished the strongest in both tournaments.

"The sunburnt country right? That’s what we live and breathe in Australia, and we perform our best when we play in the heat,” Australian women’s skipper Sharni Williams said.

"You can see some of the other countries, the European countries are really struggling.

"It gives you that extra one percent to know we have been through this. Tokyo is going to be extremely hot and it is a preparation for what the Olympics is going to be like. We are really looking forward to this weekend."

The heat was intense in Hamilton, New Zealand, last weekend, too, and the Aussie men’s team turned in their best performance of the season by finishing third. 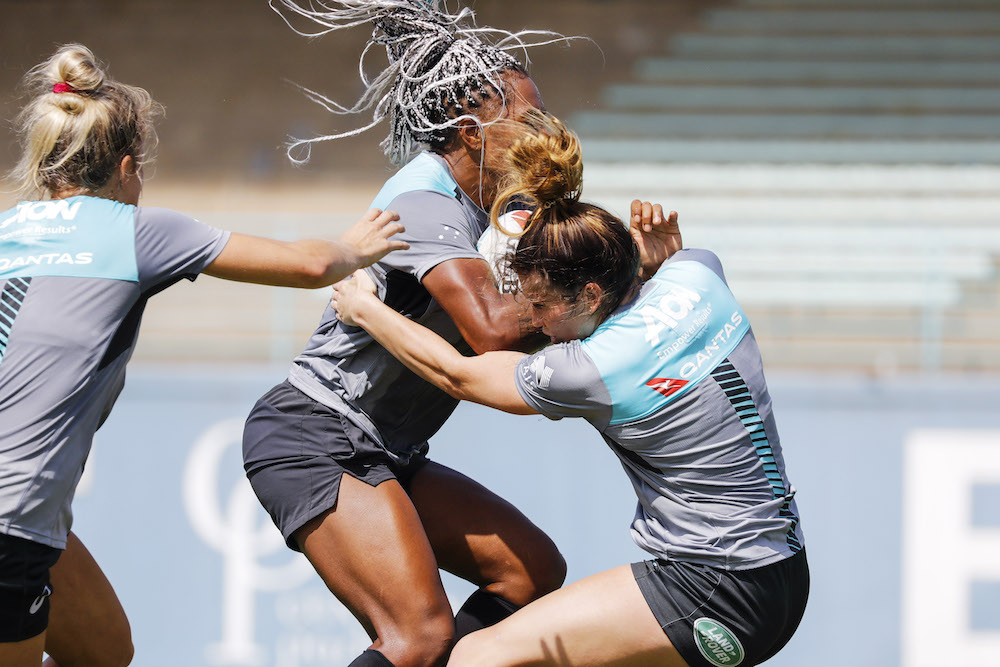 The Aussie sevens teams not only train in high temperatures during the summer, but they were doing heat room training at a UTS facility in the same building last winter as well.

"We are in the middle of summer now and have been training in it for the last couple of months, and our northern hemisphere counter-parts are coming from the middle of the winter,” Aussie men’s captain Nick Malouf said.

"So fingers crossed it will be an advantage for us, and looking forward, the Olympics are going to be played in similar conditions. So it is a good little warm-up for that.”

The heat is one thing ahead of the Tokyo Olympics but if either side is going to bring home gold, so too is acclimatising to the psychology of actually winning tournaments.

The gold-sweep in 2018 was the last time either the Australian men’s or women’s sevens team won a World Series tournament and the mental strength gained by win or two before Tokyo would be of huge benefit. 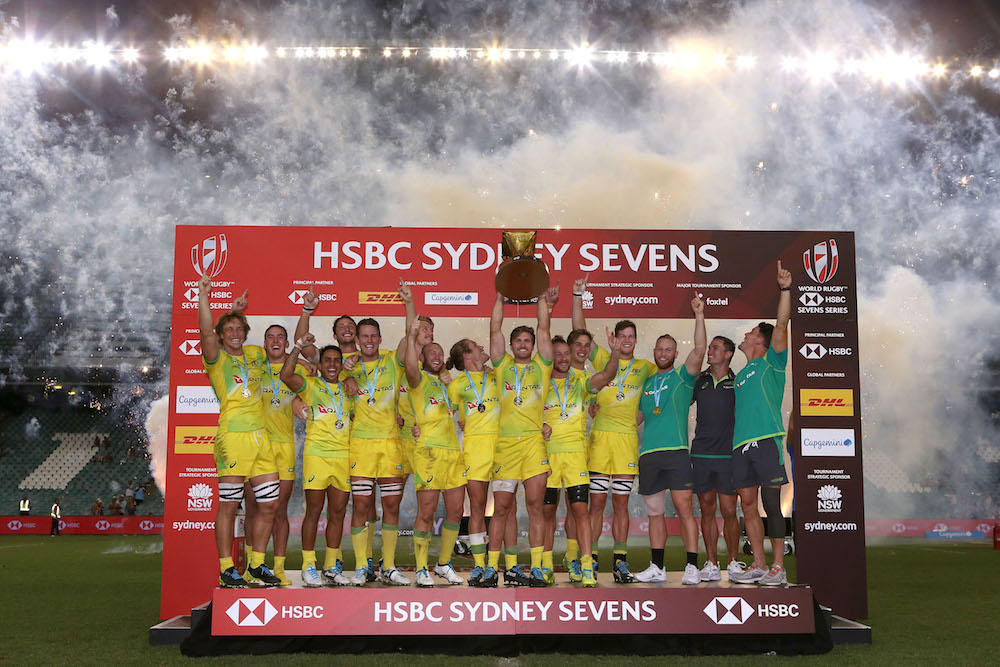 "That’s definitely important. If you look at the last Olympic cycle, the teams that were at the top of the world series when it finished were the teams that medalled,” Malouf said.

"So it is definitely important for us to start winning and start building that momentum towards Tokyo. We go into every tournament hoping to win and we will hopefully do that this weekend.”

Having won a gold medal in 2016, Williams has firsthand experience about the value of victory; Australia won three of the five legs in the 2015-16 season, and silver medallists New Zealand won none.

Men’s champions Fiji won three legs of that season, too.

"It is obviously important for you mentally to go through the process and and have a win under your belt,” Williams said.

"But you look at Kerri Pottharst and Natalie Cook. They won a gold medal at the Sydney Olympics and they hadn’t won a tournament.

"We are still capable of winning a gold medal. It is just about going through and making sure we tick off everything we need to do.”

With straight semi-finals again the format for Sydney Sevens, teams have to win their pools and Australia received good news out of the pool draws on Wednesday.

The women's main rival will be France and the men will have to down the USA, who have been out of sorts this season after finishing second overall in 2018-19.

Here are the confirmed men's and women's pools for the #Sydney7s this weekend @BankwestStadium.

For the full match schedule head to https://t.co/VbrtfsweHT


In Hamilton last week, the Aussie women beat the USA to secure a semi-final berth but fell away on the second day, losing to Canada and France.

Coach John Manenti fielded a young team for the bronze medal game, however, and rested the likes of Williams and Quirk knowing he had the back-to-back challenge of Sydney around the corner. 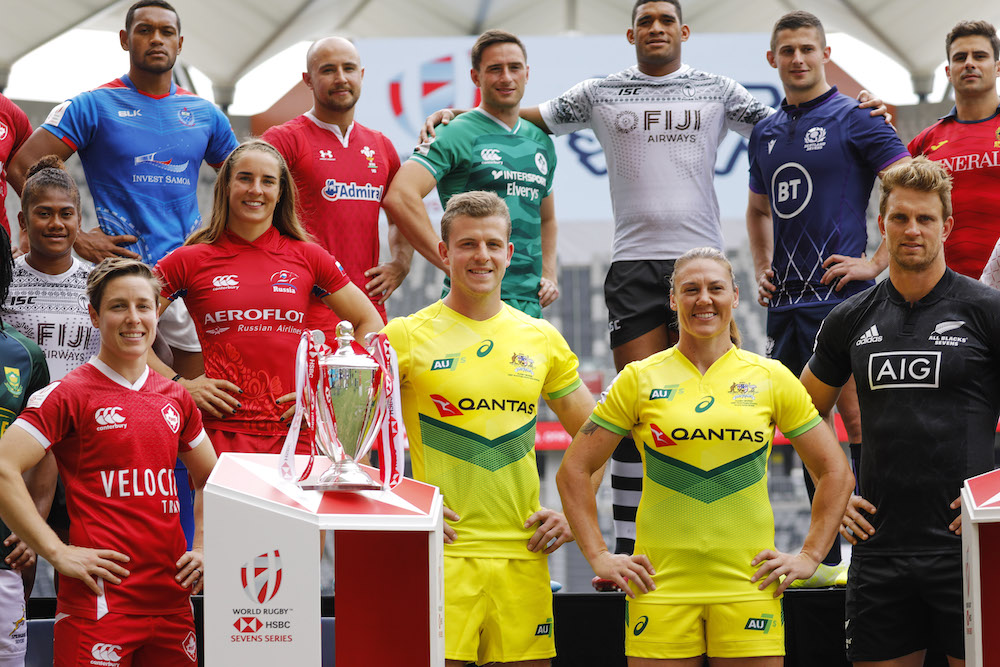 The Aussie team has also been boosted by the return Charlotte Caslick for Sydney, and Emilee Cherry cleared of an eye injury.

Both will be crucial to the Rio champions re-discovering their flat attack potency.

"At this stage of the season we probably wanted to be tracking a bit better than we are, but it is still a long season and we have to had to handle the back-to-back tournaments,” William said.

Malouf said the Aussie men’s team were happy with picking up a bronze medal but needed to get better at closing out matches, after losing tight games to Fiji and New Zealand.

"It was a really pleasing performance, our best of the season to date. The big thing for us that we are focussing on is another consistent performance this week and that will stand us in good stead for the remainder of the world series and onward to Tokyo,” Malouf said. 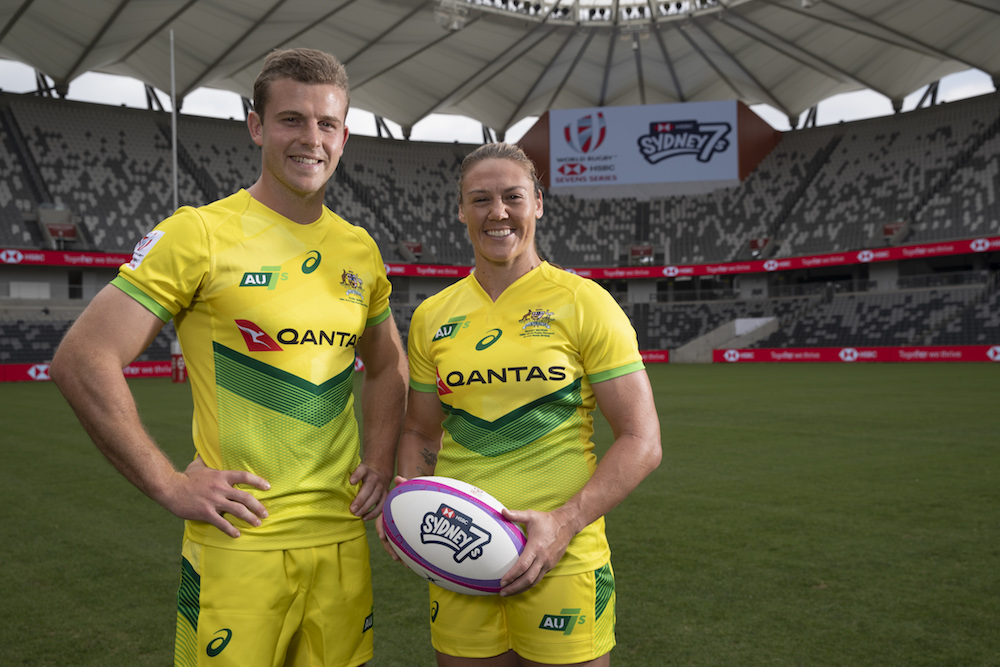 "I think it is just a few key moments in those games. If you look back at the Fiji and New Zealand games, there are one or two moments we get beaten in certain areas which we just need to eliminate from our game.

"We have been working really hard on our defence so that has improved a lot and we have some unbelievable attacking players like Maurice (Longbottom) and that.

"So just a few key moments where we can maintain our discipline and composure and close out those tight games."