The 2020 Six Nations is nearly here and it will be a big opening round of international rugby.

Wales and Italy open the weekend, on Sunday morning AEDT, before Ireland and Scotland battle it out in Dublin.

A huge France-England blockbuster will round out the opening weekend, on Monday morning.

1:15am - Wales vs Italy, Millennium Stadium, LIVE on beIn Sport

3:45am - Ireland vs Scotland, Aviva Stadium, LIVE on beIn Sport 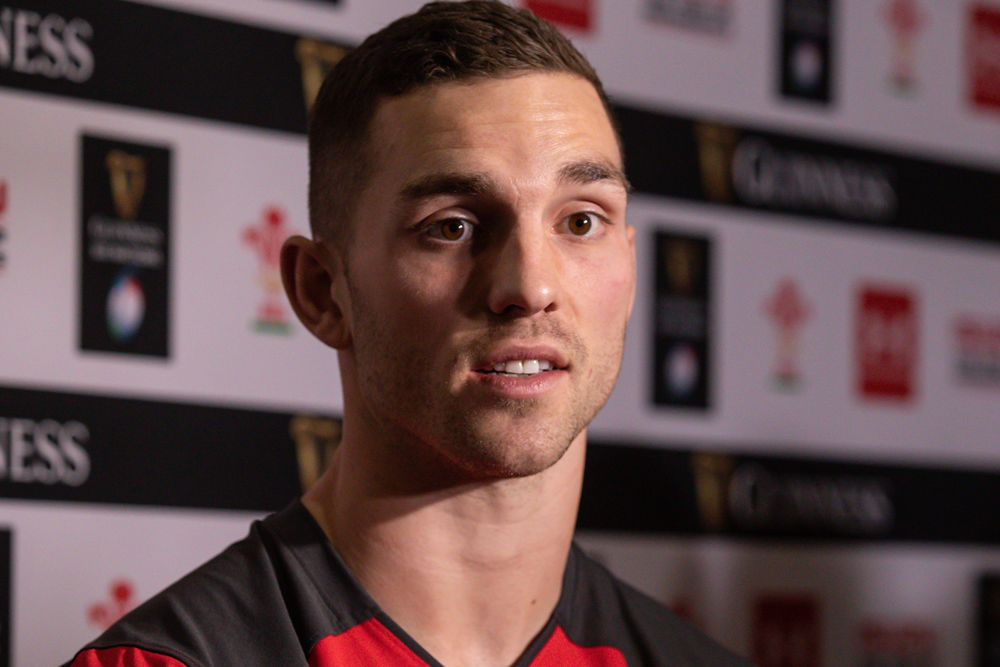 George North has been moved to centre for Wales' Six Nations opener at home to Italy on Saturday.

Best known as a powerhouse wing, North slots into midfield to replace injured centre Jonathan Davies for what will be new coach Wayne Pivac's first full international in charge.

North will be winning his 92nd Wales cap this weekend but making only his fifth start at centre.

"George has had a number of games in the midfield for Wales, and more recently for the Ospreys, and he has been running there in training," said Pivac.

The coach has also given a Test debut to Scarlets wing Johnny McNicholl.

New Zealand-born McNicholl, 29, qualifies on residency and scored a try during the non-cap game victory over the Barbarians in November -- Pivac's first fixture of any kind as Wales coach.

Fit-again No 8 Taulupe Faletau returns for the reigning Grand Slam champions after missing the run to the semi-finals of last year's World Cup with a collarbone injury.

Saracens centre Nick Tompkins, qualifies through his Wrexham-born grandmother, could make his debut off the bench after being included among the replacements.

Italy too have a new coach in caretaker boss Franco Smith.

The South African has recalled Leonardo Sarto for the wing's first Test since 2017.

Matteo Minozzi returns at fullback having missed last year's Six Nations after being nominated for player of the tournament in 2018 following several impressive displays.

Former captain Sergio Parisse was not in the squad, with hooker Luca Bigi having previously been confirmed as Italy's new skipper. 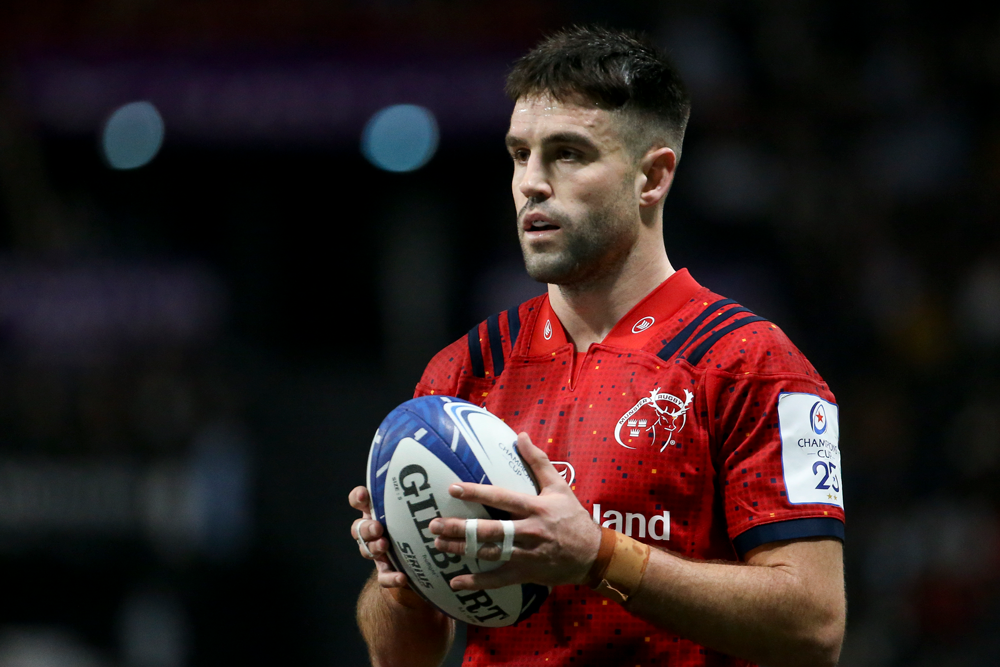 Ireland scrumhalf Conor Murray was Tuesday selected ahead of John Cooney for the Six Nations opener against Scotland, while Caelan Doris will make his international debut.

The choice between the experience of Murray and the outstanding form of Cooney was the biggest call facing new head coach Andy Farrell, who named his side on Tuesday -- well ahead of this weekend's clash in Dublin.

Farrell has opted to show faith in 78-cap Munster player Murray, with the 29-year-old Cooney among the replacements, despite a series of fine displays for Ulster.

Uncapped Doris, a former Ireland Under-20s captain, has been rewarded with a start at No 8.

His Leinster teammate Ronan Kelleher, who has not played since fracturing a hand on December 7, is named among the replacements, with Rob Herring starting at hooker in place of retired former captain Rory Best.

New skipper Johnny Sexton will lead Ireland at Lansdowne Road on Saturday, starting at fly-half after overcoming a knee problem suffered in December.

Elsewhere behind the scrum, Jordan Larmour is included at fullback after recovering from a foot injury suffered during Leinster's European Champions Cup victory over Benetton. 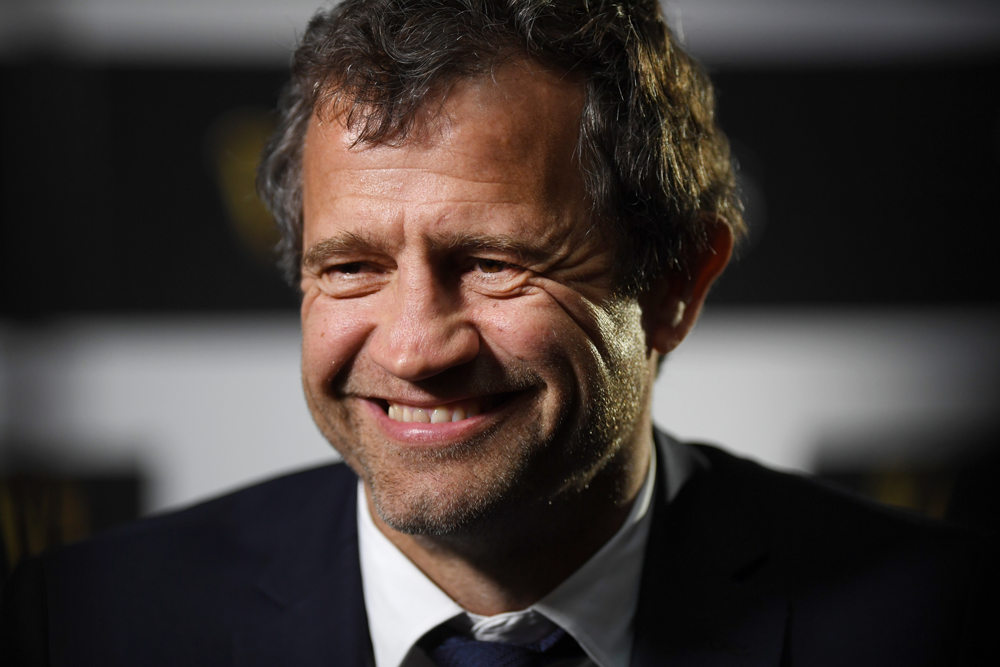 Former Les Bleus captain Galthie, who took over from Jacques Brunel after the tournament last year, kept faith with half-backs Romain Ntamack and Antoine Dupont as well as the centre pairing of Virimi Vakatawa and Gael Fickou.

"It was the partnership for the World Cup, and one can say during the World Cup, the 9-10 axis, as well as with the centres and the wingers were fully satisfactory," Galthie said.

"We need continuity as we build this team. We count on them to continue to work and develop the potential in our team," the 50-year-old added.

Loose-head prop Jefferson Poirot drops to the bench, one of three further survivors from the World Cup along with Baptiste Serin and Vincent Rattez.

Galthie handed Test debuts to tight-head prop Mohamed Haouas and full-back Anthony Bouthier who replace the experienced Rabah Slimani and Maxime Medard, neither of whom were considered for selection.

Winger Anthony Watson will miss England's opening match in the Six Nations against France this weekend with a calf injury, England Rugby announced on Thursday.

Watson, 25, who featured in all of his side's games at last year's World Cup where they lost to South Africa in the final, suffered the problem before joining up with the international set-up.

Coach Eddie Jones is expected to name either Ollie Thorley or George Furbank, who are both uncapped, on the wing for the trip to Paris on Sunday.

The reigning Premiership and European Cup champions will be relegated from the English top-flight at the end of the season for salary cap infringements.

Hooker Luke Cowan-Dickie will re-join Jones' set-up after leaving the squad for family reasons earlier in the week.

Eddie Jones has promised "absolute brutality" from England as he handed in-form Northampton full-back George Furbank his debut against France in the Six Nations in Paris on Sunday.

Owen Farrell was named at inside centre and will captain the side with 675 caps in the starting XV.

"We have really worried about ourselves, getting ourselves right," Jones said in the French capital on Friday.

"We have picked a strong forward pack which is part of the England way and an exciting backline with young George Furbank playing his first Test at fullback."

Manu Tuilagi partners Farrell in midfield, with George Ford and Ben Youngs linking up at half-back.

Long-range goal-kicker Elliot Daly and Jonny May are on the wings, with Anthony Watson a late unavailability due to injury.

Tom Curry, one of the stand-outs of the Rugby World Cup who played openside in all of England's Six Nations matches last season, is selected at No 8.

The 21-year-old will pack down alongside flankers Sam Underhill, chosen at openside, and Courtney Lawes.

"It has been a massively exciting week for us, said Jones, who led England to the final of last season's Rugby World Cup in Japan, where they lost to South Africa 32-12 in the final.

Today at 11:53 AM International
Feature