Brumbies prop Scott Sio is refusing to use the rebuilding "excuse" this Super Rugby season as the club prepares to blood a young side against Queensland in round one.

Sio says he'll relish leading the baby Brumbies alongside prop partners Allan Alaalatoa and James Slipper as the most experienced trio in the new-look side.

Coach Dan McKellar didn't replace them with any big-name signings but Sio backed his men to open their campaign with a bang in Canberra on Friday.

"I don't like the tagline rebuilding because it gives you an excuse at the end of the season," Sio told AAP.

"Every team has to go through players leaving, experience moving on at some point and what that provides is an opportunity for players to step up and make a name for themselves.

"It's exciting because it's a bit of the unknown for us and I'm really looking forward to seeing how guys step up. 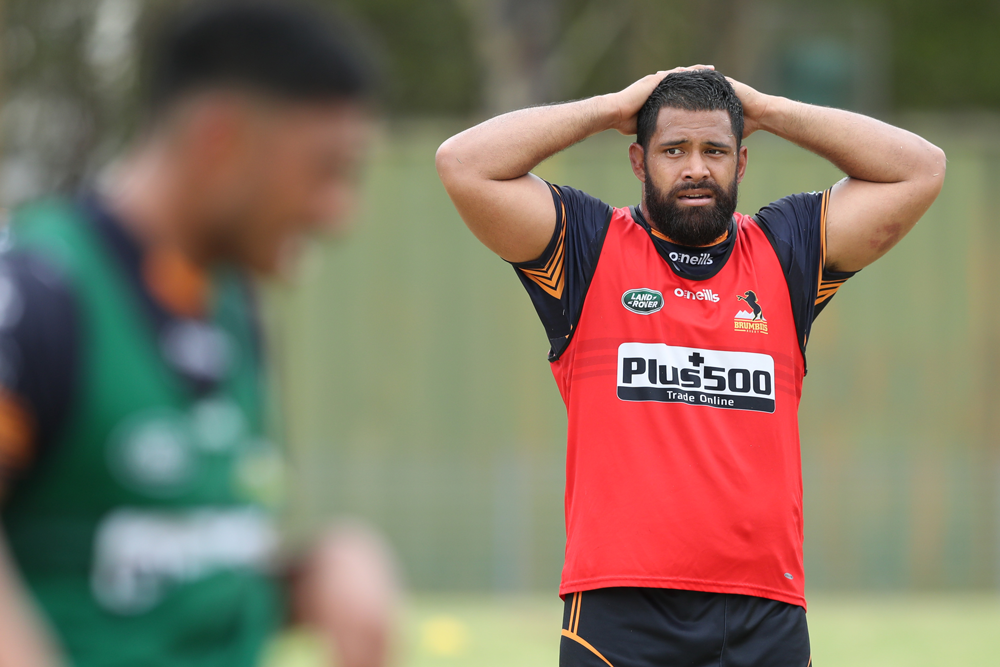 "You can't replace that experience but what you lose in experience you gain in youth and enthusiasm. It's unreal to see how hungry these young guys are to play Super Rugby."

Only centre Tevita Kuridrani has as much Super Rugby experience as Sio, Alaalatoa and Slipper, who will pack down with Folau Fainga'a to form an all-Wallabies front row.

A season-ending injury to Les Makin means Slipper will play on both sides of the scrum, which the Wallabies veteran has done before at international level.

"We're pretty confident in our tight five at the moment but it's all about getting it right on the weekend," Sio said.

"The best thing we can do as a forward pack is provide the young backs some good front-foot ball and good set-piece to play off."

Queensland star recruit Speight is expected to start on the wing and face his former club for the first time.

"It will be a bit weird seeing him in a maroon jersey," Sio said.

"But I'm sure the crowd will welcome him back to GIO Stadium as long as he doesn't score too many tries."

The Brumbies take on the Reds on Friday January 31 at 7:15pm AEDT, LIVE on FOX SPORTS, Kayo Sports and via RUGBY.com.au RADIO.

Remorse, reform and renewal: Why Red Liz Patu won't be defined by mistake