Luke Morahan jets in from England to train with Aussie sevens, may be shock selection for Sydney

The lure of a potential berth at the Tokyo Olympics has seen ex-Wallabies speedster Luke Morahan return from England to train with the Australian sevens team - and he could even pull on the boots for the Sydney Sevens.

Morahan was a surprise attendee at Australian training on Tuesday after a conversation last year with Aussie coach Tim Walsh opened the door for the former Reds, Force and Aussie Sevens flyer to take a shot at the Tokyo Olympics. 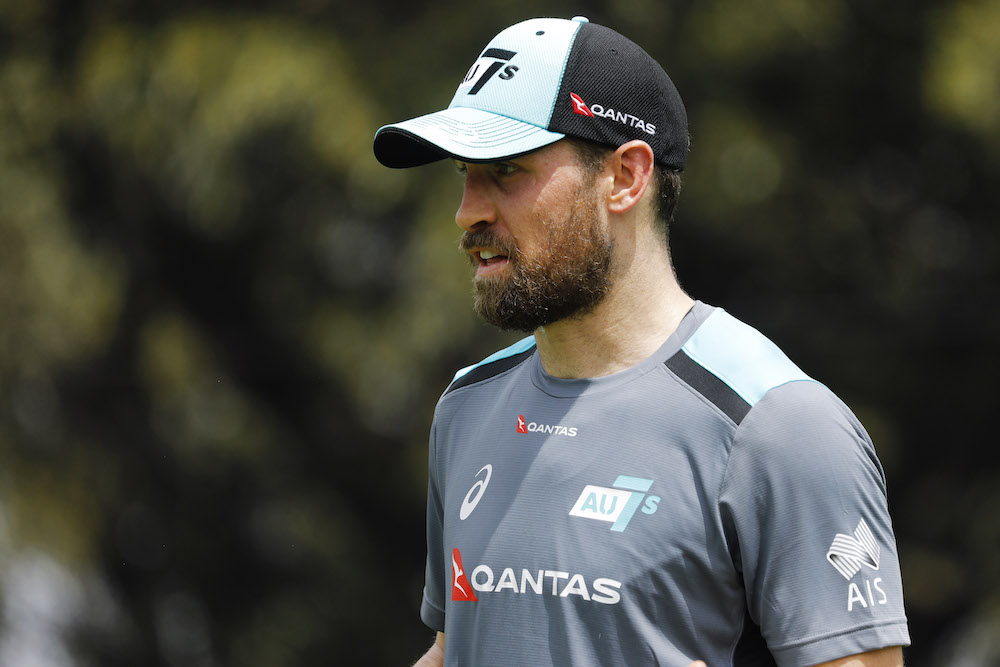 Morahan, who won silver with Australia in the 2010 Commonwealth Games and also came back for the 2013 Sevens World Cup, currently plays for Bristol in the English Premiership.

The 29-year-old, who played three Tests for the Wallabies, teed up with Walsh to use a two-week break in the competition - for the opening round Six Nations - to come back to Australia and train with the sevens squad.

Morahan described it as something of a trial training week, but if paperwork can be approved in time, the flyer is a strong chance to be thrown into the Australian squad for the Sydney Sevens.

"Walshy got in contact a little while ago to see if I still had interest in sevens,” Morahan explained on Tuesday.

"Obviously I did, you can probably tell by how many times I have come back that I enjoy it. He said: “we are looking to put a team together and if you’re interested come down and have a crack”.

"We had to discuss it with Bristol obviously being in the middle of the season, but we figured out this time was a good period with the Six Nations break to come down and have a crack at training with the boys, and see where it goes.


"I don’t know if I am playing this week as yet but it was more coming back and training and seeing if I gel with the group again, and seeing if it’s even worthwhile, even if it is worth going further this group.

"It was just an opportunity with this two-week break in the Premiership, come down, do a training week, and see how it goes, and then next week have a bit of a break before I go back.

"It’s early enough in the year to go “yeah, this will work or no this won’t work” and then we can go from there."

Morahan is still contracted to Bristol for another two seasons, so the sevens return is not a permanent return and nor a forerunner - at this stage - to a return to Super Rugby in the short-term.

It’s unknown if Morahan can play any other tournaments on the World Series but he said if picked in a squad by Walsh, he would be free to return to Australia for the two-month, pre-Olympic training camp.

"I have two years left there, so logistically, if it was all to pan out and I got picked in the squad and things like that, I would look at coming down here for an eight/nine-week training camp before that all kicked off in July/August,” Morahan said. 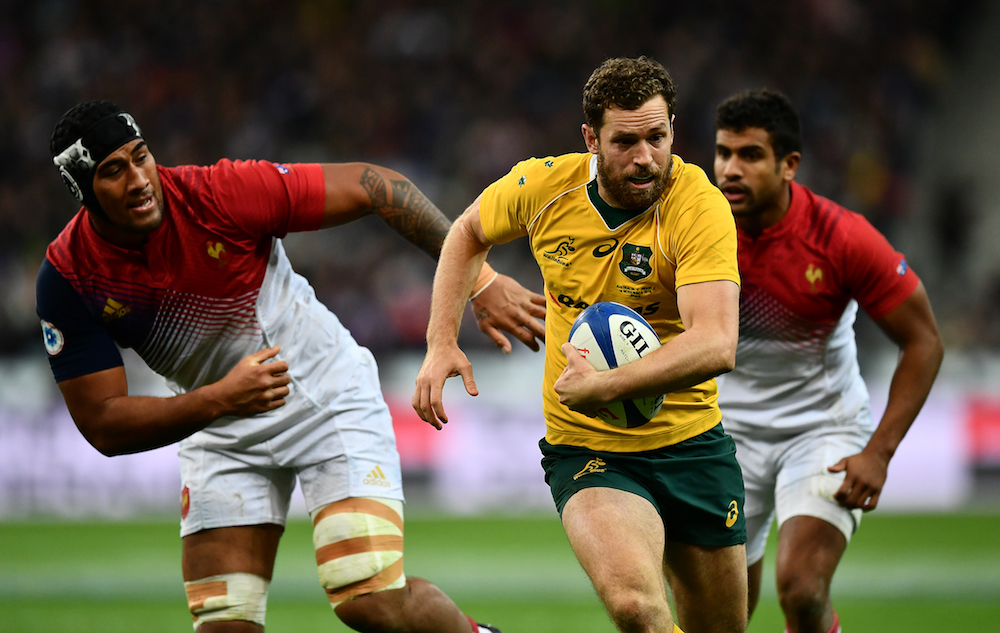 “There is a still long way to go but this is the first step really, to get in and train and run around and see if I still can crack it with the young kids.

"I have always really enjoyed my time with sevens. There are still guys here who I played with so that was a comfort level, knowing I would come back and have a familiarity level there.

"I had played some good tournaments in the Commonwealth Games and the World Cup, so I have a little taste with those one-off big events and I thought what bigger event than the Olympics?”

Walsh said Morahan is a class athlete with a desire to play for his country.

“We’ve been in talks with Luke Morahan for a while and he has talked with great passion about playing for Australia again, especially at the Olympic Games," he said in a release.

“Luke is a great athlete with a smart Rugby brain and is well sorted to the versatility of Sevens Rugby.

“We’re getting him back into the squad this week to give him an opportunity to put his hand up again for the gold jersey and see what he can contribute on and off the field.

Morahan has been with Bristol since the Western Force were removed from Super Rugby in 2017. 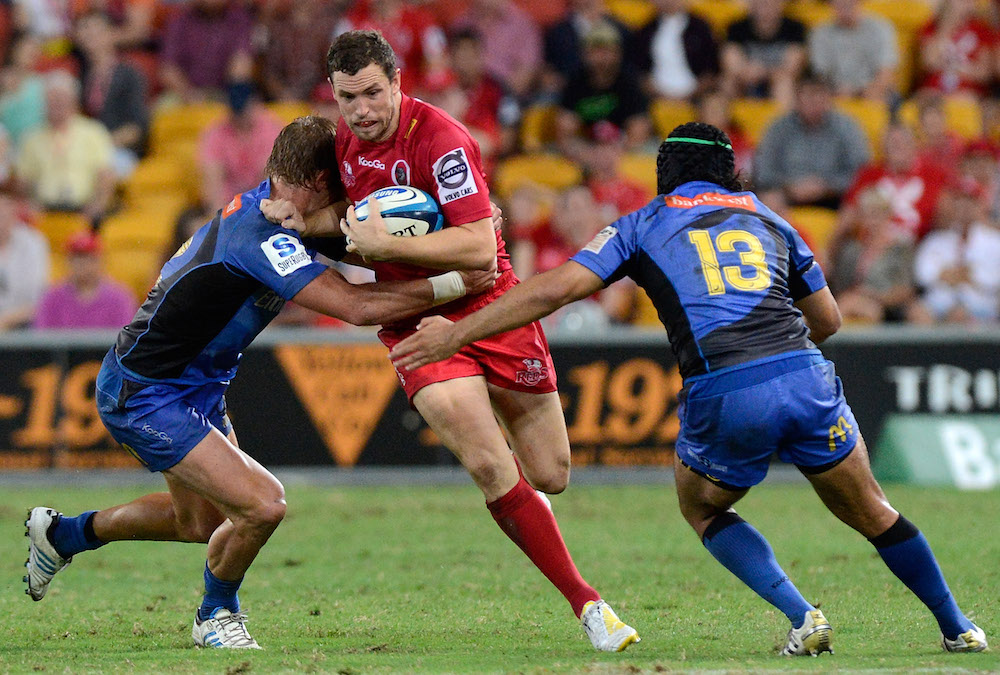 The Bears were promoted into the English Premiership in 2018, have proved to a highly aspirational club under coach Pat Lam, and this week added England prop Kyle Sinckler to an impressive roster for 2020-21 that also includes Semi Radradra, Charles Piutau and Steven Luatua.

"Every year I have been there, this is my third season now, every year we have built and are now looking really well, top six in the Premiership and top of the table in Europe as well, for the Challenge Cup,” Morahan said.

"The vision is unfolding the way Pat wants it to. We have a good owner and a good coaching staff, with a strong vision and we are all buying into that and it is unfolding nicely.”

Is he expecting his future Radradra to also give the Olympics a shot?

"I would be advising him not to, I think - Don’t worry mate, you have done that,” Morahan laughed.

"I will be on the phone to Bordeuax saying: 'no, no keep him there'.

"I haven’t spoken to him as yet but getting the chance to play with a player like that in the future is definitely exciting, to have him on our side.”

Many feel Morahan was lost to Australian rugby in his prime, and the flying winger/fullback has turned on some sizzling highlights in England. 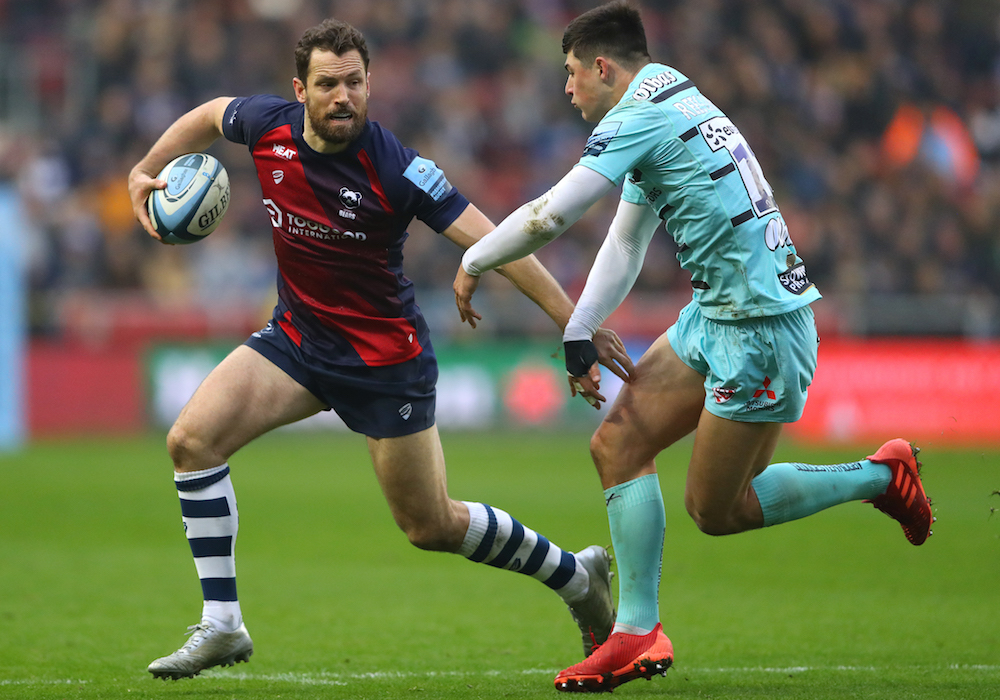 Morahan said he'd never shut the door on a return to Super Rugby.

"I have never cut any ties with anyone. I am enjoying Bristol at the moment but as you can see I still love playing for my country. It is something very few get to do, so when you get an opportunity you put your best foot forward," he said.

'But that’s all out of my hands, you just play your best rugby and see what develops from there. I do enjoy Super Rugby. I do enjoy Premiership rugby and European rugby. But at the moment my focus is winning trophies up at Bristol."

Morahan said he’d maintained the same top-end speed as his former Super Rugby days while in Bristol, and said the fitness levels achieved at the club would allow him to make a relatively straight-forward return to sevens.

"Talking to Walshy over the last few days, the testing we do in the pre-season physically and stuff, all the times correlate pretty well to what the sevens boys are doing,” he said.

"I am not saying I am coming in fit, but if it was to all work out, and having that nine-week period I know I could get fit again and get back on track with the sevens mindset.”

Most sevens squads weren’t full time when Morahan last played the format but he said the evolution of the game had made it potentially easier for his return from 15s.

"You look at guys now, a lot of the teams are full-time now, they’re physically much stronger and bigger and quicker,” Morahan said.

"It changed quite a bit but it goes again with what the 15s do, in that physicality. That shouldn’t be too much of an issue.”