Emilee Cherry is expected to be fit to feature in this weekend's Sydney 7s despite an injury scare in Hamilton, along with two of her gold medal teammates.

Cherry was pulled out of the latter part of the tournament with hip and back issues but Aussie Sevens coach John Manenti said the injuries were not as worrisome as they first appeared.

"Emilee was sore at the end of Sunday and we didn't want to risk any further injury to her but she has pulled up better than we initially expected," Manenti said.

Hamilton was Cherry's first tournament for more than 18 months after injury battles and the birth of her first child last June, and  she made an instant impact in her return.

The @Aussie7s women were down early on against Brazil but @emilee_cherry was quick to respond as they ended up with a 24-14 victory. #Hamilton7s

"She was excellent, just her smarts, calmness on the field," he said.

"I know it wasn't against a top-tier team but in that first game just her ability to know where the space is and score a couple tries, then to play 14 minutes in the USA Game, it was a big effort."

"She knows and I know there's work to do but she'll get better.

"You play footy to improve each week and each tournament and to re-enter at that level and be effective is a good start."

Charlotte Caslick will also make her return from injury for the Sydney 7s tournament, playing her first tournament since Glendalre after a hamstring injury.

Co-Captain Shannon Parry is the other big name who will be available for Sydney after missing Hamilton with suspenseion. 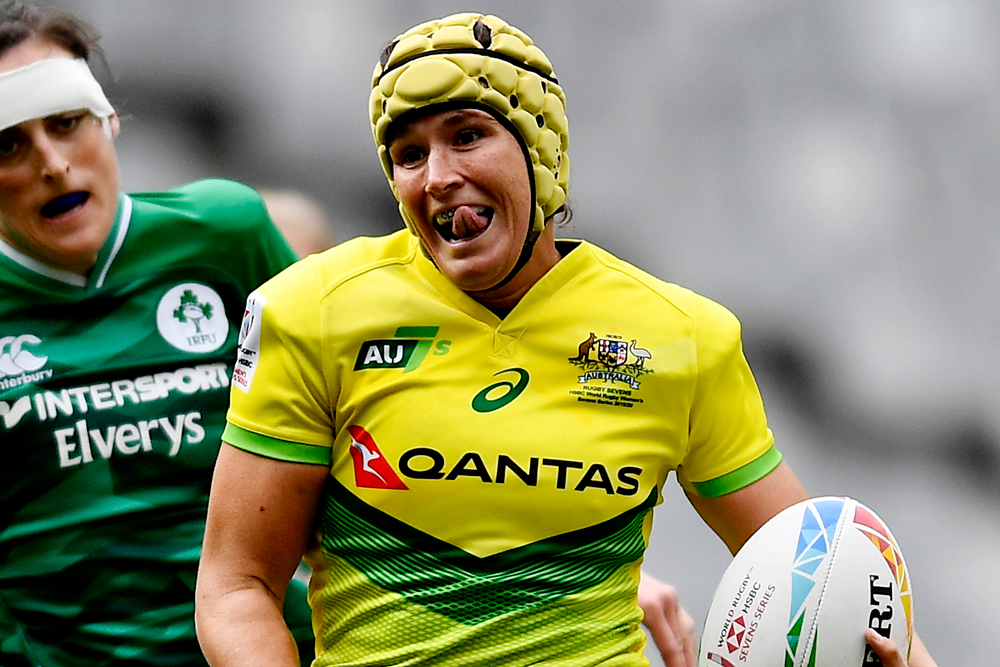 Parry was suspended for seven matches for an incident in the Cape Town Sevens final, forcing her out of the Hamilton competition.

A host of the side's younger players will come to Sydney with a taste of finals rugby as well, after Manenti handed the reins to his rookies in the bronze medal match against France.

"I wanted to give some of the young girls the opportunity to try and close out a game," he said.

"They didn't get there but we learned a bit from it and the end of the day from a selection point of view, had to get them a bit more football to see where they were at."

The Aussie women arrived back in Sydney on Monday ahead of this weekend's Sydney 7s at Bankwest Stadium.