Brumbies rookie Noah Lolesio has declared himself ready to steer the famous franchise around the park in season 2020 after impressing in the side's Super Rugby trial win over the Rebels.

Lolesio was given the first crack at succeeding Christian Lealiifano in the trial, after playing at 10 for the Canbera Vikings in the NRC last season, and he looked right at home on a bigger stage.

The 20year-old looked comfortable among Super Rugby veterans in the Brumbies' only preseason trial, taking on the line with success and combining well with vice-captain Joe Powell in the halves.

Lolesio admitted to pre-game nerves before the clash but those slipped away pretty quickly once the heat was on. 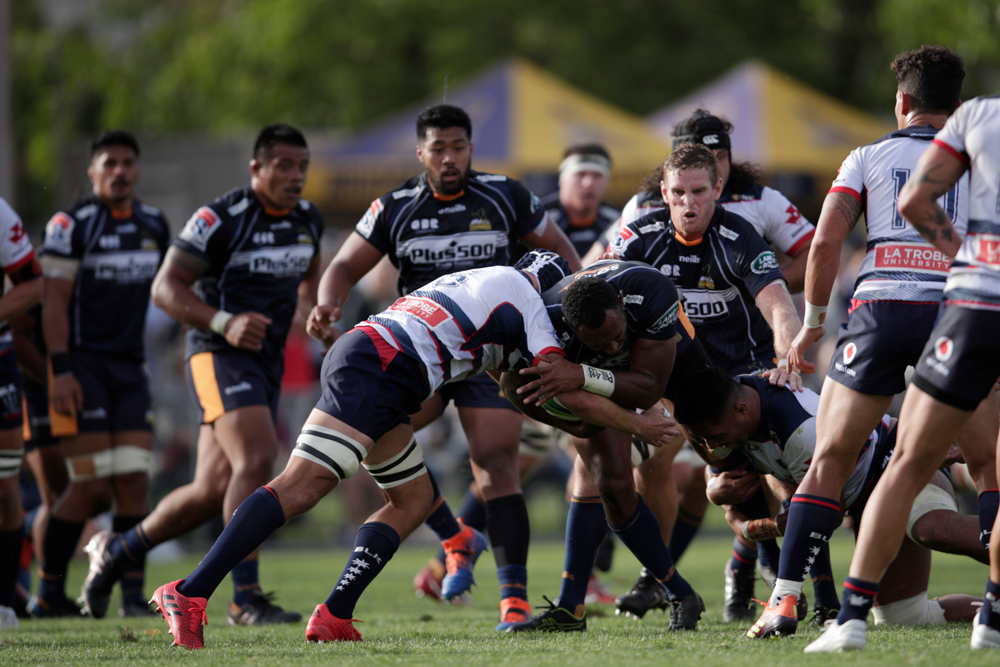 "I was obviously pretty nervous before the game, but when I was there, it felt pretty natural and normal, to be honest," he said.

"I enjoyed it and loved being out there today.

"I want to stamp my name as that number one ten, in that starting role and hopefully I did enough tonight to prove to the coaches that I'm up to it."

Lolesio only had to look up for inspiration on how to handle the pressure of Super Rugby as a youngster, going up against Rebels 10 Matt To'omua.

Just like To'omua a decade before him, Lolesio was identified by Brumbies scouts while still at school, starring in the GPS competition with Gold Coast's The Southport School.

Upon finishing his studies, he too was convinced to pack his bags and travel South to Canberra to be groomed as a playmaking prospect for the Brumbies.

Noah admitted post-game it was a massive thrill to mark one of his idols.

"At first I looked up and was like, 'Woah, he's actually there'," Lolesio laughed.

"It was awesome to play him, the only other big-name I've played against was probably Quade Cooper so to play against Matty To'omua tonight was unreal."

Just like the veteran Wallaby known as "Pup". Lolesio can interchange between 10 and 12, the latter being the role he filled for the famed Junior Wallaby class of 2019 on their run to the World Cup Final in Argentina.

Right now, however, it appears he is locked in a two-horse race with fellow young gun Bayley Kuenzle to be the starting ten of Australia's most successful Super Rugby side.

After starring for the Brumby Runners earlier in the day, Kuenzle showcased his attacking prowess when introduced for Lolesio in the main game and threw  a deft little inside ball to put winger Andy Muirhead over for his first of two second-half tries.

Lolesio admitted the competition between the pair was helping to bring out the best in both their games.

"Obviously we are competing for the same position but we get along very well, he's a great player, it's a good competitive relationship between us, we both push each other on and off the field and we give each other really good feedback as well."

Brumbies coach Dan McKellar said he liked what Lolesio showed across his 60-minute stint, he said the rookie would need to learn from an opening quarter where the Brumbies sruggled to gain territory. 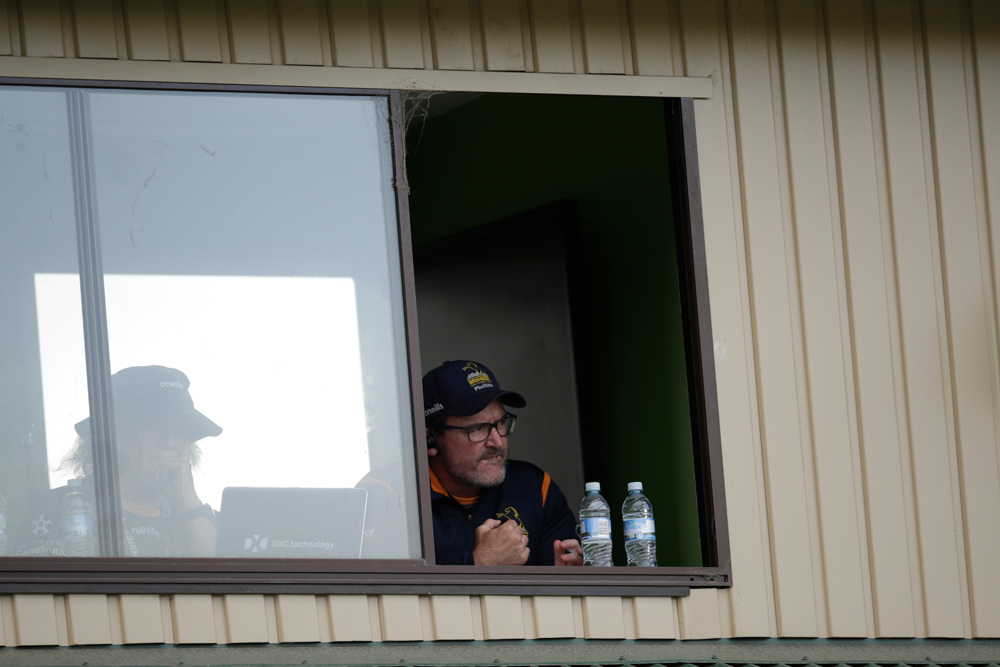 "I thought he controlled the game well," McKellar said.

"He will learn from that first 20-minute period where we did try to play a bit too much from our own end, we have been guilty of that a bit in the past. (We need to be) identifying backfield space when it's open and hitting the corners and not asking our big units to carry 10 or 15 times." McKellar said.

Lolesio echoed his coach's thoughts and addressed this as an area of his game that he could improve on.

"I felt like we played too much footy in our 40, where I could have stood up and played down there, but it's definitely a learning curve."

Lolesio won't have to wait long to find  out whether he has earned a Super Rugby debut, with the Brumbies playing the Reds in the opening Australian match of Super Rugby next Friday night.


The Brumbies take on the Reds at GIO Stadium on Friday January 31 in their first Super Rugby clash of 2020, kicking off at 7:15pm AEDT. Buy tickets here