No sanctions will be handed out under a new high tackle warning trial to be rolled out in Super Rugby this year, SANZAAR confirmed on Monday.

World Rugby last week announced a list of law trials to be implemented around the world, including a high tackle warning system that records players who make hits that are dangerous.

There was speculation that this new trial would lead to suspensions after numerous warnings but SANZAAR moved to quell that concern in an officiating announcement on Monday.

"SANZAAR is focusing on implementing a process that identifies high-risk upright tackles," the statement read.

"The shadow trial will see SANZAAR looking at all tackles each round and identifying tackles in which the tackler is in an upright body position, and in the event it is deemed the tackler has shown poor technique in executing an upright tackle, a warning may be sent to the player and player's coach.

"This process will be an educational process that will aim to educate players and coaches of high-risk behaviours by identifying poor tackle techniques and seeking to inform players of better choices they can make in the tackle zone.

"This process will not impose any sanctions on players. This is not designed to penalise the player in any way but to hopefully shine a light on poor technique that has been shown to increase the risk of significant injury and attempt to affect behavioural change via education and identification." 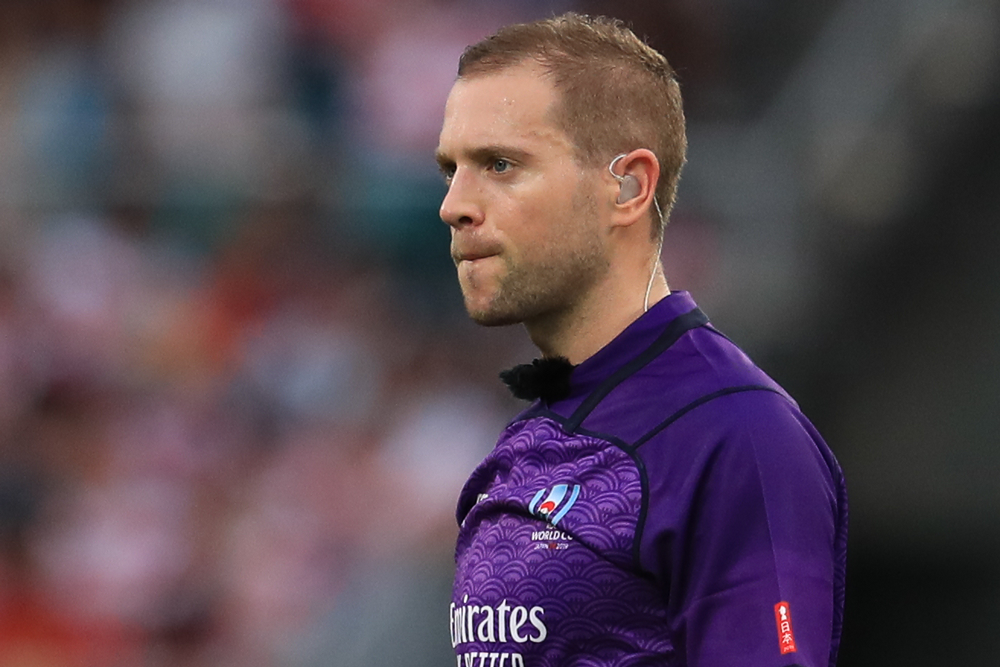 Super Rugby's group of main officials has been trimmed from 15 to 12 for 2020 - Kiwi Glen Jackson has retired, while Nick Briant and Egon Seconds are no longer on the roster.

“The camp has allowed the Super Rugby refereeing team to continue to evolve its game plan and match management protocols, anchored by the key deliverable, "How do we as referees deliver a successful Super Rugby game?"  Within this is the main objective to assist the very talented players in the tournament to play their best rugby," Bray said.

“The refereeing team had a very inspiring and thought-provoking presentation from the RWC 2019  winning coach, Rassie Erasmus of the Springboks.

"There was also a presentation from SuperSport commentators, highlighting how the tournament is broadcast and promoted, and designed to help the referees to understand how they and the tournament are perceived within the sports world.”

Today at 8:22 AM International
Feature