A report emerged on Friday night (AEDT) that the English powerhouse had accepted the second lot of point deductions, after already being hit with a 35-point penalty earlier in the season, for failing to show they had put their squad under the salary cap.

That second 35-point docking would put Saracens' tally at -42 points for the season, a spot from which they would be unable to recover.

Earlier, Saracans had reiterated they will do whatever is "reasonably required" to prove they are operating within the salary cap for the current season as they face the threat of automatic relegation.

The English Premiership and European champions are reported to have been told they will be demoted at the end of the campaign unless they can show compliance following a summit of Premiership Rugby Limited chief executives in London on Tuesday.

In November Saracens were docked 35 points and fined £5.3 million ($10 million) for breaking the salary cap for the past three seasons.

However, patience appears to have run out among rivals over their efforts to fall within the £7 million ($13.2 million) limit for the 2019-20 campaign, having added England internationals Elliot Daly and Jack Singleton to their squad. 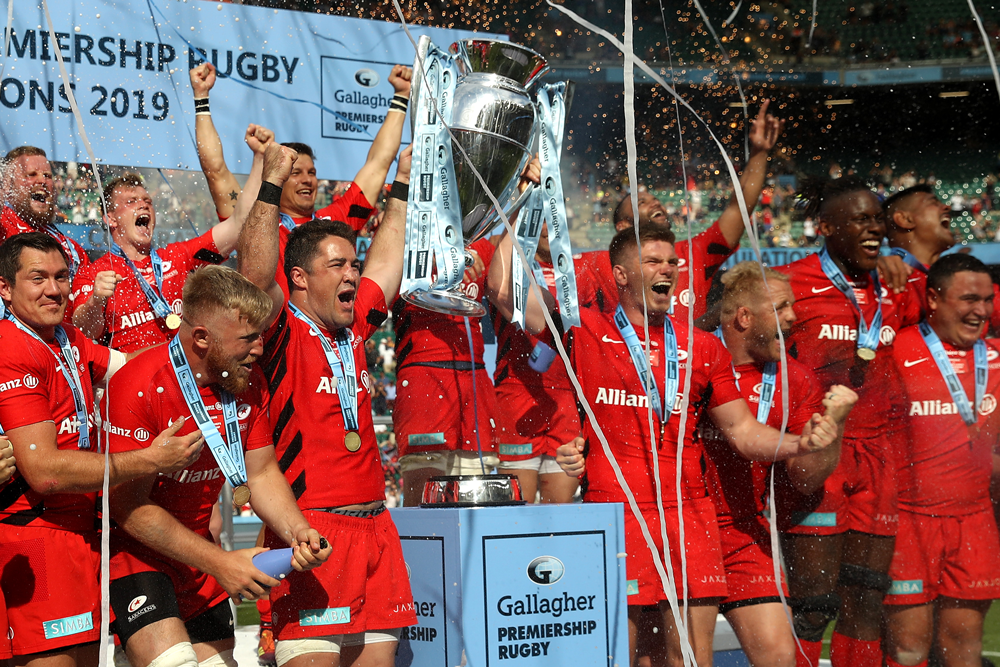 Chief executive Ed Griffiths presided over an emergency meeting of staff and players at the club's training ground on Friday as efforts continue to reduce the wage bill.

Griffiths admitted earlier this month there must either be wage reductions or players trimmed from the squad in order to comply with salary cap regulations. It has been reported that £2 million is the amount of savings needed to be found.

"Discussions are continuing and nothing has been finalised but our position remains the same," Griffiths said in a statement issued to the Press Association news agency.

"It is clearly in the interests of the league and English rugby that this matter is dealt with as soon as possible and we are prepared to do whatever is reasonably required to draw that line."

Answering a series of questions from fans on social media, former Saracens coach Brendan Venter fanned the flames by claiming the club were victims of an "agenda" from their Premiership rivals, who were determined to see them drop from the division.

On the field, Saracens are already facing a relegation battle due to their points deduction, but six wins from their opening eight games of the season had pulled them to within 18 points of safety.

They could also still progress to the quarter-finals of the European Champions Cup if they beat Racing 92 at home on Sunday.