Mack Mason has revealed the unusual strategy he uses to bounce back from in-game errors after dealing with some steep learning curves in the 2019 season.

Mason has long loomed as the primary contender to replace Bernard Foley, who moved to Japan after the 2019 Rugby World Cup, but he will have to earn that starting gig.

The 23-year-old has had limited Super Rugby minutes since making a bold decision to move to NSW, and play behind Foley, from the Reds in 2017.

A start in the Waratahs’ shock loss to the Sunwolves in March last year put Mason in the spotlight and proved a defining moment for the young playmaker.

Mason said he had learned a lot from that match and how to avoid repeating history should he have more Super Rugby opportunities.


“Looking back at it, I thought there were parts I did really well and then the errors came in the second half there - I was a bit fatigued the 60-minute mark and then made errors on errors,” he said.

“The biggest thing I learned was just to come back into that moment, into the present, I've been working on different things with Shane Smith our new manager, who's ex-SAS so he had a few points there and how to get yourself back into the present so you're not reliving that moment over and over in your head.

“if I do make an error and just brush it straight away but for me how to do that.

Mason had one more start in 2019, playing in a 49-12 loss to the Highlanders, but the rising star will need to impress at Leichhardt to push his credentials.

While Mason will have the first go at the flyhalf spot, last year’s U20s flyhalf Will Harrison will also be nipping at his heels along with fellow emerging back Ben Donaldson.

Kurtley Beale has also been touted as an option, even to start at flyhalf in round one, with the most Super Rugby experience of the lot. 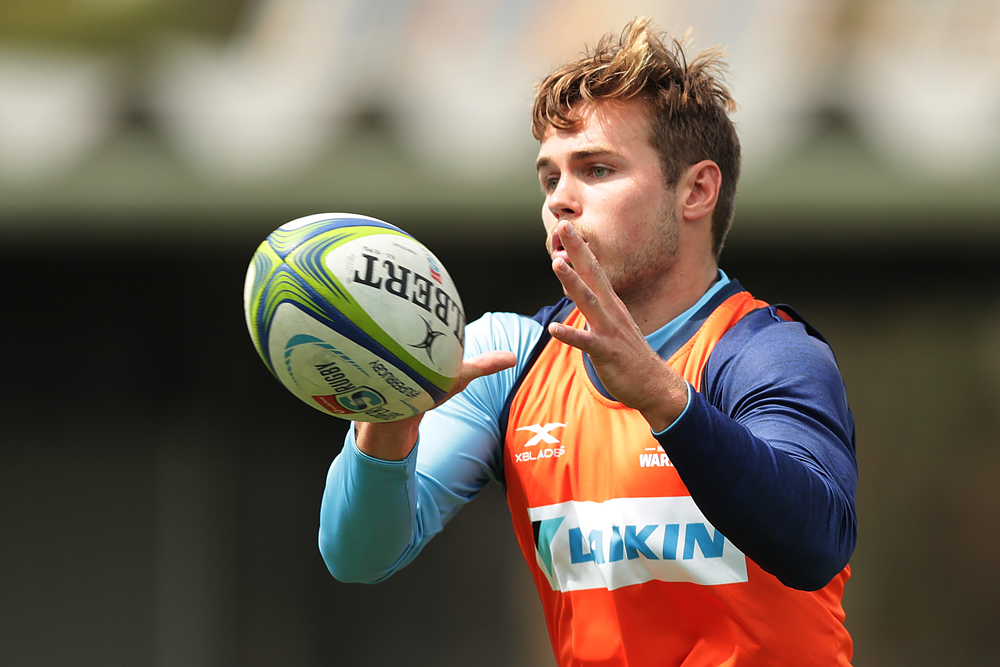 With all that jostling, Mason said he felt an extra significance attached to his trial performance that might have been lacking in recent years.

“Probably the last three years I've known in the back of my head that Nard's going to come back and obviously Wallabies get preferenced and so they should, he's done it for a lot of years,” he said.

“This year's definitely a bit of a different year, bit of a fresh start, definitely trials do matter and trials probably more for the team and how we can get into our shapes and looking to play the way we want to under Rob (Penney).”

Mason is still in touch with Foley and said his predecessor had given him some words of confidence in the offseason after three years of playing together.

“I was pretty close with Nard, I still talk to him here and there now. Probably the biggest thing he said ,'It's your team now', at the end of the year. Just sent me a whatsapp and said, 'Good Luck for the future' just own it and build on what uou've already created so we're still pretty close.

Ten is far from the only position that will have a different makeup in NSW this year, with Sekope Kepu, Nick Phipps, Foley and Tolu Latu among the big names who moved on after 2019.

Mason said there was a different feel around the team heading into the 2020 season.

“A lot of young guys, I think you guys saw at the start of training, we were doing a bit of a dance, a bit of music, just an energy coming through at the moment with positions up for grabs now,” he said.

“In the past, we've all done the preseason and then a lot of guys come back in the new year and played Super Rugby.

“This year, it's not like that. This year, we all put our hand up for that spot and whoever gets it, owns it and if you own it, you'll stay there for a long time.”

Mason will team up with Jake Gordon in the halves while Karmichael Hunt and Lalakai Foketi make up the middle.

U20s star Mark Nawaqanitawase has been named to start at fullback, despite making a name for himself on the wing in 2019.

New centre Tepai Moeroa is out with illness while Ned Hanigan is nursing a niggle but is expected to be fit for the team's second trial next week.

The Waratahs take on the Highlanders on Friday January 17 at Leichhardt Oval, kicking off at 6:45pm AEDT, LIVE on RUGBY.com.au and nsw.rugby.

Brumbies struck down with mumps