The 2020 Six Nations is less than a month away and the squads are beginning to take shape.

With a host of veterans calling it quits after the 2019 Rugby World Cup, this tournament is somewhat of a changing of the guard for many teams.

Everything you need to know about the tournament is right here.

There are five uncapped players in Farrell's first squad since he took over from Joe Schmidt, who like Best stepped aside following the World Cup after a successful tenure.

The uncapped quintet are Ulster's Billy Burns and Tom O'Toole and the Leinster trio of Max Deegan, Caelan Doris and Ronan Kelleher.

Flyhalf Burns was a member of the England side that won the Under-20 world title in 2014 but qualifies for Ireland through his grandfather.

Sexton, who failed to shine at the World Cup in Japan, said being made captain was the "biggest honour" of his career.

"I've done it in patches with Ireland in-game when either Rory or Pete (O'Mahony) have gone off in previous games," he said.

"It's something that I enjoy but ultimately it's a huge honour, the biggest honour of my career, to be asked to do it and I'm really looking forward to it and the challenges that are coming up."

Farrell, who was Ireland defence coach under Schmidt, said Sexton had developed as a team leader in recent seasons.

"You can see what it means to him and the enthusiasm he will bring to the role," said Farrell.

"He has been developing as a leader for a number of years with Ireland, Leinster and the (British and Irish) Lions and he will be a positive voice for the group." 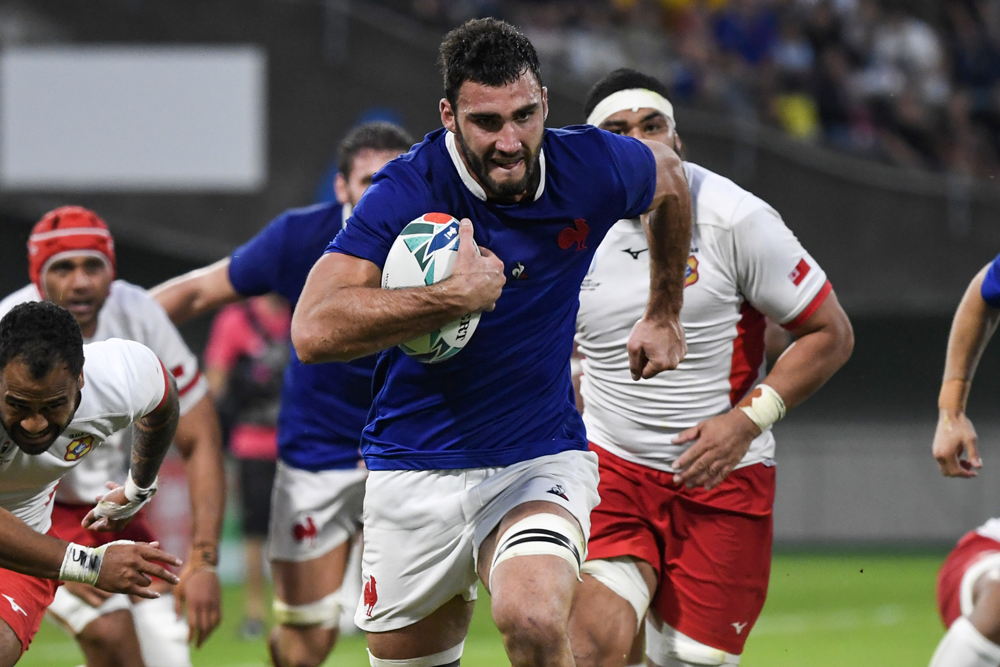 Ollivon, 26, who has just 11 international caps, will lead the side for the tournament as Galthie has chosen not to nominate a permanent skipper as was the case in 2016 with Guilhem Guirado, who has since retired from Test rugby.

"It's an honour to be captain of France," said Ollivon.

"It's a somewhat special moment, quite moving," he added. "I can't wait to start the adventure."

Veterans such as Maxime Medard, Yoann Huget, Wenceslas Lauret and Rabah Slimani, who are all older than 30, miss out. 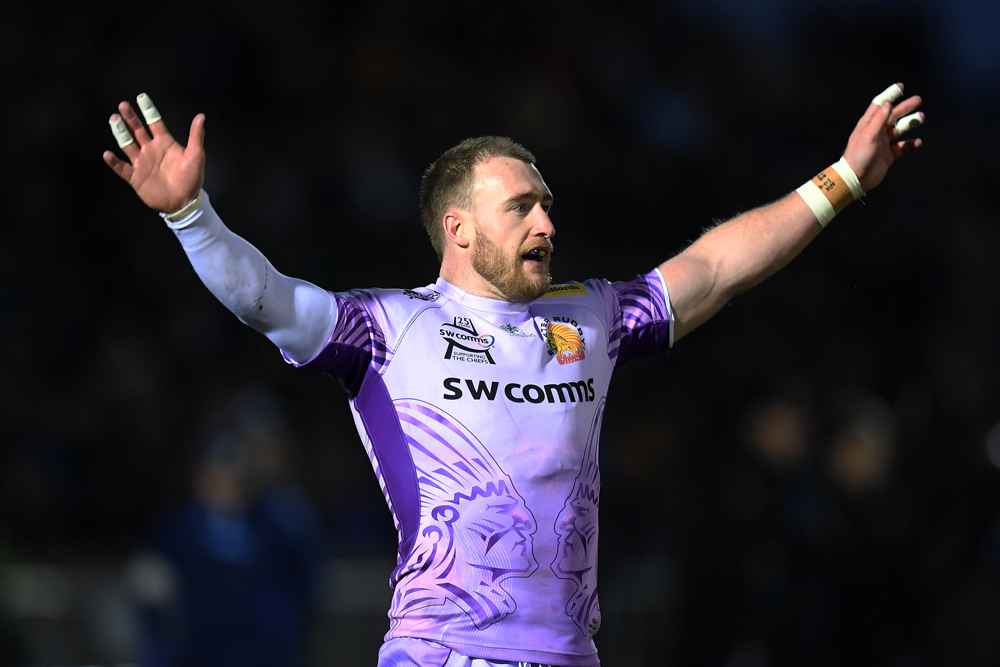 Stuart Hogg has been appointed as the new Scotland captain for the Six Nations, the Scottish Rugby Union announced on Wednesday.

The Exeter fullback takes over from Stuart McInally, who led the team out during last year's disappointing World Cup campaign.

With 72 caps Hogg is the most experienced player in the 38-man squad named by Gregor Townsend for this year's championship, which starts for Scotland with a trip to Dublin on February 1.

McInally was given the armband ahead of former skippers Greig Laidlaw and John Barclay for the World Cup in Japan.

But the Edinburgh hooker had a disappointing tournament and was left out of the starting line-up as the Dark Blues saw their hopes of reaching the quarter-finals evaporate with defeat to the hosts in their final pool match.

Laidlaw and Barclay have since announced their retirements from international action.

"Stuart is very passionate about playing for Scotland and he's determined to do all he can to improve Scotland," said head coach Gregor Townsend.

"He really cares about playing for his country, what the jersey represents and also getting the best out of his teammates.

"He's a really intelligent rugby player who is learning and improving with every season. He's very good at bringing others into the game and building relationships with those around him."

Townsend has handed a recall to centres Matt Scott, Huw Jones and Rory Hutchinson after all three were left out of the squad that travelled to the Far East in the autumn but Saracens' Duncan Taylor is a notable absentee. 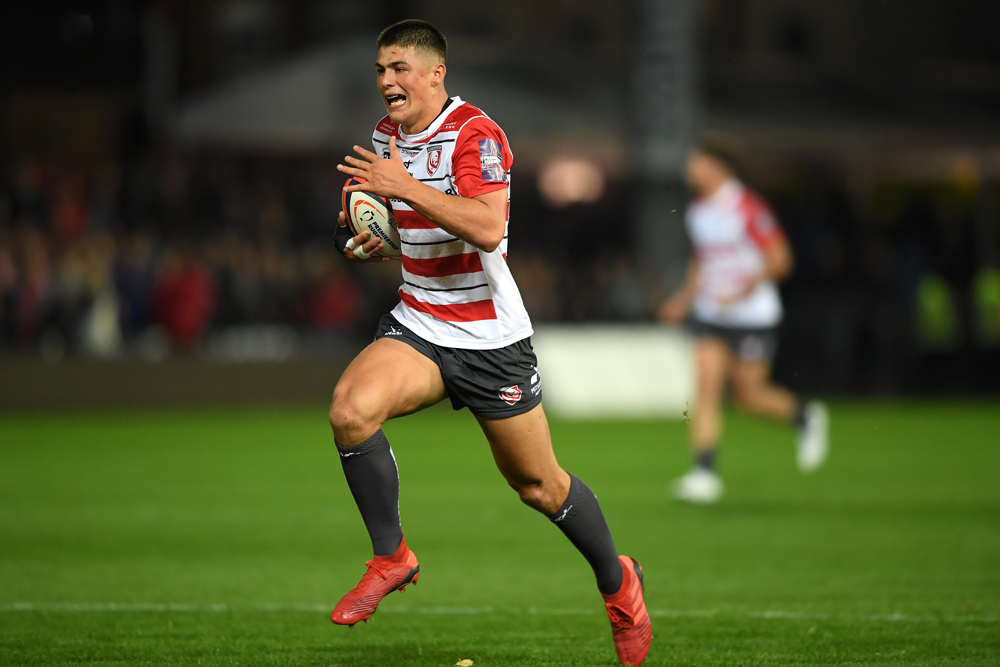 Teenager Louis Rees-Zammit's eye-catching season with Premiership side Gloucester has earned him a call-up to holders Wales Six Nations squad who embark on their first campaign under Wayne Pivac.

Rees-Zammit, 18, is one of five uncapped players Pivac has selected in the 38-man squad that begin their defence of the Grand Slam at home to Italy on February 1.

Rees-Zammit on Monday had been awarded a long-term contract by Gloucester for whom earlier this season the wing became the youngest ever Premiership hat-trick scorer.

Pivac has called up England-born Saracens centre Nick Tompkins, who was a member of the England Under-20 side that won the 2014 world championship.

Tompkins, 24, qualifies for Wales through a Welsh grandmother.

Webb last played Test rugby just over two years ago before joining French club Toulon and ruling himself out of Wales contention because he did not meet the minimum 60-cap selection criteria for players plying their trade outside the country.

However, he is to leave Toulon early to re-join Ospreys as his family failed to settle in France.

The call-up will be a much needed boost for the 31-year-old as he has been told by Toulon owner Bernard Lemaitre he will never play for the club again due to his "dishonest" attitude. 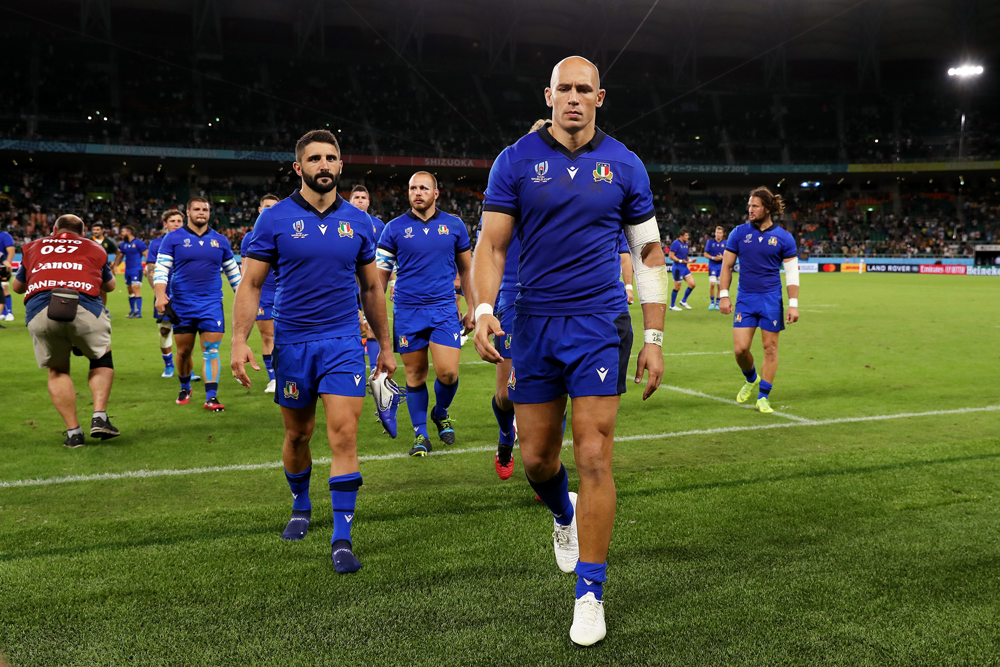 Italy legend Sergio Parisse was not named in the 35-man squad unveiled on Monday for the Six Nations tournament with Alberto Sgarbi recalled after six years and three newcomers included.

Parisse, 36, had planned to retire after the Rugby World Cup but was denied a farewell appearance when Italy's final pool match against New Zealand was cancelled due to Typhoon Hagibis.

Despite his omission the talismanic No. 8 with an Italian record of 142 caps is still expected for a farewell match in the Six Nations against either Scotland (February 22) or England (March 14) in the Stadio Olimpico.

"I will face Scotland, England or both, but I will certainly not play the entire Six Nations," Parisse said.

New Italy coach Franco Smith has recalled 33-year-old Benetton centre Sgarbi, who has not played since June 2014, in a team largely made up of players from Italian Pro14 sides Zebre Benetton Treviso.

Smith has included Zebre prop Danilo Fischetti, who was called up for the World Cup but did not play because of the Typhoon, along with Benetton lock Niccolo Cannone and Zebre full-back Michelangelo Biondelli.

"We have a mixed of experienced players and youngsters who want to establish themselves on the international stage," said Smith, who was appointed interim coach after Irishman Conor O'Shea resigned last November after the World Cup.

"Everyone's contributions will be crucial from the start to prepare the opening game of a Championship which gets more competitive and compelling all the time."

Italy open their Six Nations campaign against champions Wales on February 1 in Cardiff.

The last Italian victory in the tournament was against Scotland in Edinburgh in February 2015, while at home the Azzurri have not won since March 2013, when they beat Ireland in Rome.

The Italy squad will meet in Rome for a training camp between January 19 and 26.