Brumbies coach Adam Butt expects his women to take "another giant leap forward" this season to close the gap to Queensland and NSW but knows his side will be unable to fly under the radar after they pushed Super W's best last season in a bid to make their first grand final.

The Brumbies today named a 34-woman squad for their 2020 campaign, with 17 fresh faces joining 17 players from last year's campaign.

The Waratahs and Queensland women - who will take on the Reds moniker for the first time this season - have duked it out for honours in the first two seasons of Super W, with NSW walking away with the title on both occasions.

And while Butt acknowledges there remains a gap between those two sides and the rest of the competition given the depth in the rugby strongholds, his team is closing, although that won't come as a surprise to the opposition.

"I think we probably lost the element of surprise last year," Butt said.

"After how we performed against Queensland in both games (the round match and the qualifying final), we definitely aren't sneaking up on Queensland, that's for sure - and NSW know everyone is out to get them."

Butt knows none of the clubs is content to stand still while his outfit improves.

"We expect our program to take another giant leap forward this season. And I expect nothing less from NSW and Queensland," he said.

"WA and Victoria are probably on the same trajectory as us, they'll be looking at a huge leap as well. You would hope that our trajectory is bigger than NSW and Queensland's, mainly because they've got such talent and depth there and knowledge, maybe they can't take as giant a leap as we can.

"But they're both phenomenal teams and they won't want us to be creeping up on them so they'll be pushing pretty hard."

While a gap currently exists between the top two and the rest, Butt said that could cause a migration of players that would ultimately help the Brumbies, Rebels and WA women.

"I think players are starting to realize if they want minutes, they're going to have to find them and you're going to see a lot more NSW and Queensland players that are on the fringe look for an opportunity elsewhere and we're definitely seeing that as well," he said.

"Our goal is to close the gap next year but I think you're going to see a much more even comp in the next two to three years."

The Brumbies were on the cusp of landing a coup after being in talks with former Waratahs star Ash Hewson for next season but the former Wallaroo has decided not to play next season after NSW announced her retirement last month.

But they will be bolstered by the return of star forward Tayla Stanford, who was named Super W player of the year at the recent Rugby Australia Awards.

Stanford ruptured her ACL in the Brumbies' finals loss to Queensland at the end of March but her diligent rehab efforts mean she is likely to line up in round one in February.

"She's really been dedicated to (her rehab) this year and I'm really impressed by the maturity she's shown through this," Butt said of Stanford, who had been on the cusp of a Wallaroos call-up.

"She's tracking really well and if all goes to plan, she should see out the whole competition.

"But we'll manage that load so that by the time round one comes around two weeks later, she's had some minutes under her belt and we don't have to manage her through the season."

The side will be also be bolstered by the addition of capped Wallaroo and backrower, Rebecca Smyth who is suiting up for her first appearance in the competition.

Smyth made her international debut back in 2007 and was part of the national side that placed third at the 2010 Rugby World Cup.

She will be joined by fellow Wallaroos and experienced Brumbies, Louise Burrows and Michaela Leonard, with the latter to co-captain the side alongside Jane Garraway.

But the Brumbies suffered a blow with the news last season's skipper and Wallaroo, Shellie Millward, who will miss the season with a shoulder injury.

"There's a really great mix of experience and youth in the squad this year, with a number of women returning and also lots of fresh faces and enthusiasm," Butt said.

"We've been training with the group for a few months and there's so much talent coming through that we've picked a bigger squad to allow all the women to push for final selection ahead of round one, after trials against New South Wales and the Rebels.

"To have someone like Rebecca Smyth come on board for the year is awesome, especially for the young women on our team.  She's got so much experience for the Wallaroos and she can't wait to get out there for the Brumbies."

While several players are already at an elite level, Butt has also singled out a few rising stars to keep watch for, youngsters who have come through the junior ranks and pathway programs in the ACT and will join the Brumbies having already played rugby for years.

"They're dedicated rugby players, they're really good," he said.

The Brumbies' efforts come with one goal in mind. Our ultimate goal is to make the final. We learnt a lot from those two games against Queensland, things we've identified moving forward for women's rugby in general in our region," Butt said.

"We probably didn't clear the ball as well as we would have liked and that put us under pressure a bit, so that's a big focus of ours in the region and it will be a big focus as part of a program in upskilling those areas that probably haven't been exposed to in normal club rugby - because the better players can run the ball from wherever they like.

"But you can't do that in Super W, it's too good of a competition and the players are too good.

"So it's a bit of game management that we're learning. That's up to me and the coaching staff to bring those skills as we need them."

Three players to watch for the Brumbies in 2020

Ella Ryan - The teen playmaker would have been picked for the Brumbies last year had she not been so young but is expected to make her mark this season at either flyhalf or inside centre.

"She's one of the players coming through the academy system, a young playmaker, she's a 10/12 and she's a phenomenal athlete and she's going to go places.

"She could play either role but we're predominately looking at her as a 10, she's got all the skills to do it.

"She would have been picked (last season) but she was too young. She's just finishing school this year and is a dedicated rugby player." 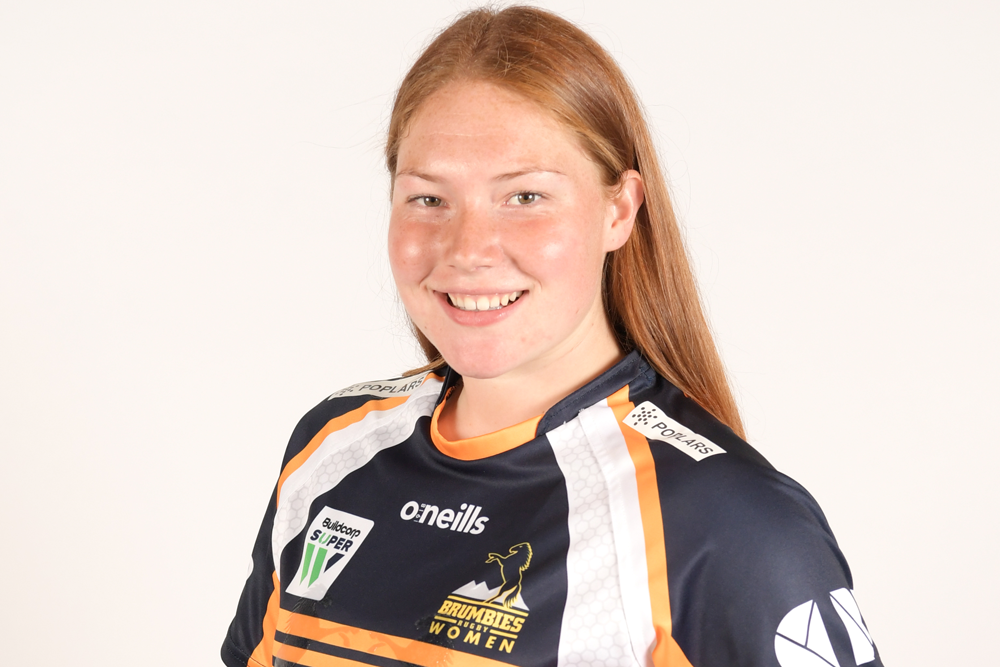 A member of the Brumbies' squad in 2019, Kemp suffered a concussion in the second match and missed the back end of the tournament but her potential was realised with a spot in the Australia A team for the recent Oceania championships in Fiji.

"We're expecting her to take a step up over the next year. She's a lock/no.8 and maybe a prop if we can convert her in time.

"She's got a bright future. Again, she's been in all the pathway systems and just started to dedicate herself solely to rugby and she's finishing school as well this year.

"At school she was into swimming, rowing and other sports but this year she's dedicated herself just to rugby and it's starting to play dividends."

Ainsley Scrivener - The daughter of Canberra Vikings NRC coach Nick Scrivener, Ainsley has come through the pathway program with Ryan and is another youngster on the rise.

"She's a centre, again she's come through the pathway with Ella.

"Her dad was a Brumbies player and Wallabies (assistant) coach.

"She's a really good player. Very young, she's just finishing school this year but she played a bit of Aon (sevens) and she wasn't overawed playing against women, so we expect big things from her this year."