The Aussie teams had mixed fortunes on the opening day of the Cape Town Sevens.

Australia's women opened their campaign with a dominant 32-0 shutout of England, featuring an impressive performance from Ellia Green. 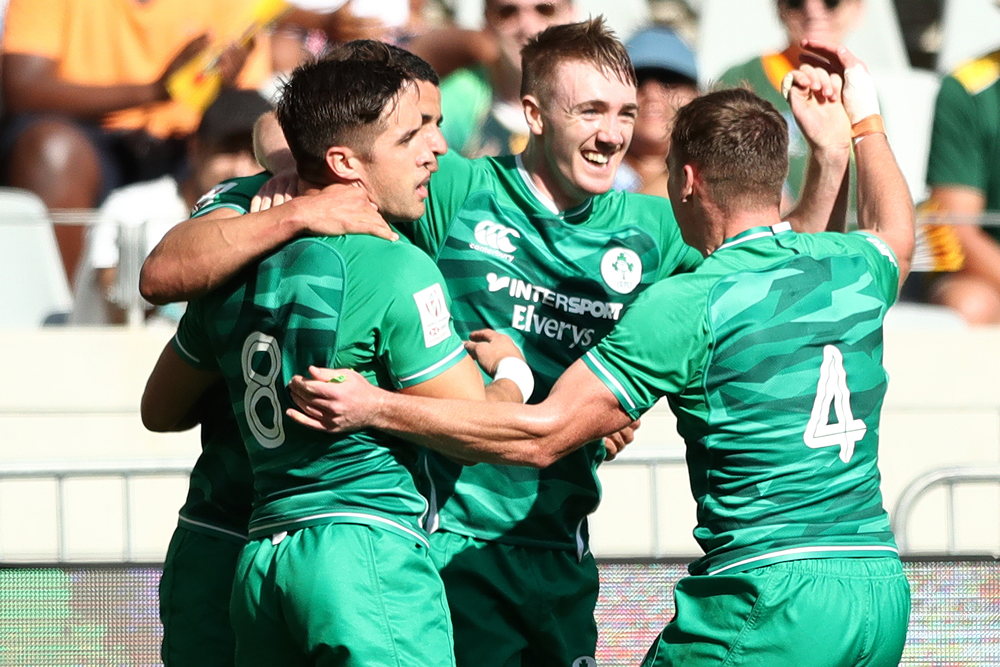 Australia's men suffered a heartbreaking defeat at the hands of Ireland in a 26-21 loss.

Sean McMahon played limited minutes in his first outing in the Sevens fold since 2014 as the Aussies fell in yet another tight match.

The teams were going titi-for-tat until a yellow card for promising youngster Locky Miller opened the door for Ireland to nab the winner at the death.

Joe Pincus was first on the board for Australia before captain Lewis Holland was binned for a high tackle.

Ireland made the most of the one-man advantage to level up the scores before Henry Hutchison found the line to give Australia a seven-point half-time lead.

The Irish were the first to score in the second half and a clinical restart gave them a second consecutive score and the lead for the first time in the match.

Pincus nabbed his second to square things up but another card gave Ireland the opportunity to clinch the win.

It was a major turnaround on the teams' last match up in Dubai in which Australia piled 45 points on the Irish.

Our #Aussie7s girls are off to a flyer here at #CapeTown7s, with a convincing win over England.

Australia's defence was under pressure early and they forced an England error quickly,

Some persistence in attack opened up a gap for Ellia Green to score in the second minute.

A perfectly-timed Emma Tonegato offload gave Green her second off the next restart and the Aussies opened up a 10-point lead.

Green looked like getting a hat-trick, and equalising Emilee Cherry's Australian World Series try-scoring tally, but was pulled down just short of the line.

Madison Ashby had the final say of the opening seven minutes with a quick tap for the third try of the half for the Aussies.

It took less than a minute for the Aussies to cross in the second half with Alicia Lucas finishing off a high-tempo attacking chain to score in the eighth minute.

Sharni Williams added to the score, wrong-footing an England defender to score a super individual try with four minutes to go.

A Lucas intercept sparked another Australian attacking chain that ultimately led to a second Ashby try.

Australia plays Ireland in their second pool match, on Saturday at 5:45pm AEDT.

Brad Thorn rebuilt the Reds from the bottom. But will he be there to finish the job?