Tom Banks was one of the Brumbies stars in 2019 but the fullback is hoping to step up his influence on and off the field in 2020.

Banks, who narrowly missed out selection for the 2019 Rugby World Cup, said he had quickly moved on from that disappointment and turned his attention to the Brumbies' 2020 titles ambitions.

There's no point dwelling on it, what happened happened and you can only look forward to next year. I think there's going to be some new faces and whatnot. I'm just looking forward to getting ripped into this preseason.

While pre-Christmas is often a time littered with new faces and young talent, this year it is the bulk of the Brumbies’ 2020 squad as well. 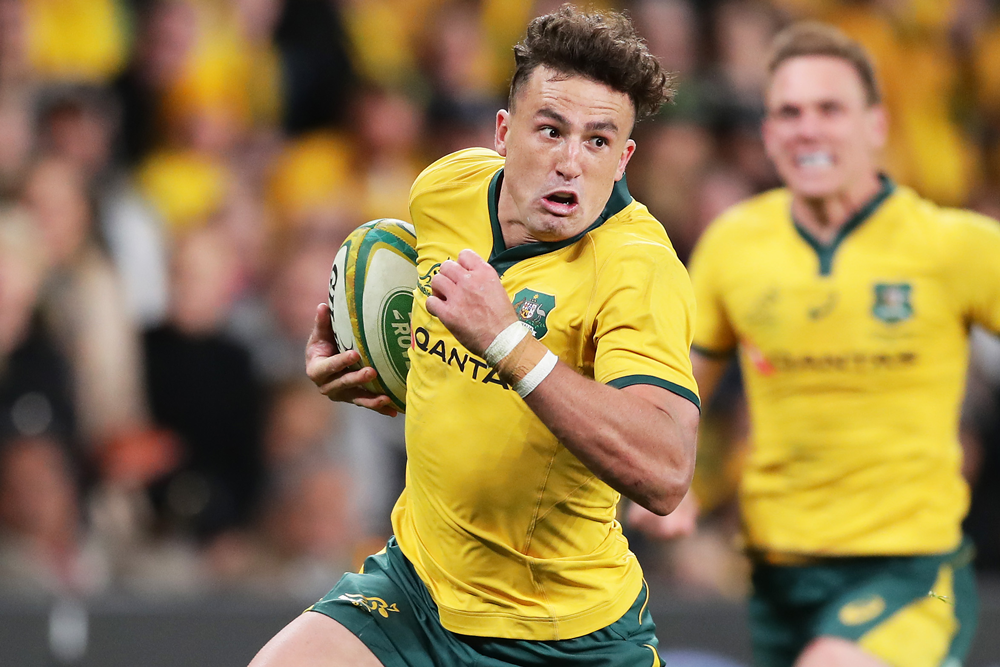 Speaking on the Brumbies' first official preseason training day, Banks said there was a tangible difference around the group with a host of experienced players having left the club, including Christian Lealiifano, David Pocock, Henry Speight and Sam Carter.

“Yeah definitely, you can't fill the void that they're going to leave but that's where we've got people that are going to try and stand up and look to fill their shoes,” he said.

“That's not just one or two people, that's going to have to come from a lot of the people because the work they did behind the scenes and with the coaches, it's tough to really understand how much they really did for this team but we've got boys that are looking to really step into their roles.”

In his fourth season with the Brumbies, Banks is among the most-seasoned players training at the moment and said he was conscious of the need to take that leadership responsibility.

“I'm looking to do that, it's something I really wanted to work on this year and then going into next year... I'm getting a little bit older and looking to help the younger boys and help where I can,” he said.

Banks said he looked to former skipper Lealiifano for inspiration in the leadership area, hoping to earn the respect of his peers.

“I think towards the end of last year, he (Christian) helped a lot of us out and showed us what a good leader does or doesn't do,” he said.

“He very much leads by example and then he doesn't speak too much but when he does speak his words are really taken in by the group and that's something that I really, I'd like to do is really get the respect of the group.

“It's not done easily but I'm looking to do that.”

Brumbies coach Dan McKellar said Banks had been part of a group of players the club had been working to develop as core leaders.

Induction Day: Next Gen Brumbies - Head Coach Dan McKellar talks through the excitement of welcoming the new players to the Brumbies squad! #Brumbies2020


“I think like Banks, Powell, Simone, Andy Muirhead, those guys have got to step up. Christian's obviously moved on as has Henry so it's a great opportunity,” he said.

“We've been working with those guys in the background with our emerging leaders program and now for me the best way to lead is to get in there and do it and you're not going to learn a whole lot via a power point, it's about enabling guys to step up and see how they handle tricky situations and it's their time over the next five weeks in particular and then obviously as we get into the season.”

Tuesday was the Brumbies’ second day of preseason training, the first week in a five-week training block leading into a short Christmas break.

With Super Rugby starting in just over two months, with the Brumbies-Reds clash on January 31, Mckellar said there had been some tweaks to their normal schedule.

“You make little adjustments (because of the early season start),, Friday's our fundamentals day, so the content of that session's probably a little bit different to what it has been in the past where you've got a little bit more time,” he said.

“You need to start to drip in set piece attack and defence and our clearance game and things that in the past you probably would've left until after Christmas, so you slowly drip feed that in.”

The Brumbies kick off their 2020 Super Rugby season hosting the Reds on Friday January 31 at GIO Stadium, kicking off at 7:15pm AEDT. Buy tickets here.

"We owe it to them": Reds want to pounce on rare opportunity