Jamie Joseph has become the second high-profile candidate to rule himself out of the race to be Steve Hansen's successor, re-signing with Japan.

The Japan Rugby Football Union (JRFU) announced on Monday that Joseph had inked a new deal taking him through to the end of 2023 and another World Cup cycle.

Joseph led the Brave Blossoms to their first World Cup quarter-final this year and to an all-time high world ranking of no. 6.

The former Highlanders coach had been considered a frontrunner to take the All Blacks coach, among 26 applicants invited to interview for the job after Steve Hansen's resignatoin.

That invitation came after the JRFU made their desire to keep Joseph public, declaring they had an offer to table for him.

Joseph said he felt he still had more to give to the Japanese setup, in a statement released on Monday.

"We achieved the goal of being among the top eight countries in the World Cup, but there are still more issues to be tackled," he said in a translated statement on the Japan Rugby website. 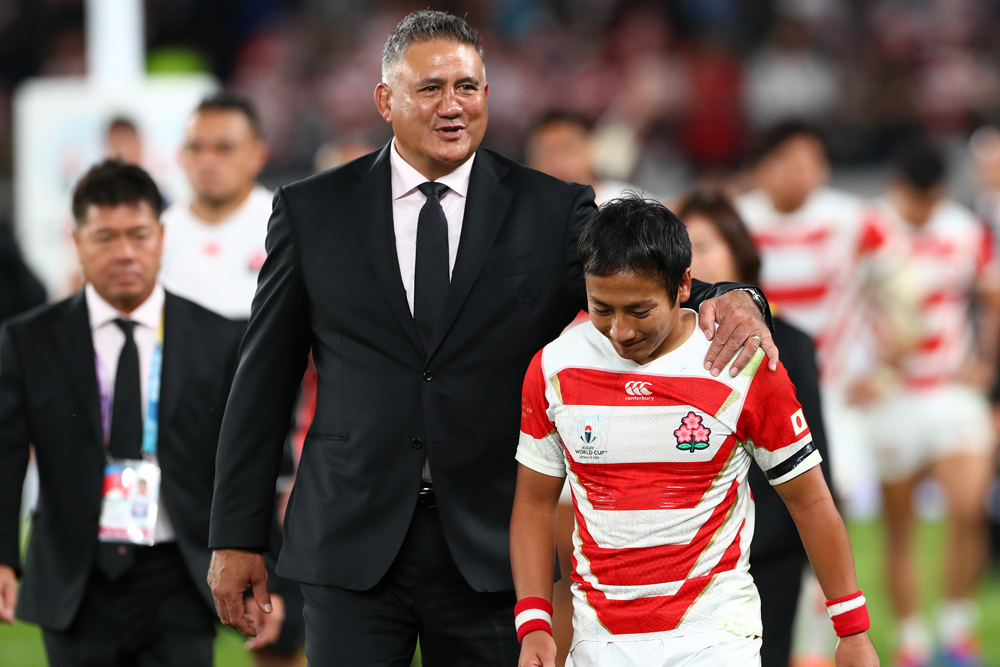 "To that end, I chose the path to challenge with the Japanese national team again. I want to strengthen the team.

"I have a great sense of expectation in Japan of rugby, I think are very pleased to be able to lead the team for the next Rugby World Cup."

Joseph's decision means highly-sought assistant Tony Brown will not be part of the All Blacks setup.

Brown, who will return to New Zealand as a Super Rugby assistant in 2020, said last month that he had turned down offers from both Scott Robertson and Ian Foster to be an All Blacks assistant, only willing to join the staff with Joseph as coach.

Foster and Robertson remain the two biggest names in the All Blacks' running, with a decision expected before Christmas.

Former Chiefs coach Dave Rennie is another well-known candidate who has been contacted by NZR but the Glasgow coach, who has also been linked heavily to the Wallabies job, has given little away about his intentions.

Joseph's move follows that of recently returned Chiefs coach Warren Gatland, who said it would be disrepsectful for him to pursue the New Zealand job when he was already asking the Chiefs to grant him leave to coach the British and Irish Lions coach in 2021.

Super Hub: All the round five teams, officials and broadcast information