Rugby Australia chairman Cameron Clyne has announced he will stand down in 2020, confirming on Monday that he wouldn't seek re-election in March's AGM.

Clyne took over as chairman at the end of 2015 and has overseen a roller coaster period in Australian rugby.

It's a move that will likely be welcomed by sectors of the rugby community, with the former NAB CEO coming in for plenty of fan criticism during his tenure, seen as the face of the decision to axe the Western Force.

Negative sentiment towards Clyne was compounded by the board's decision to retain Michael Cheika as Wallabies coach at the end of 2018 despite two years of poor results.

Much of that decision was believed to be financially-driven but the call did not improve public perception as the Wallabies went on to a World Cup quarter-final elimination in Japan.

Clyne said in a statement on Monday morning that negative sentiment and media coverage contributed to his decision to step down.

“Unfortunately, recently, much of the focus of the media has been directed at myself, which has overshadowed a lot of great work that has been done and continues to be done at the community level through to the national level by our volunteers, administrators, players, coaches, and match officials across the country," he said.

“It is hoped that with my resignation, the attention can return to where it rightfully should be, which is on the field and that this positive work will be highlighted."

In the statement., Clyne pointed to some of the positive advancements in the game over his tenure.

“I have decided that I will not seek re-election when my term concludes at the Rugby Australia AGM in March next year,” he said. 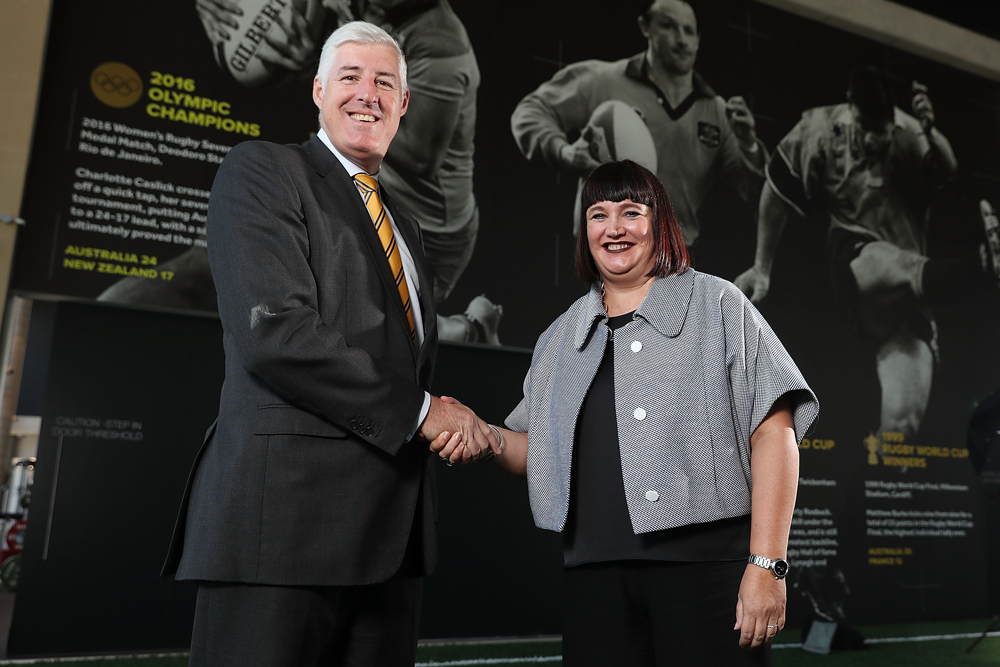 “Notwithstanding the very painful decision to remove the Western Force from the Super Rugby competition and the mixed results of the Wallabies in recent years, there have been a number of achievements and positive advancements right across the game over the past four years.

“Female participation in rugby has tripled, we’ve seen enormous growth in Sevens participation on the back of the gold medal success of our women’s team, and against global trends in participation we have achieved growth in traditional XVs rugby in several states and territories."

Clyne said he was still dedicated to ensuring some key developments were overseen in his final months.

“Over the next four months I, along with the rest of the board, remain committed to overseeing the delivery of a new broadcast deal, the appointment of a new Wallabies head coach, and the conclusion of the legal matter involving Israel Folau.

“During this time, the Board will work with the Member Union Chairs and the Nominations Committee to find a suitable replacement for my position on the Board and I will aim to make a seamless transition from the role, with a replacement in place at the AGM.

“Personally, it’s been an incredible privilege to have served as Chairman and to have been part of such a professional and devoted team on the Rugby Australia Board and I look forward to continuing to support the game after my time in the role concludes.”

Exactly who his successor will be remains to be seen with vice-chairman Brett Robinson having fulfilled his maximum nine-year term.

Three positions were already needing to be replaced when April's AGM rolls around, with Ann Sherry resigning and Robinson and Paul McLean's positions vacant.

Phil Waugh, Pip Marlow, Hayden Rorke and John Wilson are the other directors who are set to continue to beyond 2020.