Wallabies winger Reece Hodge says a three-week suspension showed him the brutal reality of World Rugby’s high tackle crack down and he doesn’t expect to find himself in hot water again.

Hodge was suspended after being cited for a dangerous tackle on Fijian flanker Peceli Yato in their opening Rugby World Cup match, a decision that divided the rugby world.

Twelve players have faced the judiciary over dangerous tackle charges since Hodge's hearing three weeks ago and with the exception of England's Piers Francis all have been handed suspensions.

The tournament has already broken records as the World Cup with the most cards handed out amid World Rugby’s commitment to cracking down on player safety.

Ireland’s Bundee Aki is the latest to go under the microscope after being red-carded against Samoa in an incident that even his opponents say they’re willing to defend him on. 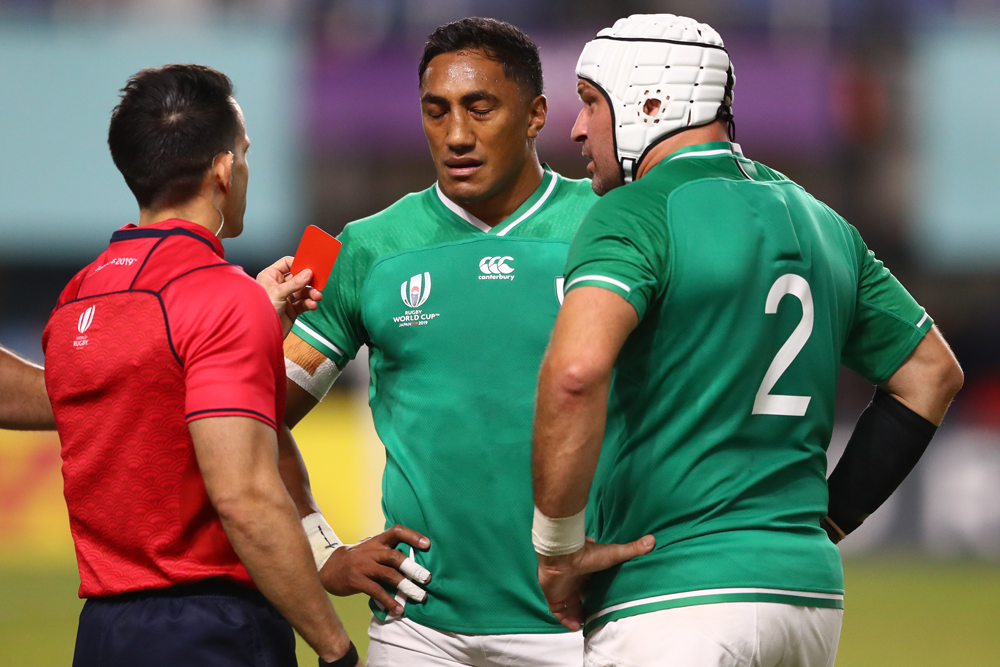 Hodge said tackle technique was something that he was always working on but he wouldn’t be changing his approach if he has another opportunity to play next weekend.

“I think we’re always working on our tackle technique with the coaches and refining things week to week,” he said.

“But as I have said previously, my kind of tackling in the wide channels are always in the low knee-to-hip kind of region and I will still be looking to tackle low coming back into the frame this weekend.

“I learnt my lesson that it is going to be quite harsh if you stray from that kind of goal so I’ll definitely be trying to tackle low this weekend for sure.”

Hodge said his teammates had been his greatest lifters after the reality of his suspension sank in.

“I think the first couple of days after the decision was handed down were pretty tough but at the same time I have 30 of my good mates around me and great support staff around to really help me through that time,” he said.

“The way I kind of saw it was after the first couple of days, there was no point trying to fret about the decision being made and my role was to prepare the team and the guys around me as best as possible for the three games I missed out on.

“I really tried to throw myself into that and help the guys out wherever I could and also to take the opportunity to work closely with each of the coaches and try and improve little bits of my own game to be in the best possible shape for this week and coming back into being available for selection.

“I’m still privileged being over here, being part of my first World Cup and I didn’t let the decision dampen that.” 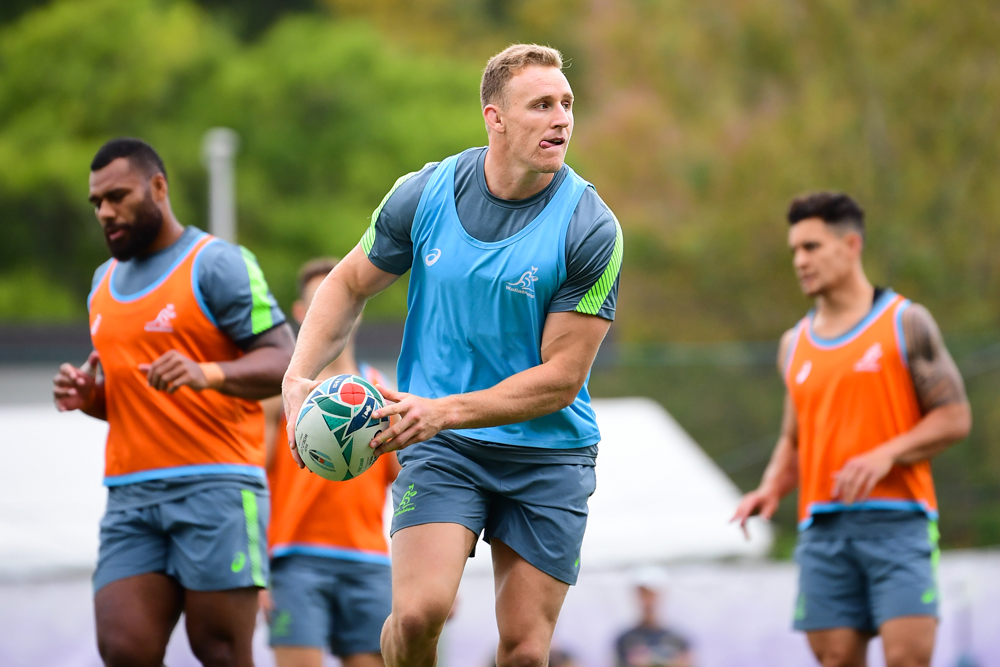 Hodge’s suspension officially ended on Friday night and he will be available to push for selection in next week’s quarter-final.

Teenager Jordan Petaia has been occupying Hodge’s wing spot in his absence while Dane Haylett-Petty and Adam Ashley-Cooper are other contenders for that role.

The fitness of Kurtley Beale, who was concussed in Friday night’s match, could play a big role in selection.

Beale will be assessed by an independent World Rugby doctor, along with the Wallabies team doctor, on Wednesday or Thursday this week before being cleared to play.

With a minimum eight-day turnaround, the Wallabies are confident he will be cleared to play but if he is ruled out, another spot opens up for that group of outside backs.

Wallabies coach Michael Cheika said last week that there was no guarantee that Hodge would be back in the side this week just because he was available and that came as no surprise to the utility.

“For sure, no spot is ever guaranteed in the team and I guess over the last three weeks I really pushed myself as hard as I can in training while also helping to prepare guys individually for the last three games,” he said.

“I’m looking forward to another week of really tough tussles on the training paddock and see what happens come the weekend.”

Australia will most likely play a quarter-final against England in Oita on Saturday October 19, kicking off  at 4:15pm local, 6:15pm AEDT, LIVE on Foxtel, Network Ten and via RUGBY.com.au RADIO, Rugby Xplorer and Amazon Alexa.

UPDATE: "He's not getting rich doing it" - Carter keen to give back in Super Rugby Aotearoa