Rampaging wingers Kotaro Matsushima and Kenki Fukuoka did the damage for Japan, who survived a late fightback in Yokohama to advance as Pool A winners along with Ireland.

The Brave Blossoms will face two-time world champions South Africa in Tokyo next weekend after making it a perfect four wins out of four, roared on by a crowd of 67,000.

Fukuoka, scorer of Japan's try in their 19-12 upset over Ireland, grabbed two more in Yokohama with Matsushima notching his fifth of the tournament for the rampant Japanese.

After a war of words between the rival coaches in the build-up, the teams observed a moment's silence for the victims of the violent typhoon that swept through Japan on Saturday, killing at least 26 and forcing organisers to scrap three pool games. 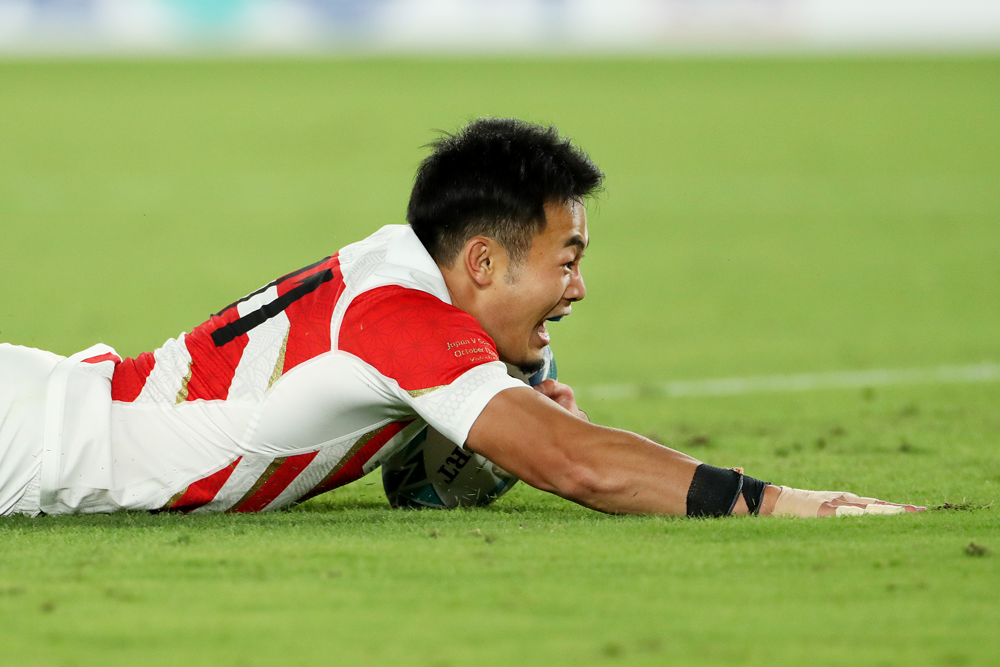 The needle between the sides quickly resurfaced in Sunday's typhoon-threatened Pool A decider, however, as both teams put in some monstrous early tackles.

They've put their bodies on the line every weekend," said Japan coach Jamie Joseph, who has compared his players to Ferraris.

"But tonight they went another level I felt. They obviously wanted that game as much as the Scottish team did. They gave everything they possibly could.

"Everyone that entered the game, from our most experienced to our least experienced, gave 150 percent and that's what it takes to win big Test matches." 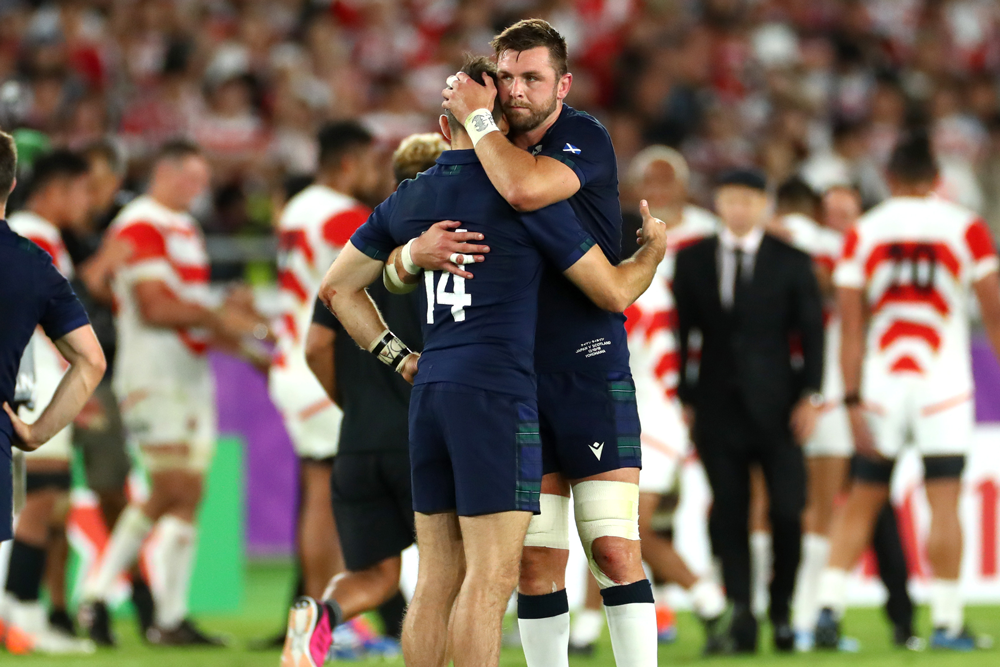 Scotland needed to win while preventing Japan from securing a defensive bonus point -- and they got off to a flying start.

Early pressure told as fly-half Finn Russell broke through to give them the lead after just seven minutes.

But the Japanese hit back quickly with Matsushima latching onto a superb, one-handed offload from Fukuoka to score his fifth try of the tournament.

Even better was to come from the hosts with a dazzling move straight out of a basketball playbook, quick hands between Shota Horie and William Tupou releasing loosehead prop Keita Inagaki to crash over. 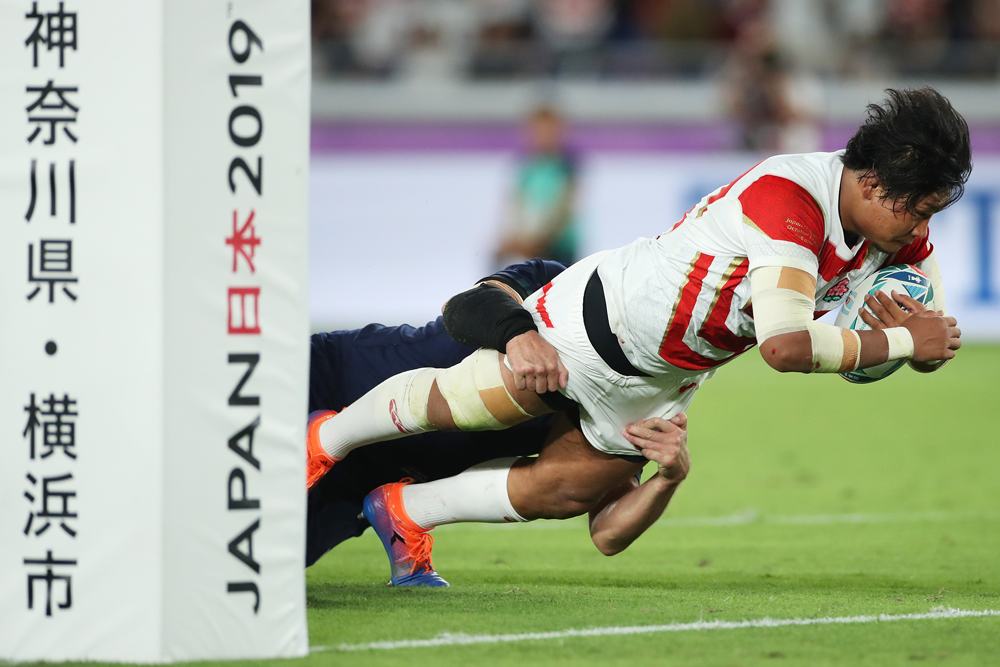 On the stroke of half-time, the jet-heeled Fukuoka plucked a high-bouncing Timothy Lafaele grubber kick out of the air to leave Scotland with a mountain to climb.

Fukuoka then produced a moment of solo brilliance moments into the second half, stripping the ball from Chris Harris before accelerating clear.

When WP Nel and Zander Fagerson bulldozed over in the space of five minutes, suddenly the Japanese were creaking.

But they stood firm in the face of a late barrage to avenge a 45-10 defeat by Scotland that cost them a place in the knockout stages of the 2015 World Cup.

That team, led by Eddie Jones, won three matches, including a breathless 34-32 victory over South Africa in their opening game.

Japan's current vintage thrashed Russia 30-10 and Samoa 38-19 either side of their massive win over Ireland and coach Jamie Joseph will relish the chance to have another crack at the Springboks.