Australia will almost certainly finish second in their pool in Japan, unless Uruguay can shock Wales on Sunday, and England will be waiting for them in the quarter-finals in Oita next Saturday.

England’s final pool match with France, set down for Saturday night, was cancelled this week due to Typhoon Hagibis and Jones said at the time it was an “opportunity” for his team after the “typhoon gods” smiled down at them.

The English squad are already in Japan’s South island of Kyushu having a “mini preseason camp” in Miyazaki before travelling to Oita for the match. 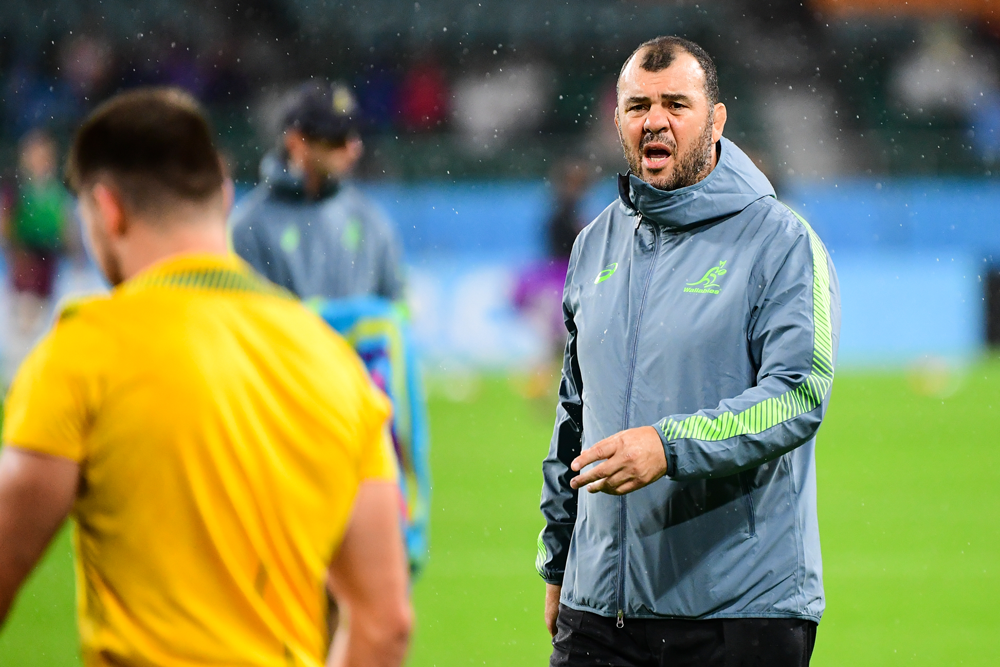 Even post-match it wasn’t clear what the Wallabies’ travel plans were as they assessed traffic and weather conditions in Shizuoka.

Cheika pounced on the chance to heap the pressure on England, speaking after Friday night’s win over Georgia.

“I saw he was saying that that would be an advantage and that the typhoon gods were smiling on them so I suppose they better win,” he said.

“They've had the best preparation according to the coach so they better go out there and win if that's the best possible preparation.

The Wallabies coach was less inclined to make much of his team’s record against England in their recent encounters.

Australia has lost their past six encounters against the English, with their most recent victory coming back in the 2015 Rugby World Cup.

Since then, England won a 2016 series in Australia 3-0 and has claimed victories in three annual Twickenham clashes.

Cheika dismissed the notion that record would matter next Saturday.

“Well, mate, I don't know what relevance it'll have,” he said.

“I don't know if it'll have any, don't really care to be honest  if it's got any relevance, because the only relevance is Saturday so that's pretty much about it.

“It'll all come down to what happens on kick-off.” 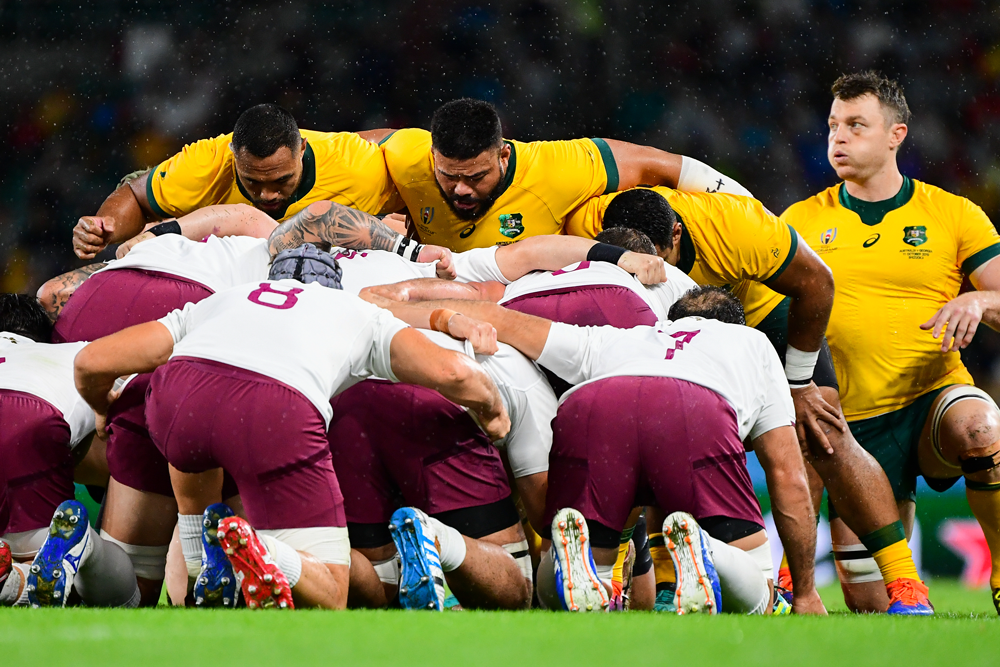 Australia lost their last clash with England, 37-18, and while the Wallabies have had mixed results since, Cheika said he felt his forward pack had made big improvements since then.

“I'm really pleased with the way the forwards are playing. I think they're getting a bit between their teeth, they're liking the battle, they want to play physical and playing with more speed in the forwards than we were last year and I think they'll be really looking forward to this contest, see it in the dressing room already.

Exactly what form Cheika’s team takes when the first whistle is blown next weekend is still unclear after a heap of chopping and changing and he shed little light on his leanings after the Georgia game.

Flyhalf Matt To’omua was impressive in his first 10 start since that Twickenham match in 2018 and Cheika praised him after Friday night’s win..

“Like we do every week, we sit down with selectors, we'll go through the pros and cons of each player according to the team we're going to play on that weekend coming and pick what we think is going to be the best combination of players to do that and the five-eighth position will be no different.”


Wallabies skipper Michael Hooper will return to the team for the match while lock Adam Coleman would also be expected to return.

Cheika was also optimistic about the fitness of Kurtley Beale after the fullback came off with concussion in the 14th minute.

Beale will have eight days to ensure he clears concussion return to play protocols and Cheika was confident he would be in the space to do that.

“He'll go through the return to play protocol,” he said.

"We've got an eight-day turnaround so there's plenty of time for him to get through that, marking all the milestones along the way and he's feeling good in the dressing room now, which is good so we'll just take it as it comes."

Club Corner: The best of the best from Premier Grade Rugby

Reds focus on discipline rather than Tahs

Vodafone Super Rugby AU Team of the Week: Round Five